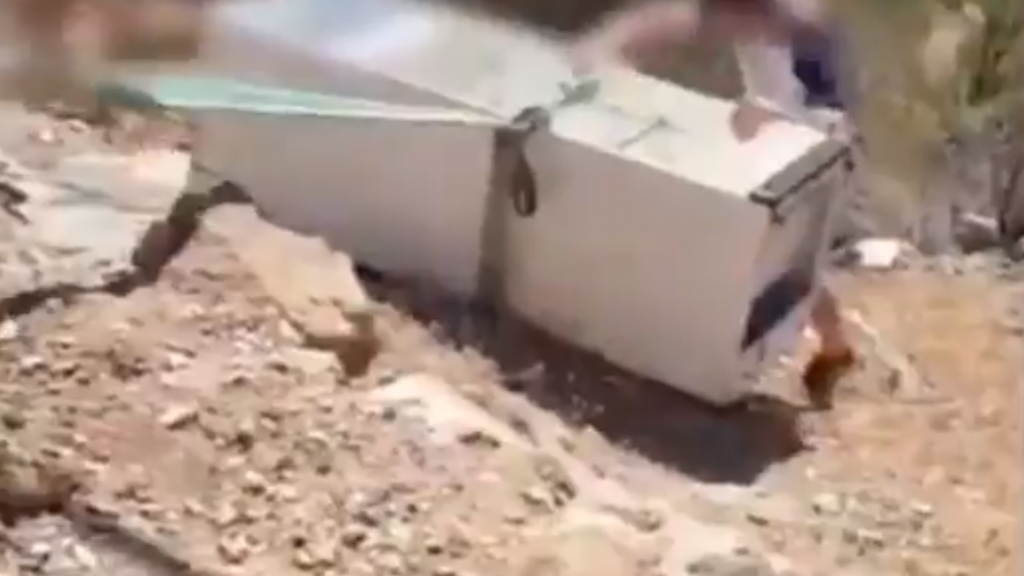 A man who was caught throwing a refrigerator down a Spanish hillside was made to pull it back up again by police.

He was filmed throwing the large fridge across a barrier and down into the hillside while laughing, before driving away in a white van.

However, the Asociacion Unificada de Guardias Civiles (AUGC) later shared a video of him being made to drag it back up the hillside again.

The AUGC told PA: “The investigation is still open, because the Civil Guard discovered that the company (the man works for) could also be committing a crime against nature.”

Investigations are under way after the same man was also filmed throwing a washing machine down a hillside in Almeria.