While thousands strike for the climate, Labour extends its green ideas to the NHS - Canary Workers’ Co-op 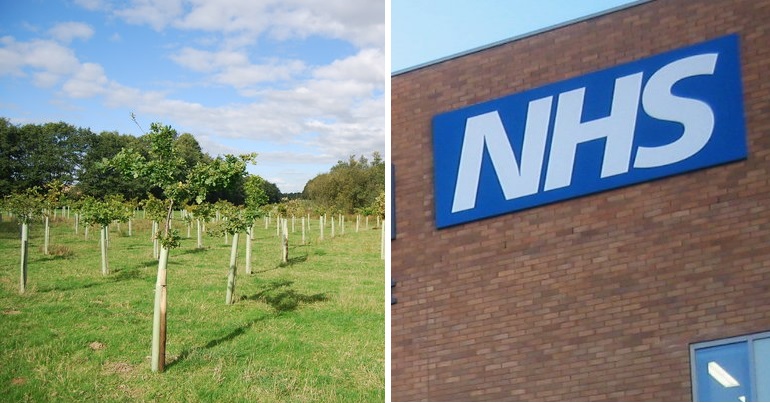 The policy includes plans to plant one million trees at NHS facilities across the country. The aim is to offset the NHS’s carbon footprint, tackle pollution and provide green spaces to encourage patient wellbeing.

Today I’m outlining our Green New Deal for the NHS:

🚑 Move to a fleet of low emission vehicles

The greenest public health service in the world

The new policy also includes plans to install 150,000 solar panels and introduce low carbon emission ambulances. Ashworth plans to declare a climate emergency across the NHS and hopes to make it the greenest public health service in the world. As the Guardian reports, he said:

Actually, the NHS is one of the biggest polluters in the country, representing 6.3% of the carbon footprint in England. It’s more than the annual emissions from passenger aircraft departing from Heathrow. But I want to move to a net zero greenest health service in the world.

You’re not going to resolve air quality just by planting a million trees but it is an important gesture and also, particularly in mental health trusts, access to green space has a huge therapeutic value.

At Labour’s upcoming party conference, grassroots group Momentum is set to back a Green New Deal with a target of zero carbon emissions by 2030.

Jeremy Corbyn is also scheduled to speak at the youth climate strike in London. According to the Guardian, he is expected to say:

We have a prime minister that has called global warming a ‘primitive fear without foundation’. The US president is a full-blown climate denier, putting our planet in danger by pulling out of the Paris climate agreement. And the Amazon is on fire, looted by big corporations with a Brazilian president watching on who doesn’t care.

But when we see young people demanding urgent action, it’s an inspiration. When I see this movement growing – and it’s growing every day – I know we can tackle the climate emergency.

Moreover, he’ll say a Labour government will also “kick start a green industrial revolution”. Climate strike action is taking place on 20 September in various parts of the UK and around the world.