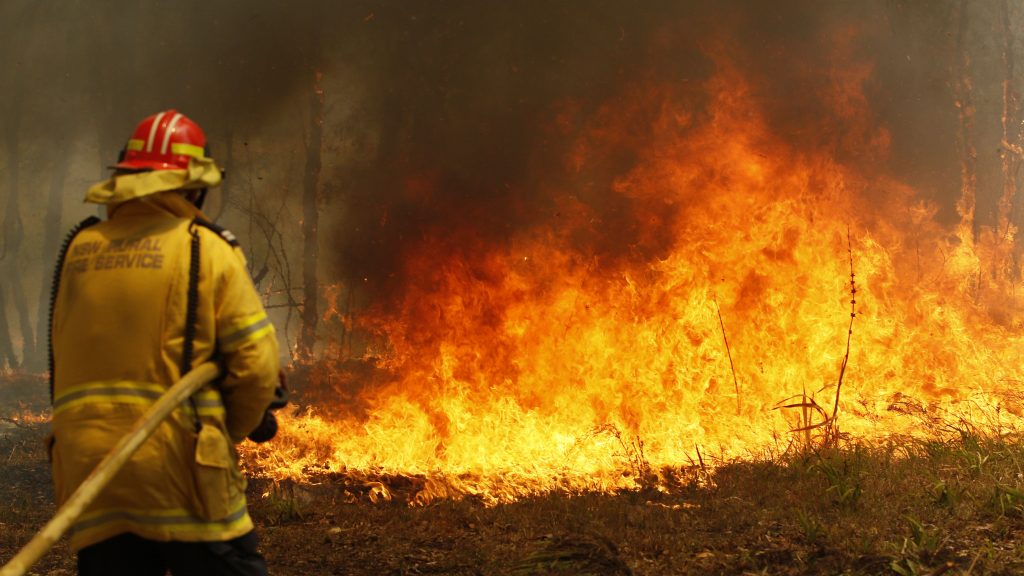 Australia’s most populous state declared a fire emergency on Monday, with worsening conditions expected from wildfires that have claimed three lives and more than 150 homes.

New South Wales (NSW) state emergency services minister David Elliott said residents were facing what “could be the most dangerous bushfire week this nation has ever seen”.

Fires in the state’s north-east have razed more than 3,300 square miles of forest and farmland since Friday.

Fire conditions are forecast to be worse on Tuesday than they were at the peak of the current fire emergency on Friday.

“You might think you’re OK and a few minutes later you won’t be. Please heed all the messages you receive. Tomorrow (Tuesday) is not the day to be complacent,” she added.

Catastrophic fire danger has been declared for Sydney and the Hunter Valley region to the north on Tuesday, with severe and extreme danger across vast parts of the rest of the state.

The week-long declaration of a state of emergency gives the RFS sweeping powers to direct any government agency to conduct or refrain from conducting any of its functions.

It can order the immediate shutdown of essential utilities including gas and electricity in fire-declared areas and can close roads and take possession of any property during an emergency response.

The annual Australian fire season, which peaks during the southern hemisphere summer, has started early after an unusually warm and dry winter. Prime minister Scott Morrison has faced criticism for refusing to acknowledge the likely role of climate breakdown in the increased fire risk.