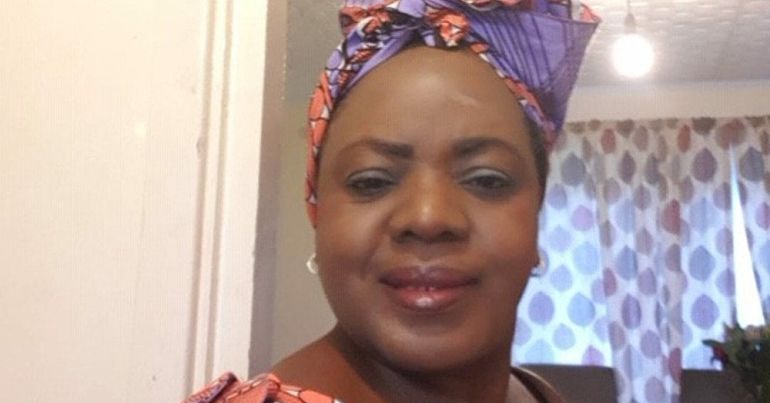 Colleagues of railway worker Belly Mujinga have described feeling “scared” and “vulnerable” after the Victoria station staff member died with coronavirus a fortnight after being spat at while on duty.

It came as the government was urged to extend its coronavirus compensation scheme, offering £60,000 to families of NHS frontline staff and social care workers who die from the disease during the pandemic, to the transport sector.

A police investigation is under way, launched more than a month after Mujinga and a colleague were attacked by a man claiming to be infected with Covid-19 on the concourse at the London transport terminal on 22 March.

Mujinga, a mother to an 11-year-old daughter, was said to have told her bosses at Govia Thameslink Railway about the incident, but police were not called at the time. She later fell ill and died in Barnet Hospital on 5 April.

Victoria station gate worker Victor Bangura told the PA news agency: “Imagine you see someone now like me and the next time they are dead.

“My whole body went into shock. I was very, very emotional. We are all vulnerable, in the same station, it could happen to any one of us.”

Linda Freitas, who has worked at Victoria for 13 years, said: “I don’t think people realise how much abuse we get. We have occasions where people become aggressive, it’s very bad, it’s scary.”

She added she was “anxious and a bit scared” about the prospect of more commuters going back to work after the loosening of restrictions on Wednesday.

She said: “But eventually we will have to go back to normality. As long as we have protection and can keep our distance, but it will be hard.

“If it’s done gradually, let’s see, but if it’s too many people then it will be a bit of a problem.”

Another railway worker at Victoria station, who gave her name as Gabby, said that Wednesday was the first day staff had been given masks to wear.

She said: “There’s not much being done to check all the staff, today is the first day we have had masks.

“There’s been a few more people this morning. Trains have been coming in (on other days) with six or seven people but this morning there’s maybe 25 people on trains.

“I’m really worried about more people coming through and how we’re going to deal with them.”

A security worker who asked to remain anonymous said he was given a mask on Wednesday for the first time and has to bring his own gloves, adding: “I think they’re trying to cover themselves, this should have been done right at the beginning.”

He said since the death of Mujinga he has become “much more scared” and added that encouraging people back to work was a “stupid” decision made “much too soon”.

On Wednesday, the government partially lifted restrictions with a “back to work” message for some, prompting accusations from union leaders that social distancing measures could not be properly observed, putting more workers and members of the public at risk of catching and spreading the disease.

Mujinga’s union, the Transport Salaried Staffs Association (TSSA), called for the compensation scheme to be extended to transport workers who die with coronavirus.

TSSA general secretary Manuel Cortes said in the letter to the prime minister: “Belly Mujinga was one of many transport workers bravely going to work to keep our country moving through the pandemic and ensuring that other key workers can get to their workplaces. She put herself on the front line and she has died of the virus.

“We’re writing to ask you to extend the compensation scheme to Belly Mujinga’s family and to other transport workers who die from coronavirus.

“While we can’t change what happened to Belly, we can and should do everything in our power to prevent any more deaths from this horrific virus.”

The attack on Mujinga, who had underlying respiratory problems, was widely condemned, and Boris Johnson’s official spokesperson described it as “despicable”.

Transport secretary Grant Shapps told BBC Breakfast the incident was “just disgusting”, adding: “Clearly, nobody should ever be spitting at somebody; that’s a criminal offence and I know that investigation is under way.”

Mujinga’s husband, Lusamba Gode Katalay, previously told PA the suspect walked up to her and spat in her face on 22 March.

He said: “The man asked her what she was doing, why she was there, and she said they were working.

“The man said he had the virus and spat on them. They reported it to their supervisor. Belly came home and told me everything.

“We did a WhatsApp video in hospital, but then I didn’t hear from her again. I thought she might be asleep, but the doctor phoned me to tell me she had died.”