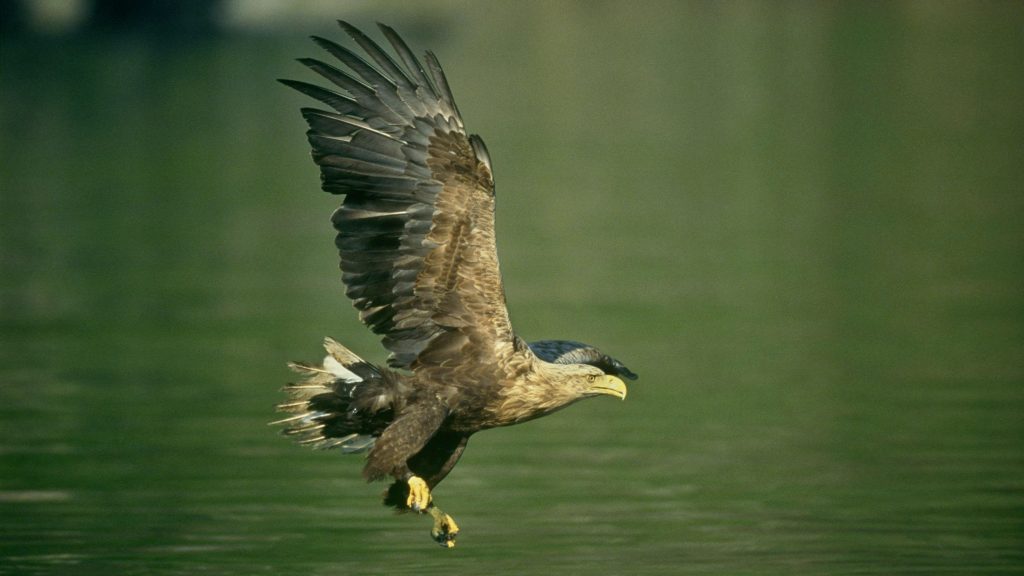 A white-tailed eagle that was found dead in Aberdeenshire had been poisoned, according to police.

The satellite-tagged bird of prey was recovered from Donside in April and a post-mortem examination has now established it died as a result of pesticide poisoning.

Its death is being treated as suspicious and an investigation is under way.

Inspector Sheila McDerment, who chairs the North East Partnership Against Wildlife Crime, said: “As well as being illegal, poisoning is a cruel way to kill a bird.

“It also puts the lives of other creatures and plants at risk, and impacts negatively on our environment.

“This incident is particularly upsetting because these rare and beautiful birds had been reintroduced to Scotland after being extinct throughout the UK.”

She added: “Raptor persecution is one of six priorities set by the UK National Wildlife Crime Unit.

“In the north-east, we work closely with a number of partners to tackle wildlife crime. Members of the public are our eyes and ears.

“I appeal to anyone out there who may hold any information about this incident to help us bring the offender to justice by coming forward and telling us what they know.”

White-tailed sea eagles – the largest birds of prey in the UK – were reintroduced into Scotland in the 1970s after being wiped out in the UK in the early 1900s.

There are now more than 150 breeding pairs in Scotland.

Ian Thomson, RSPB Scotland’s head of investigations, said: “The news that this bird has been illegally poisoned is appalling.

“This crime would never have come to light had the bird not been fitted with a satellite tag, and the killing of this young eagle can be added to a litany of raptor persecution incidents in recent years, including previous poisonings and multiple disappearances of similarly-tagged birds of prey.

“Poisoning is vicious and indiscriminate and we join with Police Scotland in appealing for information.”