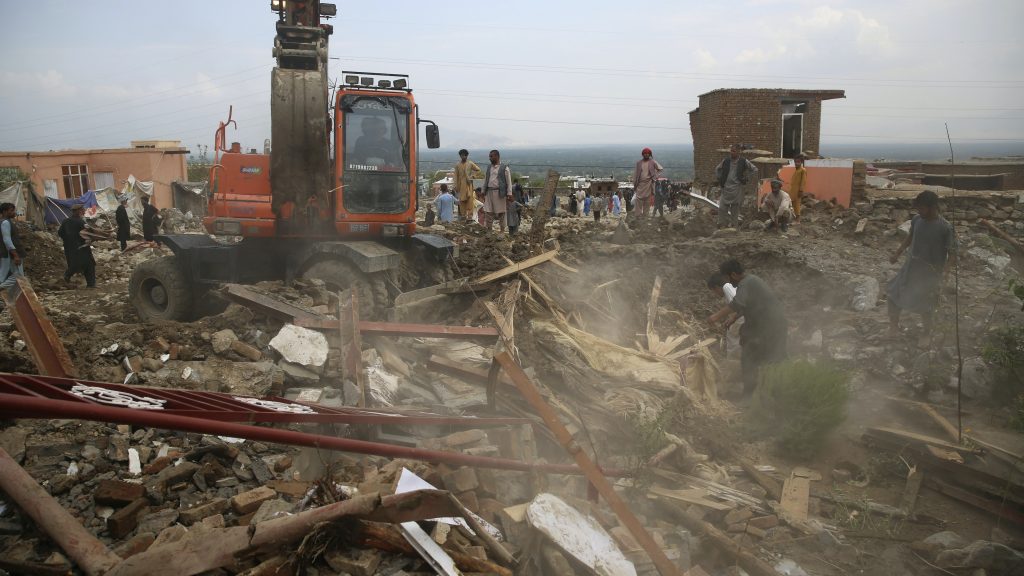 State minister for disaster management Ghulam Bahawudin Jilani said that in northern Parwan province, water inundated the central city of Charikar, where the health ministry said the local hospital was partially destroyed and many of the injured were being transferred to the capital, Kabul.

Spokeswoman for the province, Wahida Shahkar, said the number of casualties may rise as people and rescue teams are still working to locate people buried under destroyed houses. The head of the provincial hospital, Abdul Qasim Sangin, said several children were among the dead and some of the injured are in critical condition.

Shahkar said the flooding started in the central part of the province overnight, following heavy rains and destroying many homes. She called on the government to deliver aid and provide immediate support for workers digging through mud to reach those who were trapped.

Afghan President Ashraf Ghani ordered aid be delivered to Parwan and other provinces while expressing his condolences to the victims’ families.

Ahmad Tameem Azimi, spokesman of the Disaster Management Ministry, said flooding blocked highways to eastern and northern provinces. “Along with rescuing people we are working to open the highways back to traffic,” he said.

Azimi said at least 300 houses were destroyed in Parwan and more than 1,000 people were displaced. He said ground and air support sent to help those trapped by the flooding had reached the provinces. The ministry warned residents of possible flooding in the region with a social media alert late on 25 August, he added.

The flooding waters and rushing mud in the mountainous Parwan province carried thousands of large rocks that caused major injuries and destroyed entire homes, burying people under the rubble.