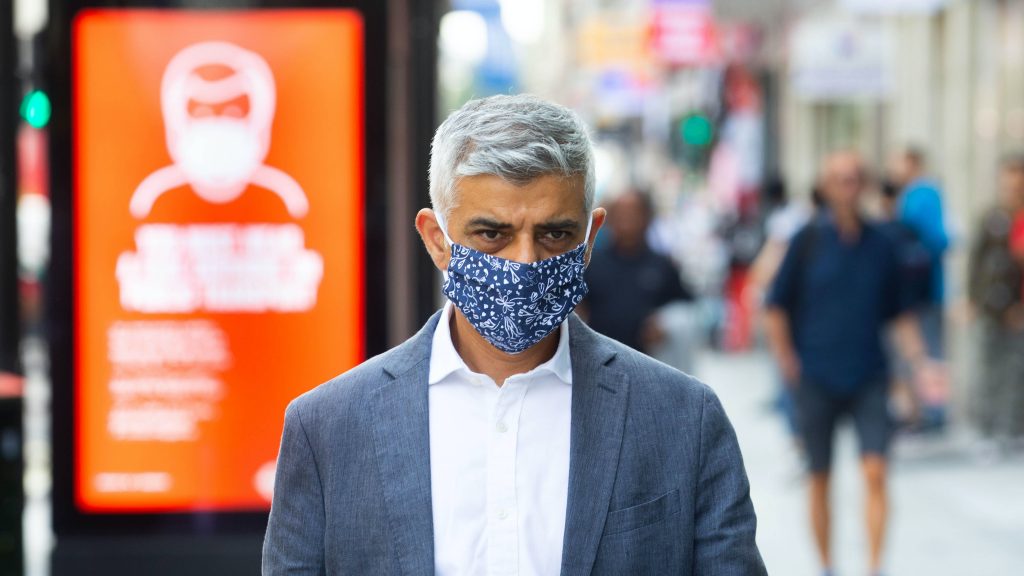 London mayor Sadiq Khan is pressing for new coronavirus (Covid-19) restrictions amid rising infection rates in the capital – including a return to working from home.

Mayoral sources said the city was catching up with disease hotspots in the North West and North East of England, which have been placed under new controls.

While data from only a few days ago suggested London was two weeks behind those areas, the latest modelling seen by Khan was said to show the gap had closed to two or three days.

Tighter restrictions and working from home

The mayor is now urging ministers to extend the latest regional restrictions – including ordering bars and restaurants to close at 10pm – to cover the capital as well.

He is also said to be looking at the possibility of asking those who are able to work from home to do so.

Such a move would be in sharp contrast to the government, which has until recently been urging people to get back to their offices following the easing of lockdown restrictions.

It’s clear that cases in London are only moving in one direction, we are now just days behind hotspots in the North West and North East. We can’t afford more delay.

Introducing new measures now will help slow the spread of the virus and potentially prevent the need for a fuller lockdown like we saw in March, which could seriously damage the economy once again.