Matt Hancock suggests vaccine will be rolled out from December, but not for everyone

The military and NHS staff are on standby to roll out a coronavirus (Covid-19) vaccine across the UK from the start of December, according to the health secretary.

Matt Hancock said there were many hurdles to overcome before the “vast task” of vaccination could begin. These include regulatory approval of the new Pfizer/BioNTech vaccine and assessment of its safety data.

On Monday 9 November, England’s deputy chief medical officer Professor Jonathan Van-Tam told the Downing Street press conference he was “hopeful” there would be “some vaccine by Christmas”. But he also urged caution.

Frankly, we’re in the middle of the second wave, and I don’t see the vaccine making any difference for the wave we are now in.

I’m hopeful that it may prevent future waves, but this one we have to battle through to the end without a vaccine.

Hancock has urged people not to drop their guard and stop following the rules around social distancing, saying coronavirus is “still a deadly disease”. 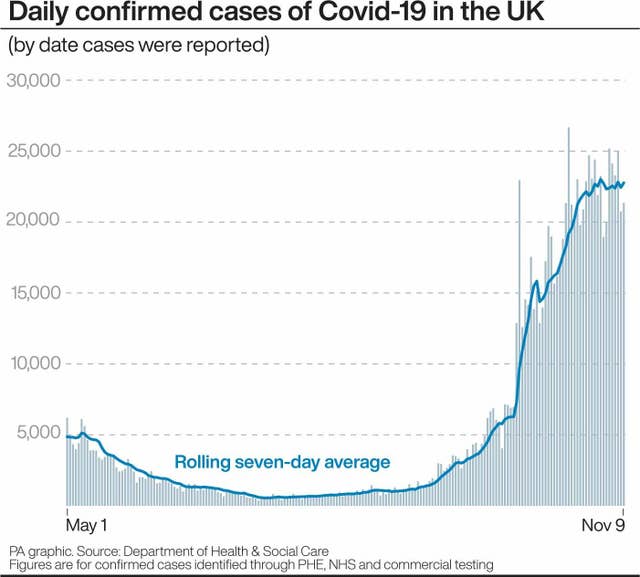 The UK government has ordered 40 million doses of the Pfizer vaccine – enough for about a third of the UK population.

It expects 10 million of these doses to arrive in the UK before the end of 2020, with people given two doses, 21 days apart.

Who will get the vaccine?

Scientists have hailed the announcement from Pfizer and BioNTech as a significant breakthrough in the fight against coronavirus.

Hancock said the NHS was leading work to get a vaccine to those most in need as soon as possible. Though most people won’t get a jab until 2021. Priority will be given to those in care homes, the elderly and health and social care staff. Hancock said:

The health secretary said that once a vaccine becomes available, it’ll be delivered through care homes, GPs and pharmacists. He also mentioned “go-to” vaccination centres being set up in venues such as sports halls. He told BBC Breakfast:

We will be working across the NHS with the support of the armed forces seven days a week, over weekends, over bank holidays, to get this rolled out into people’s arms as quickly as possible

He said the vaccine would not be required for children and that uptake would be voluntary:

I’ve asked the NHS who are supported by the armed services in this – but the NHS very much leading this effort for deploying the vaccine – I’ve asked them to be ready from the start of December.

And, of course, there are many hurdles that still need to be gone over and we haven’t seen the full safety data and obviously that is critical and we won’t deploy a vaccine unless we can be confident in its clinical safety.

But we also do need to be ready should a vaccine be licensed and get through all those hurdles and ready to roll it out.

He said the exact model would depend on which vaccine was adopted. As Oxford University and AstraZeneca are also expected to release results of their vaccine shortly. He went on to say:

The Pfizer vaccine needs to be held at minus 70C until the last few hours before it is deployed, which obviously makes things more complicated

The AstraZeneca vaccine is a bit easier to deploy logistically.

This is promising news, but it is one step of many that we need to take to get out of this and to tackle this pandemic once and for all

Regarding progress on the vaccine from Oxford University and AstraZeneca, Hancock said he didn’t know when their first data would be released.

“We’re not exactly sure when further news will come from the Oxford trial,” he said.

In a Downing Street press conference on Monday 9 November, prime minister Boris Johnson welcomed news of the vaccine breakthrough. But he said it would be a mistake to “slacken our resolve at such a critical moment”.

He urged people to stick with the rules around coronavirus, saying there was still a long way to go.