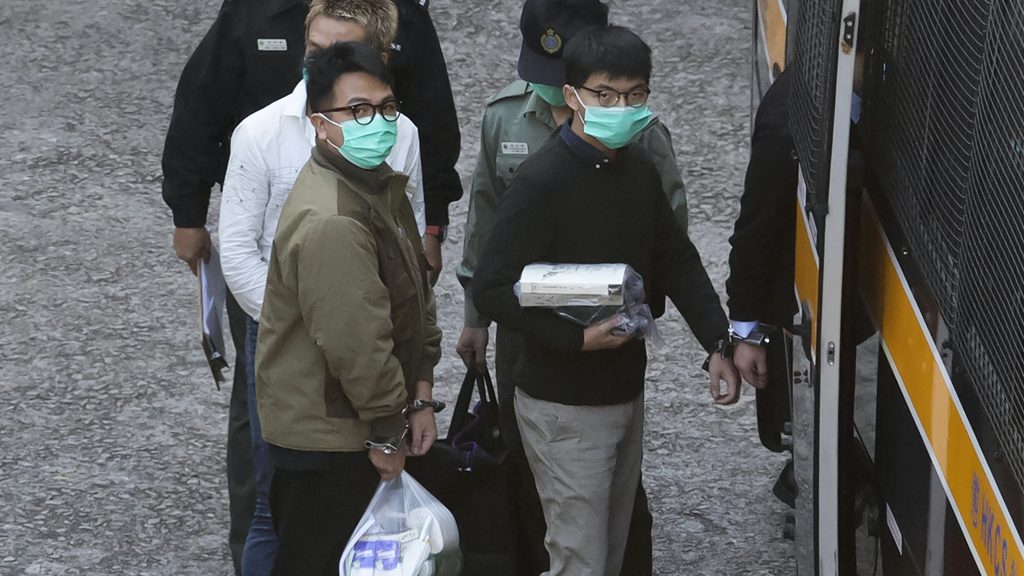 Hong Kong authorities on Monday arrested eight people in connection with an unauthorised protest at a university campus last month. The arrests are part of a widening crackdown on dissent in the semi-autonomous Chinese territory.

The arrests were reportedly made in relation to a demonstration at the Chinese University of Hong Kong, in which more than 100 people protested against a decision to hold graduation ceremonies online. Such ceremonies are often used as a way for students to express political views.

Some protesters had called for Hong Kong’s independence, and held up signs that read “Liberate Hong Kong, Revolution of our times”. The signs were considered to have ‘secessionist notions’ and are outlawed under the city’s national security law.

Councillors among those arrested

Police said they arrested eight people for an unauthorised protest and for inciting secession. However, they did not confirm who they were or whether the arrests were related to the university protest.

University graduate Arthur Yeung, who also ran in the city’s district council elections last year, was thought to be one of those arrested. A post on Mr Yeung’s Facebook page said he was arrested at his home on Monday morning.

Two district councillors, Isaac Lee and Eason Chan, were also arrested, according to posts on their respective Facebook pages.

The eight arrested are currently being investigated by national security officers, according to local newspaper the South China Morning Post, which cited unnamed sources.

The arrests come as Hong Kong and Beijing have increasingly clamped down on dissent in the city, following Beijing’s imposition of a national security law in Hong Kong in June aimed at curbing months of political unrest and anti-government protests last year.

The crackdown has prompted accusations that Beijing is violating the autonomy it promised when the former British colony was returned to China in 1997. It also has triggered warnings that the ruling Communist Party is damaging Hong Kong’s appeal as a global business centre and one of Asia’s most dynamic cities.