Offices are hotspots for coronavirus outbreaks, but workers suffer more than bosses - Canary 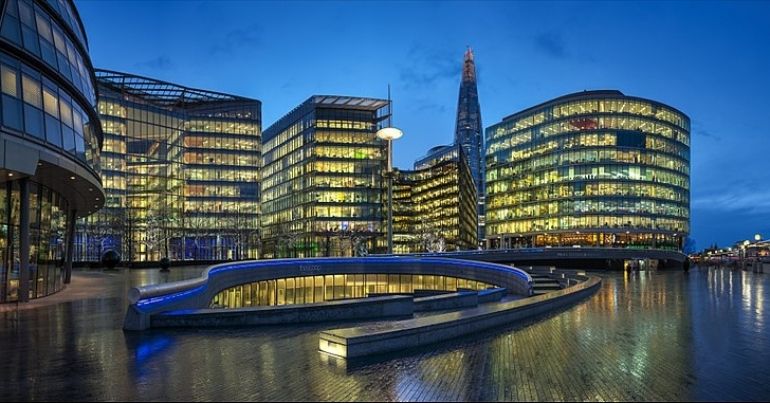 New Public Health England (PHE) data seen by the BBC indicates that offices are the highest risk workplaces for coronavirus (Covid-19) outbreaks. The news comes after the DVLA head admitted to the Transport Select Committee that she had barely been into work since September. Her staff, who had still been going in, reportedly suffered from an outbreak with 535 cases in the same period.

The 5 Live investigations team acquired the data through a Freedom of Information request. The data suggests that there have been:

more than 500 outbreaks, or suspected outbreaks, in offices in the second half of 2020 – more than in supermarkets, construction sites, warehouses, restaurants and cafes combined

It was also reported that, between 6 and 14 January, the Health and Safety Executive (HSE) has received nearly 4,000 complaints about unsafe working practices related to coronavirus.

One worker at a firm in Bristol said that his office still used hot-desking and shared toilets and kept windows closed. He contracted coronavirus in January and passed it on to his partner.

As Twitter users highlighted, this leads to questions as to why employers haven’t been letting people work from home:

So 500 outbreaks/suspect covid outbreaks have been linked to offices! Why tf have employers been forcing staff into work during a pandemic when they could have been working from home? Exploitative employers are scum.

Another person who works for Manchester police said that she was worried if she got coronavirus she’d pass it on to her partner, who is high-risk. She said:

I just stepped out of the office, and when I came back, somebody was sitting at the workstation on the computer and using the phone with no mask. I was really angry and very upset.

Meanwhile, head of the DVLA, Julie Lennard, admitted to the Transport Select Committee that she had only been into work “six or seven times” since September.

Wales Online reported that workers had complained about the absence of bosses and inadequate measures being taken to protect them:

…they had not seen the chiefs of the Government agency at the sites for some time, although they themselves were having to go into work.

They have complained of hot desking putting colleagues at risk, not enough cleaning or hand gel and wipes, and too many people in the building unnecessarily.

This is yet another example of the socio-economic reality of the pandemic, where bosses protect themselves while workers bear the brunt of unsafe working conditions.