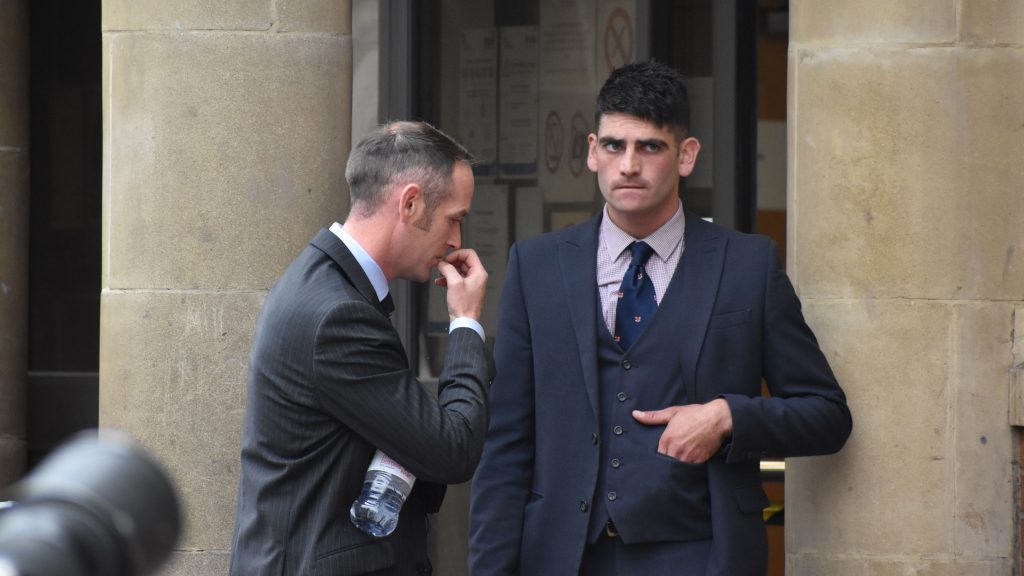 A huntsman and a whipper-in actively encouraged hounds to look for a fox after a trail hunt was set up as a charade, a court has heard.

Both men, who deny any wrongdoing, were captured on camera by the League Against Cruel Sports from an observation point near Breedon-on-the-Hill, Leicester Magistrates’ Court was told.

Opening the case on 24 August, prosecutor Mark Fielding alleged that footage shown to the court had captured terriermen trying to dig out a fox.

Addressing a bench of three magistrates,  Fielding said of Finnegan and Matcham: “I think they accept they both worked for the Quorn Hunt.

“They both accept that identification is not an issue and that they were the gentlemen on the grey and the bay horse in the red coats.”

Disputing the men’s claims that they were taking part in a legitimate hunt following a pre-laid scent, the prosecutor said: “The Crown will say there is a charade going on.

“The Crown’s position is, as you have seen, that the hounds were taken to the covert (den) where the Crown say they knew there was a fox.

“They were there for 10 or more minutes, we say encouraging the hounds in their endeavours.

“They made no attempt whatsoever to lift them (the hounds) and take them elsewhere.

“They were at least supine in their efforts. The Crown say they actively encouraged the hounds to look for that particular fox.”

Claiming the footage showed terriermen arriving on a quad bike to dig up the fox, Fielding asked: “If this is a genuine drag hunt, why have you even got terriermen in the field? You don’t need them.

“The terriermen were there because this was a proper fox hunt going back to the olden days.”

Finnegan, who lives at the premises of the Quorn Hunt in Kirby Bellars, near Melton Mowbray, Leicestershire, and Matcham, of Kennel Drive, Badminton, South Gloucestershire, both deny illegally hunting a wild mammal with dogs.