Before you swat that fly, read this! - Canary 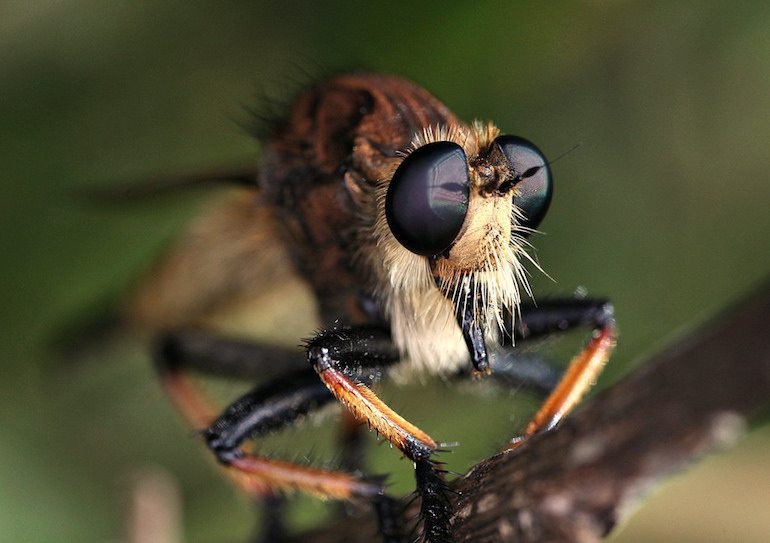 Everything you thought you knew about insects and consciousness could be thrown into question with this latest evidence: Scientists now believe that insects are conscious and egocentric. So when you swat that fly or step on that spider, they might actually be more aware of it than we give them credit for. Does this mean that insects have feelings, too? And what are the ethical consequences of this?

Scientist Andrew B. Barron and philosopher Colin Klein created a buzz with their recent PNAS publication. They argue that the most basic aspect of consciousness – and one that insects experience – is subjective experience. That is, the mental impression that we are experiencing “selves”.

In humans and other vertebrates, part of the brain called the midbrain is responsible for these feelings. The insect brain has something similar. Which means, insects probably feel something. Not “Oh I would love to have peri peri chicken for lunch today”. But more along the lines of “I flew into something. I am aware that something is there if I go in that direction. Now I must fly around it.”

In other words, insects have an awareness combined with some kind of memory. Or the ability to self-reflect.

The scientists even argue that insects are egocentric:

They don’t pay attention to all sensory input equally,

The insect selectively pays attention to what is most relevant to it at the moment, hence (it is) egocentric.

Insects evolved during the Cambrian period, which was the beginning of a profound change on Earth. Before, the majority of life on Earth was composed of simple, small unicellular organisms that, fossil records indicate, lived in the oceans.

Arthropods – the ancestors of insects, spiders, and crustaceans – were among these lifeforms. 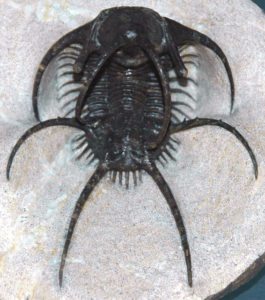 Trilobites were abundant in the Cambrain period. Image via Flickr / James St. John

It is at this time, Barron and Klein argue, that consciousness must have first evolved.

When organisms began to move freely in their environment, they faced many new challenges,

They had to decide where to go next. They had to prioritize their needs. They had to interpret sensory information that changed as a consequence of their motion. That required a new kind of integrated modelling, and that’s where we think consciousness arose.

The team wrote at The Conversation that they did the research to explore:

whether insects can feel and sense the environment from a first-person perspective. In philosophical jargon, this is sometimes called ‘phenomenal consciousness’

So, do insects have feelings? The answer, based on this research, is likely yes.

Klein and Barron state that their article was intended simply to propose a hypothesis, rather than offer a conclusion to whether insects have feelings or not. They put it forward because they think we should have this debate.

Some scientists believe that all living matter, even plants, have a rudimentary type of awareness.

As Christof Koch, president of the Allen Institute for Brain Science, tells the New York Times:

consciousness is nearly ubiquitous in different degrees, and can be present even in nonliving arrangements of matter, to varying degrees.

The neocortex, in humans, is involved in higher functions. It’s basically what helps us to think. The similar circuitry being present in insects further suggests that they do have some kind of self-awareness.

What are the ethical repercussions of knowing that insects are conscious and egocentric? Does their sense of self-awareness extend to feeling pain?

The question of whether insects feel pain has received little attention in the literature, despite its obvious biological interest and ethical consequences.

Invertebrates – animals without backbones like insects, shell fish and worms for example – have the ability to experience nociception – the capacity to detect and respond to noxious or aversive stimuli. Fruit flies possess the neurotransmitter that causes pain in humans, and earthworms have been shown to possess endorphins. More complex members of the invertebrate family, such as crabs, recently passed the bar for showing that an animal feels pain.

Traditional views argue that insects likely don’t have the extended neurological structures that translate a negative stimulus into more of an emotional experience.

How do insects respond to injury? An insect with a damaged foot doesn’t limp. Insects with crushed abdomens continue to feed and mate. Caterpillars still eat and move about their host plant, even with parasites consuming their bodies.

Philosopher Peter Godfrey-Smith tells the New York Times that though it’s plausible that insects may have many different types of awareness, such as motion for example, he thinks that they:

were not good candidates for feeling pain

He goes on to say that:

Insects might have subjective experience, but not of a kind that has a lot of ethical consequences

It’s clear that there’s still a good deal more to know about insect neurobiology. The scientific community may still be undecided about insects and consciousness, but this research serves to open the debate.