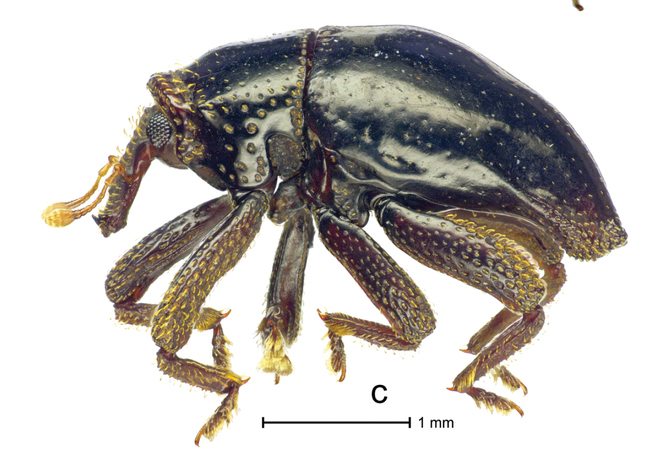 Scientists have recently discovered a new type of beetle in Papua New Guinea with hairy brown legs. And, of course, they decided to call it Trigonopterus chewbacca, after the legendary hairy creature from Star Wars.

The study published in the journal ZooKeys describes the new species:

This species has dense scales on the head and the legs, which reminds the authors of Chewbacca’s dense fur

This “mini-Chewy” only eats plant sap and many yellow stubby hairs stick out of its exoskeleton.

Co-discovered along with three other beetles, this insect adds to the collection of 20 or so Curculionidae family members, discovered only a few years ago. Usually endemic of the forests of Melanesia (a group of islands in the Pacific Ocean, near Australia), this is the first sighting of Trigonopterus beetles in New Guinea.

The overlap between entomologists and Star Wars fans seems to be pretty big, as this is not the first insect named after a Star Wars character.