Depression could be lifted by Magic Mushrooms, according to new research - The Canary 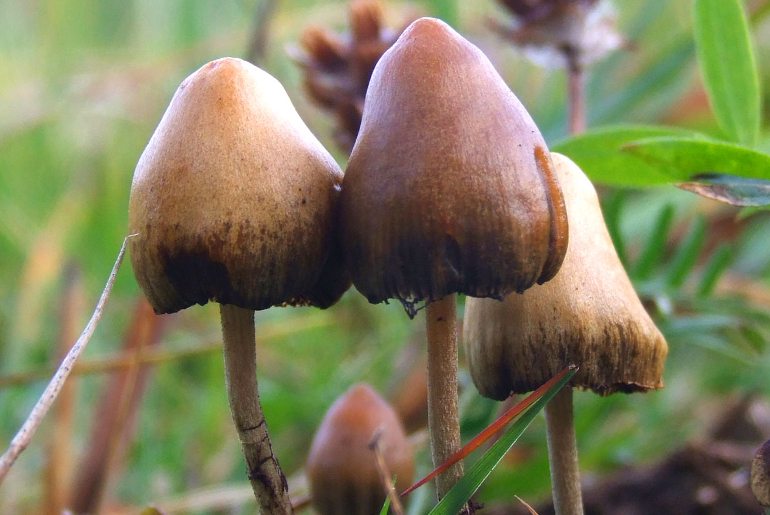 DISCLAIMER – We are not actually suggesting that you go out and pick, buy or consume magic mushrooms…

Magic mushrooms could be used to cure treatment-resistant depression according to trailblazing results obtained by a team at Imperial College London. Twelve patients in the pilot trial were administered psilocybin, the active ingredient of magic mushrooms, and eight of these had a reduction in symptoms a week after dosing, with seven of the eight being in remission from depression at this point.

These extraordinary results fly in the face of the commonly held belief that magic mushrooms and other psychedelic drugs are more likely to trigger mental illness than cure it. And it is a class A psychedelic drug after all so can it really have medical benefits?

Robin Carhart-Davis, lead scientist of the team, is trying to overturn these deeply embedded beliefs, by carrying out this initial study to demonstrate the safety and feasibility of using psilocybin, in the hope of carrying out larger trials to confirm the theory that psilocybin can successfully treat depression. Carhart-Davis also states in the paper, published in The Lancet Psychiatry, that:

The team took extreme care in screening people suitable for the trial, excluding anyone with a history of drug dependance, psychosis or suicide attempts. Psychological support was also made available to the participants during the administration of psilocybin, and at any time following the trial. The participants had to take a dose of the drug strong enough to experience hallucinations. Carhart-Davis was reported in The Mirror to say of the experience for the trial participants:

These experiences with psilocybin can be incredibly profound.

Sometimes people have what they describe as mystical or spiritual-type experiences – that’s not uncommon, particularly with the high dose. So it’s important that we provide psychological support afterwards.

We didn’t see anything unexpected and the adverse effects were mostly things that we predicted and were relatively mild.

There is a huge and growing need for alternative treatments for depression. According to the Mental Health Network NHS Confederation 19% of adults in England reported that they had ever been diagnosed with depression in 2014. And it is estimated that by the year 2030, in the UK, there will be approximately two million more adults with mental health problems than there were in 2013. Also, an estimated 10% – 30% of patients do not respond to typical antidepressants, and these are the people psilocybin treatment is aimed at.

Professor David Nutt is a one time advisor to the government on the misuse of drugs and also a member of the psilocybin research team. He is highly critical of the government’s regulations on the use of psilocybin in research. Magic mushrooms were added to the Schedule One drugs list by the controversial clause 21 of the Drugs Act 2005. Nutt described the study as a “landmark” and said in The Mirror:

it cost £1,500 to dose each patient when in any sane world it might have cost £30… Because it’s [psilocybin] Schedule One, its subject to a whole panoply of regulations that make research almost impossible

Nutt thinks these obstacles to research into the therapeutic use of psilocybin could be lifted quickly if it was classified as a Schedule Two drug by the Home Secretary, which would enable prescription by doctors.

By three months after the trial, seven of the patients had maintained their reduction in symptoms, and five patients remained in remission, which is remarkable as spontaneous recovery is rare in people with treatment resistant depression.

The authors of the study are aware of the biases present in this small-scale study, particularly the possibility of placebo effect due to the large amount of psychological support given. They are keen to proceed to a larger double-blinded placebo-controlled trial which will counter these biases and hopefully confirm the initial trial’s findings.

However, this next crucial step might be the hardest to achieve with the exorbitant cost of trials for a Schedule One drug, which will be amplified by the fact that greater numbers of patients are needed as drug trials progress. It may be a long time before we see psilocybin making it on to the shelves of  our local pharmacies.

A previous Canary article on research into the possible therapeutic applications of  psilocybin can be read here.