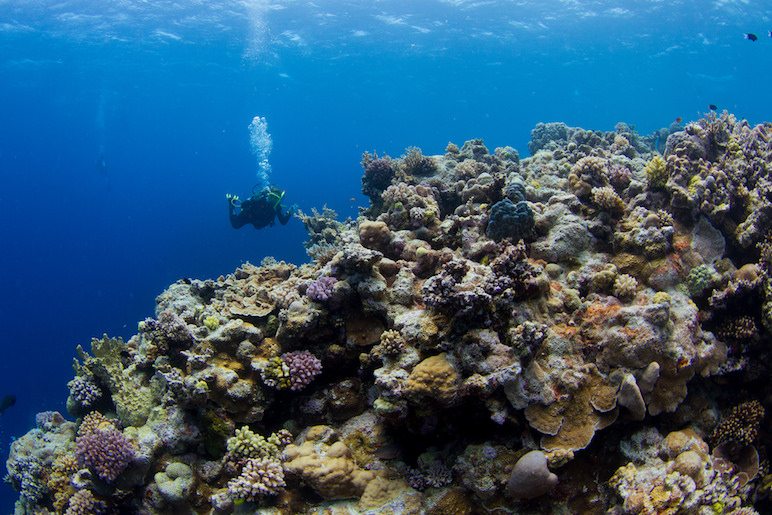 The “World Heritage and Tourism in a Changing Climate” report is a major United Nations project that highlights the effects of climate change on World Heritage sites. Naturally, you’d think that big Australian tourist spots like the Great Barrier Reef and Kakadu would be featured prominently in the report. However, the lead author expressed shock on Friday after finding out that all references to Australia had been removed in the final version, after intervention from the Australian government.

If we don’t talk about it, it’s not happening?

The lead author of the report, Adam Markham of the Union of Concerned Scientists (UCS) was shocked after finding out that every reference to Australia had been removed in the final version of the report, as revealed by The Guardian on Friday.

The UN report is said to provide:

an overview of the increasing vulnerability of World Heritage sites to climate change impacts and the potential implications for and of global tourism. It also examines the close relationship between World Heritage and tourism, and how climate change is likely to exacerbate problems caused by unplanned tourism development and uncontrolled or poorly managed visitor access, as well as other threats and stresses.

Using a series of case studies from World Heritage sites around the world, many of them iconic tourist destinations, the report purportedly shows how “climate driven changes currently, or could in the future, threaten their outstanding universal value, integrity and authenticity, as well as the economies and communities that depend on tourism.”

However the report, which was jointly published by the UCS and United Nations, was heavily modified after intervention from the Australian Department of Environment, who believe that the report could damage tourism to the regions mentioned.

As the Union of Concerned Scientists have stated:

The Great Barrier Reef is known to be in trouble. It has recently sustained massive damage following intense coral bleaching events caused primarily by ocean warming. The current worldwide bleaching is the third, and worst, recorded. All bleaching events recorded have happened since the late 1990s. As John Pandolfi, a University of Queensland professor who contributed to recent high-profile coral surveys, says:

Things aren’t going to be as good as they are now—we can look forward to some very difficult times. The reef is going to continue to degrade.

The Park does have some restrictions – fishing is restricted in some areas and particular animals such as whales, dolphins, green turtles and dugong are protected, for example.

The Australian government does admit that tourism may also have a negative impact:

with fragile corals broken by reef walking, dropped anchors or by boats dropping fuel and other sorts of pollution. Even the number of people in the water with the associated run-off of sweat and suntan lotions may well have a negative impact on the fragile reef environment.

Which makes it even more baffling that they’d want the information censored in the UN report.

An explanation is warranted

Markham, the outraged lead author of the UCS report, believes that nothing in the original report would have come as a surprise to anyone. As he says:

You can read in the newspapers almost every day what the threats – including global warming – are to the Great Barrier Reef.

Markham has stressed that UNESCO themselves were “fantastic to work with”. It’s the Australian government that seems to be bearing the brunt of his dismay.

He believes that rather than having a negative effect on tourism, the original, un-edited report could have helped to persuade the international community to want to prevent climate change.

Environmental and conservation groups have expressed shock and dismay at the “cover-up” by the Australian Government. The Australian Marine Conservation Society has condemned Greg Hunt, the environment minister for claiming that all was being done to try and save the reef. And Great Barrier Reef campaign director Imogen Zethoven says that the intervention by the government showed that they were “in denial”.

The original draft chapter of the report, published by Guardian Australia, stated that the Great Barrier Reef was fast deteriorating and subject to multiple threats:

Without global efforts to reduce greenhouse gas emissions coupled with local management responses to increase resilience, current projections suggest that coral cover could decline to 5-10% of the [Great Barrier Reef] by the early 2020s from 28% in 1985 – a potential loss of 80% in just 40 years.

Conservation groups believe that the public is owed an explanation over how and why the omissions from the UN report happened.

This isn’t the first time that the Australian government has panicked over the reporting of environmental issues. Last year, the government successfully lobbied UNESCO to prevent the Great Barrier Reef from being listed on its List of World Heritage in Danger. Still, it’s clear that no matter how hard the government try to hide the country’s problems, they seem to find their way into the public eye regardless.