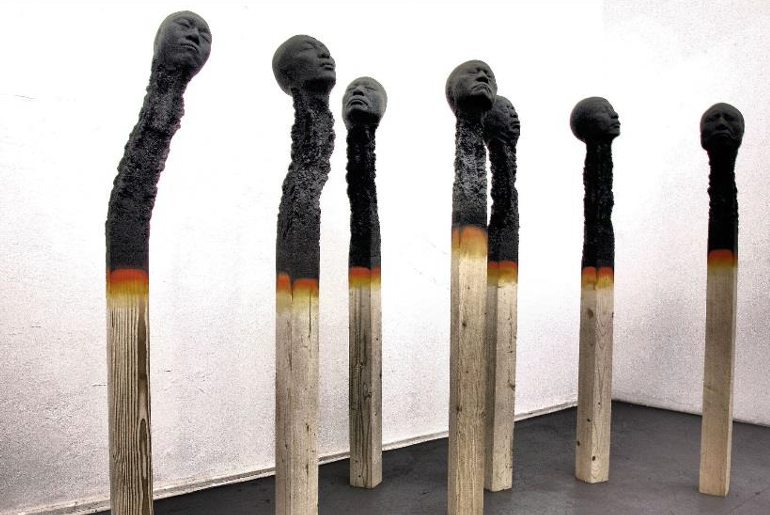 A conference bringing together the brightest minds in Myalgic Encephalomyelitis a.k.a Chronic Fatigue Syndrome (ME/CFS) research, presented results that promise to bring a new dawn in understanding this debilitating disease. A hot topic at the conference was the search for reliable biomarkers to diagnose ME/CFS which can also aid understanding the mechanisms behind the disease.

A biomarker is something that can be measured reliably in the body to determine if someone is ill with a particular disease, or recovering due to treatment. For example high levels of glucose in the blood is a biomarker for diabetes. Currently there are no biomarkers available clinically to diagnose ME/CFS, diagnosis relies on a set of symptoms which are also common in other illnesses.

Dr Ian Gibson was chair of the conference, organised by the charity Invest in ME Research, and also an author of a report into ME/CFS presented to the UK government in 2006. Gibson was critical of the government not acting on any of the recommendations presented in the report. Gibson was keen to put the “bad old days” behind them and concentrate on the compelling new science being produced and the opportunities for progress it provides:

I think people are surging to this field, like the pharmaceutical industry, because they will smell money somewhere in cures as they always do… they want to be there when a new drug or treatment is available.

Rituximab is a monoclonal antibody that was originally developed to treat cancer, but has recently shown efficacy in treating ME/CFS in a Norwegian clinical trial. It is regarded by many in ME/CFS community as the most promising candidate to become a clinically approved drug treatment for the illness.

Professor Carmen Sheibenbogen, from Charite University Medicine Berlin, presented evidence of auto antibodies to adrenergic and muscarinic receptors being significantly elevated in ME/CFS patients compared to controls. The study published in Brain, Behaviour and Immunity, composed of a group of ME/CFS patients and controls from Germany, but also included analysis done on blood serum samples from the Norwegian Rituximab clinical trial.

Sheibenbogen states in the paper that the adrenergic and muscarinic receptors are “potential biomarkers” for response to rituximab therapy. She goes on to say:

It is conceivable that various symptoms of CFS including cognitive deficits, autonomic dysregulation and immune activation could be partly mediated by auto antibodies against these receptors in a subset of patients.

There are many that believe ME/CFS is an autoimmune illness, where the immune system malfunctions and starts to attack things it shouldn’t. This is contrary to the belief of a large part of the medical community who say it is predominantly a psychiatric illness. Sheibenbogen was one of many at the conference adding weight to the theory that ME/CFS is an autoimmune disease.

The microbiome’s role in ME/CFS

The microbiome refers to the collection of bacteria, viruses, and parasites that share our body space. A large proportion of the microbiome is found in the gut, and it is increasingly being linked to involvement in a wide range of diseases including ME/CFS.

Data from an attempt to identify biomarkers by analysing bacterial DNA from the gut microbiome of ME/CFS patients was presented by Prof. Maureen Hanson, of Cornell University. The study showed a lower diversity of bacterial species present in the gut of ME/CFS patients compare to controls. This lower diversity of gut bacteria is also found in Crohn’s disease and ulcerative colitis, both of which are caused by a malfunctioning immune system.

The data produced by Hanson’s study, along with the model used, was correct 83% of the time in identifying if the individuals involved in the study had ME/CFS or were healthy controls. These promising initial results may be improved on soon. Hanson tantalised the conference with news of an as yet unpublished study, using microbiome metabolites as biomarkers, that has achieved 100% accuracy in diagnosing ME/CFS.

Initial results from a study aiming to identify biomarkers by identifying variations in bacteriophage present in people with ME/CFS was presented. Bacteriophage are viruses that attack bacteria, and every bacteria has a specific phage that attacks it, or as Professor Tom Wileman from Norwich University described it:

Gibson was full of praise for the Norwich study and described Wileman as a ”star”. He explained his desire for greater collaboration between scientists in the ME/CFS field, and revealed plans for:

a great big complex in Norwich, a centre for ME, the first in the country. Our team [football] may be going down into the bottom division but we want science to go up.

Big data is the way Professor Ron Davis is trying to solve the conundrum of ME/CFS, and he has compelling motivation make progress fast. His son Whitney Defoe has severe ME/CFS, which means he is bed bound and being fed through a tube, barely able to tolerate sounds, light or being touched. Davis gave a moving description of how his son had slipped further into the clutches of ME/CFS, and described him as being “missing for 5 years”.

The strategy followed by Davis differs from others in the field as he is not following a working theory as to how ME/CFS is caused, and then trying to prove that theory through his experiments. The big data approach involves collecting blood, sweat, saliva and fecal samples from people who are severely ill with ME/CFS, and then running pretty much every test known to man on them.

This produces huge amounts of data on each subject, which can be then compared to data collected from healthy people. Any differences between the two groups could be a biomarker worthy of further research.

Davis initially had trouble raising funds from the usual funding bodies, so he had to collect funds privately. The pilot study consisted of three severely ill ME/CFS patients (one being his son) and 43 healthy controls, and collected data on metabolites only. He has since begun a study with 20 ME/CFS patients and 10 healthy controls, which will collect the full set of data (including genetic and proteomic data) which will amount to billions of data points.

Davis pointed out the importance of understanding the mechanism behind ME/CFS in his talk and said:

it [ME/CFS] could be fairly easy to fix, we just need to know what to do

The results obtained also showed deficiencies, in the severley ill patients, of the citric acid cycle, which is one of the major pathways for energy production in the body. Davis is hopeful that some of the findings, once verified, will be useful in people less severely ill with ME/CFS. The current set of data, which will eventually be made publicly available, Davis hopes will enable easier funding for the next steps of his, and others, research into ME/CFS.

Where do we go from here?

it was a real step change in biomedical understanding of ME. The public were here, their carers and patient groups really felt something is happening, it gave them encouragement which is what it is all about. For too long they have suffered the slings and arrows of outrageous fortune, and now it is beginning to change.

Gibson predicted that a pharma company will come “knocking on the door” in two years time, and thought the involvement of Professor Ron Davis in the field was a significant step:

Ron who is a big molecular biologist from Stanford, loads of money, loads of support, knows everybody, is a real find and he will bring people on board.

Throughout the conference people emphasised bringing younger people into this field of research as being important, and a number of PhD students presented their results to emphasise this was happening.

Attempts to overturn entrenched negative views of ME/CFS within the medical community were also discussed, and the importance of educating the next generation of medics into the sound science supporting a ‘physical’ cause for ME/CFS.

A critical mass is a term often used to describe a sufficiently large collection of people and resources which enables a tipping point to be reached where serious progress can be made in a particular field.

This conference felt very much like that critical mass is fast approaching, if not already here, and the next few years could provide some ground breaking work into understanding and treating ME/CFS. As always funding will be tough to get, but the excellent research being produced now will provide a solid base for research funding claims in the future.

CORRECTION: 10 June 2016 – Paragraph 5 under the sub heading “Big data…” was altered to show that the pilot study had a limited data set and that a second bigger study was under way.

CORRECTION: 14 June 2016 – Paragraph 3 under the subsection “The microbiomes role in MECFS” originally stated that Professor Maureen Hanson’s study was only 53% successful in differentiating participants with ME/CFS to healthy controls. This was due to a misinterpretation of results presented on a slide, the actual figure is 83% successful and the wording of the paragraph has been changed accordingly.

Featured image via Invest in Me Research, artwork by Wolfgang Stiller