How science is going to change tattoos - Canary Workers’ Co-op 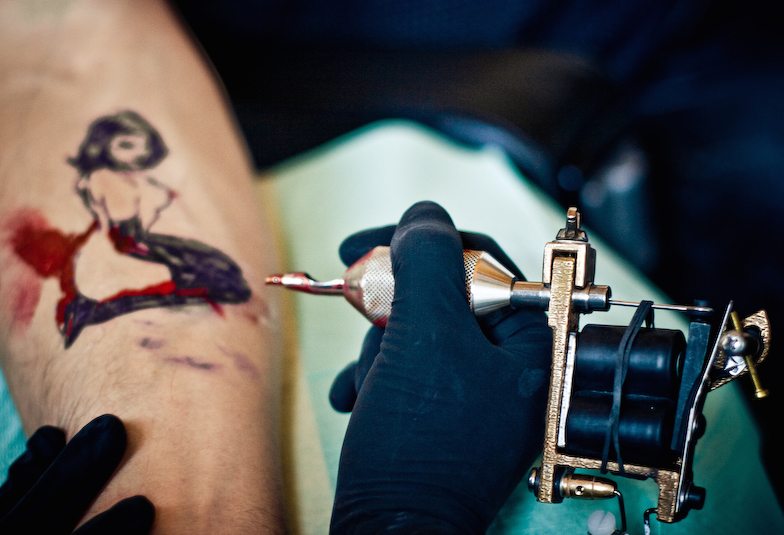 Tattoos have been around for thousands of years, longer than any existing culture, and in recent years they have been more and more popular, especially among the younger generation. They have gone from permanent markers of social status and symbol of life events to a fun statement of identity or an aesthetic choice. But all these different practices of tattooing have one thing in common, a lot of science: from the biochemical effects of tattoo inks to the chemistry of pigments and the medical effects on the body. And Science may be behind the next generation of tattoos and tattoo trends thanks to a new non-permanent ink.

Tattoos are a permanent story of life

People have been carving tattoos into their skin since the beginning of time as a sort of rite of passage and marker of our innate humanity, artistic pride and identity. No matter what far corner of the globe you’re from, tattoos can have various meanings but they are a way to wear your life story on your skin. Tattoos were used to mark important points in a person’s lifetime or as symbolic markers such as for social status or religious beliefs. Popular styles from the distant past include centipedes – used as a genealogical symbol to depict lineage – abstract forms, and mythological figures. Some women also used to mark their cheeks if they were barren, or their breasts to increase milk flow. Tattoos were also used as a sort of calling card. The Iroquois tribes and other neighbouring groups, would carve their tattoos into a war club and leave it near the body of their victim to taunt their enemies.

Despite being ancient, there’s still plenty of interest in tattooing in tribal cultures but there are some mixed feelings in regards to how tribal tattoos are used today. Many contemporary designs are genealogical symbols and forms related to specific families or clans. There is a strong sense that they have become devalued as they have been copied by outsiders who have no knowledge of what these patterns are meant to convey. Indeed, in recent years, the tattoo culture has spread like wildfire.

Tattooing as an art form alone became especially popular in the ’60s and ’70s. Since being adopted and flaunted by influential rock stars like the Rolling Stones, the cultural status of tattooing has steadily evolved from that of an anti-social activity in the 1940s to that of a trendy fashion statement in the 2000s. And, let’s face it, these days tattoos have burst into pop culture and have taken over the current media landscape.

Today, 36 percent of Americans aged 18-25 have at least one tattoo – that is more than a third of America’s young adults – and tattooing is the sixth-fastest-growing retail business in the United States being sought after by middle-class suburban women.

The science behind tattoos

As it turns out, tattoos might have more to them than physical attributes. The discovery of the 5,300 years old “Iceman” named Ötzi in the Alps in 1991, revealed tattoos could also be used for medicinal purposed. Of his 57 tattoos, 85 percent of them were lined up with acupuncture points to potentially provided therapeutic effects. Even today, some cultures practice medicinal tattooing to cure certain ailments, with the most convincing effects seen in arthritic joints.

Moreover, a recent study has shown that getting multiple tattoos can strengthen the immune system and boost your immunological response, which makes you better at fighting off infections.  When you first get a tattoo, your body is weakened by the new stress, and the process often leaves you feeling exhausted because your body is wondering why you injected a foreign contaminant deep into your skin. But after that, the body is used to the tattooing process and strengthens its immunological response, a bit like a vaccine. The link between tattoos and the immune system shouldn’t come as too much of a surprise as tattoos become permanent by hijacking your immune system.

Indeed, tattooing isn’t just painting inside the skin – the body reacts to the attack of the needle. The ink is held between separate tiny needles – the same way ink is held between strands of hair on a paintbrush – and when those needles go into the skin, the ink is sucked down into your skin. The needle punctures your skin at 50 to 3,000 times per minute, going through the epidermis, the outer layer of our skin, into the dermis, the inner layer. Immediately, microphages or white blood cells prompted by the immune system attempt to heal these wounds by gobbling up the foreign invaders. The pigment particles are too big to be eaten by the white cells, so they just sit there and the cells get stuck in the “gel-like matrix” of the dermis — pretty much forever. When you look at a tattoo, you’re not just seeing little bits of ink trapped under your skin. You’re actually seeing ink trapped inside cells that were sent to destroy that ink.

The quality of the tattoo often depends on the quality of the ink; a cornucopia of different chemicals. Every tattoo ink is different and can even contain heavy metals. The properties of the ink will define how rapidly it will breakdown and be evacuated by the immune system. This accounts for the gradual fading of tattoos over time. So choosing your ink is very important on the long run. Tattoo inks can even interfere with your ability to adopt new technologies. Apple recently admitted that some users of the brand’s smartwatch wound up disappointed when their wrist tattoos interfered with the device’s sensors.

So, what is next for tattoos ? Well bizarrely, science might have the answer to that question, as it might have given birth to a new type of tattoo: non-permanent tattoos. This might overturn one of the most striking features of tattoos: that fact that getting one is an indelible decision that you can’t turn back from. The last remaining social boundaries around tattoos might completely collapse. Think about it, if a tattoo only lasted a year, what prevents anyone from getting that dolphin tattoo that they always wanted? Not having to justify your impulsive decisions from your younger years to your grandchildren could be a good option. Tattoos could become as trivial as the posters you hung in your childhood bedroom that you are very happy to keep there and never mention again once you move out of your parents’ house. You just can’t go wrong.

A new startup called Ephemeral, run by a team of New York University graduates, is developing this special kind of tattoo ink that disappears in just one year. After a year, the tattoo starts to fade, and you have the opportunity to either adapt the original design or simply get rid of it. As mentioned earlier, a standard tattoo remains permanent because the dye molecules are too big for your body’s immune system to clear them. The ink developed by Ephemeral uses smaller molecules that can be ‘flushed out’ by a special removal solution, which is tattooed over the temporary tat after a year’s use.

Of course, today you can already remove a tattoo with laser surgery. The laser pulverizes and breaks down the ink particles trapped in the skin so the body can get rid of them more easily. However, this is far from perfect, can cause scarring and is very expensive, lengthy and painful. Very painful. The new, less painful service won’t be available until 2017, but the company is already heavily working on the project and is currently testing the product on pigs. They have just come out of an entrepreneurship competition held at New York University in 2015, which saw them receive $200K worth of funding to develop the ink.

If everything goes as planned, by next year, there could be a huge surge in all kinds of crazy tattoos, the kinds you wouldn’t want forever. Tattoos might become even more socially acceptable and common. And maybe you won’t be part of the 22% of Americans and 14% of British adults that regret some of their ink.