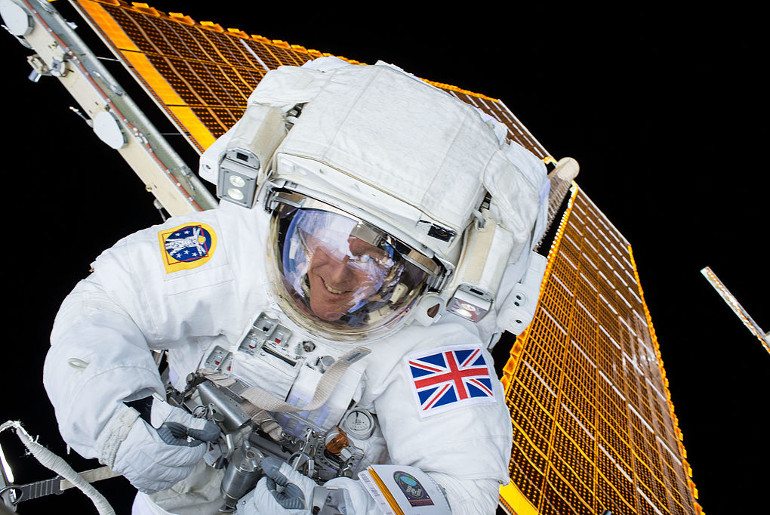 Tim Peake recently blazed a trail back to Earth after his succesful 6 month stay on the International Space Station. His travels have sparked the imaginations of British children, who are now dreaming of their own daring space exploits. The UK can be rightfully proud of our space-hero Tim Peake, but we also have to remember that he was the first British astronaut of the European Space Agency (ESA), without whose help he may never have made it into space. And without the ESA, the children Tim has inspired may never get the chance to follow in his footsteps.

Spacewalking, running a marathon in space, and remote-controlling a robot on earth from orbit are just some of the firsts, for a British astronaut, achieved by Peake. But many people believe future achievements like this could be curtailed if the UK votes to leave the EU in Thursday’s referendum.

Clare Moody MEP, Labour’s European Spokesperson on Science and Space Policy, is in no doubt that Britain leaving the EU would be a mistake. Moody is also critical of the Vote Leave camp’s claim that leaving the EU would make it easier for the UK to pursue space exploration and science, saying in The Guardian:

The reality is British space science is put in enormous peril if there is a vote to leave the EU.

The UK leaving the EU risks future missions of the ESA, building on previous successes which were heavily dependent on UK involvement. Missions like the Philae Lander, the first spacecraft to land on a comet, achieved world wide news coverage and recognition.

Copernicus is an ongoing ESA mission (with UK involvement) consisting of 6 Sentinel satellites, and incorporating data from other satellite sources and Earth based sensors. Copernicus is important in monitoring climate change, environmental protection, agriculture, fisheries and many other areas. It is also an important tool during emergencies such as natural disasters, providing data to public authorities that enable critical decisions to be made during a disaster, and allowing effective environmental legislation to be introduced to reduce risk in the future.

Jan Woerner is the Director General of ESA and does not want the UK to leave the EU, fearing the knock on effect. Woerner says in Seradata:

If now some states leave the European Union then this is not a good sign. It also questions the aspect of solidarity. Solidarity is not only a win-win situation, it is also an important aspect if one has to contribute to overcome mutual problems. So I really hope the UK will remain in the European Union

This possible distancing of the UK from the EU, and its resultant negative effect on scientific collaborations and EU funding of UK science, also worries many others concerned about scientific progress. Professor Anne Glover is Dean for Europe at the University of Aberdeen and was previously a scientific adviser to the European Commission. She says:

I have seen how science, engineering and technology have benefited from EU investment. We in the UK attract a high proportion of these funds and draw the best minds in the world to work here, to take advantage of shared opportunities, research funding, free movement of researchers and outstanding infrastructure provided by the EU. This is what our future economic success relies upon.

The Vote Leave campaign website claims that leaving the EU is the best choice for science and technology, and states as a fact:

However the Vote Leave figure for UK contributions is disputed by Full Fact, who say that in 2015 the UK paid £13 billion to the EU budget while receiving back £4.5 billion. This leaves the UK’s net contribution to the EU, for 2015, at around £8.5 billion.

The UK contributed nearly £4.3bn for EU research projects from 2007 to 2013, but received nearly £7bn back over the same period, the committee states in a report published on Wednesday. The £2.7bn excess was equivalent to more than £300m in research funds a year.

Neither Space Science, nor any other science, will grind to a halt in the UK if we decide to leave the EU. It will, however, place extra barriers between scientists in the UK and Europe, stifling communication and collaboration essential to scientific progress.

The economic argument is a strong one; many researchers in the UK rely on European funding grants. If the UK leaves the EU then many of these grants will be stopped with no guarantee that they will be replaced by UK funds.

Tim Peake’s space exploits have inspired British children who may well become the next generation of British astronauts or space scientists. To give them that chance, we need to think carefully about how we vote in the European Union Referendum tomorrow.