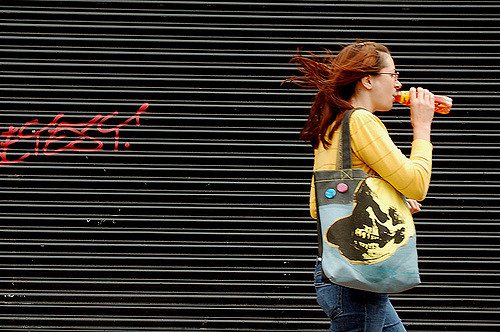 Cheap, sugary sports drinks are regularly consumed by 12-14 year olds, but not always in the context of sport, a new survey has shown. The children cited taste and low price as the top reasons they bought the drinks.

The researchers who carried out the survey are extremely worried about the marketing of sports drinks to young people. Of the 160 school children were that were surveyed, 89% drank sports drinks and 68% drank them regularly.

If consumed in large quantities, sports drinks can lead to serious problems, such as obesity, diabetes, heart disease and gout, as well as poor dental health. Sports drinks were originally developed to improve performance and hydrate elite adult athletes in endurance events. There is no evidence of benefits for non-elite athletes or children.

Yet the UK sports drinks market was worth £218 million in 2014, with the core consumers being 15-24 year olds. The researchers noted that people were largely unaware that sports drinks were unsuitable for children.

The rise of sports drinks as just another soft drink option among children is a real cause for concern, and both parents and government must take note. They are laden with acids and sugars, and could be behind the decay problems we’re now seeing among top footballers.

Sports drinks are rarely a healthy choice, and marketing them to the general population, and young people in particular, is grossly irresponsible. Elite athletes might have reason to use them, but for almost everyone else they represent a real risk to both their oral and their general health.

While this is not a large study, it does highlight a concerning trend, as the rate of children consuming these drinks has risen since previous surveys.

Paul Jackson, from the Faculty of Sport and Exercise Medicine, said:

Water or milk is sufficient enough to hydrate active children. High-sugar sports drinks are unnecessary for children and most adults.

The sugar tax announced in March, which is widely welcomed by health campaigners, will come into effect in two years time. The hope is that it will encourage manufacturers to change their recipes. And where similar taxes have been introduced in other countries, sales of fizzy drinks have dropped. In any case, the researchers behind the survey stress that more needs to be done.

Visit the Action on Sugar site

Check out Sugar Smart for advice on how to cut sugar