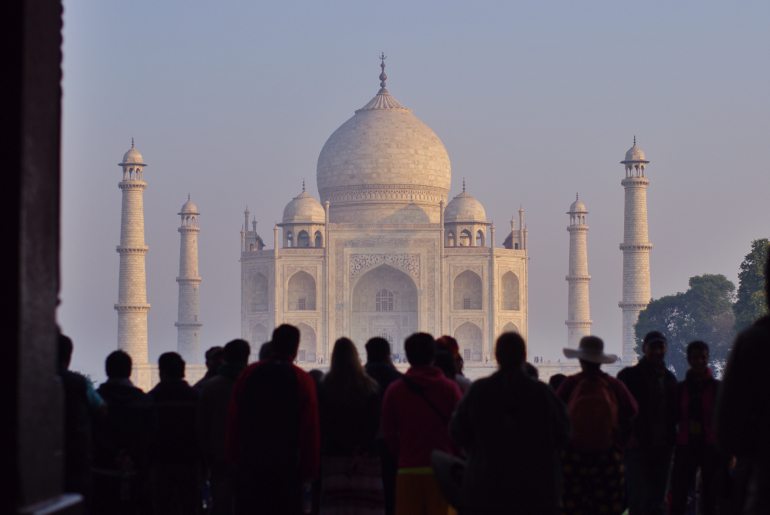 Many people travelling abroad will have had the unpleasant experience of being struck down by an attack of the dreaded Delhi belly. But feeling like death while diarrhea and vomit erupt from either end may not be the only, or even the worst consequences for the afflicted.

A study carried out in Switzerland has shown that 76% of travellers returning from a trip to India had mutidrug-resistant strains of bacteria (a.k.a. superbugs) colonising their intestinal tract. But, of even more concern were the 11% carrying colistin resistant bacteria in their guts.

Colistin is a last line of defence antibiotic. It is the strongest one available to treat infections that may have developed resistance to other antibiotics. If colistin can’t treat an infected person, the chances are high that they will die from that infection.

The team of microbiologist’s from the Institute for Infectious Diseases of the University of Bern, analysed stool samples of 38 people living in Switzerland before and after they had travelled to India. During their time in India 39% of the participants had a case of traveler’s diarrhea (a.k.a. Delhi belly), though none took antibiotics for it.

The participants were not adversley affected by the superbugs by the time they had returned to Switzerland. But whether they had a big enough dose of bacteria to develop Delhi belly or not, the fact that they are carrying superbugs inside their gut leaves them at increased risk of developing serious life threatening infections in the future.

As reported previously in The Canary, antibiotic resistance is a growing world wide problem that threatens to reverse the advances made by modern medicine. A UK government backed report released in May by the economist Jim O’Neill estimated that globally 700,000 people a year die of drug resistant infections. The report predicts deaths are likely to rise to 10 million a year by 2050, with a cost of £69 trillion a year to the world economy, if a global plan is not put in place to tackle the problem.

Andrea Endimiani is one of the authors of the paper published in Antimicrobial Agents and Chemotherapy. Endiamiani is particularly interested in the mcr-1 gene which has recently been shown to enable colistin resistance. The gene has been found with high prevalence in Escherichia coli and Klebsiella pneumoniae bacteria strains detected in China, among humans, food animals and chicken meat.

Endiamiani was surprised at the high number of participants (76%) with multi drug resistant gut bacteria present after returning from India. And she was particularly concerned about the mcr-1 gene, saying:

More importantly, 11% of the travelers had in their stools colistin-resistant E. coli strains, including those possessing the new plasmid-mediated mcr-1 gene

The mcr-1 gene being present on a plasmid means that it can be easily reproduced and passed on to other bacteria of the same species by a process known as bacterial conjugation. Under the right conditions it can also pass to other species of bacteria usually present in human and animal intestinal tracts.

Analysis carried out by the Swiss team showed that these possibly life threatening bacteria were picked up from the environment or the food chain in India. Although the people carrying these resistant bacteria were healthy by the time they returned to Switzerland, they are more likely to develop urinary tract infections or bacteremia (bacteria in the blood) which could be difficult or impossible to treat with antibiotics if the mcr-1 gene was present.

A person carrying the drug resistant bacteria could also develop an untreatable infection if they underwent gastrointestinal surgery or suffered from a disease such as appendicitis which can affect the integrity of the gut. And, any slip in hygiene standards risks passing on the resistant bacterial strains to other people. Endiamiani is keen to keep a close eye on the situation, saying:

The acquisition of colistin-resistant bacteria during trips is therefore a phenomenon that needs to be carefully monitored to prevent the spread of such untreatable bacteria in Switzerland, a country that still have a low prevalence of superbugs.

India is known to have a big problem when it comes to antibiotic resistance. A report released in 2015 showed that the superbug MRSA was on the increase. It was found in 29% of samples in 2009 but 47% in 2014. Another class of antibiotics, carbapenems, used to treat lung infections has also seen a huge increase in resistance. Fifty seven % of samples tested were resistant in 2014 compared to virtually no samples being resistant to carbapenems six years previously.

A major factor in this is the unregulated sale and use of antibiotics in India. They can be bought over the counter with no prescription. Trying to fix this is difficult, as many in India cannot afford to see a doctor for a prescription. This has led to India becoming the worlds largest consumer of antibiotics for human health, using 12.9 billion units (10.7 units per person), compared to China which comes in second at 10 billion units (7.5 units per person).

Another factor that could be important is the the high levels of antibiotics found in waste water treatment plants near drug manufacturing facilities, of which India has many. Jim O’Neill  has this to say on the matter in his report:

an important study by Swedish researchers in 2007 examined a wastewater treatment plant in India that received effluent from 90 bulk API manufacturers. It revealed that shocking levels of APIs were being discharged into a nearby river.

It also showed that the concentration of ciprofloxacin, a commonly used antibiotic, exceeded levels toxic to some bacteria by 1000-fold – a far higher concentration of the antibiotic than would routinely be found in the blood of a patient taking the drug

The increased use of antibiotics to promote growth in livestock, poor sanitation and deficiencies in the health system also play a part in the high levels of antibiotic resistance seen in India.

If Jim O’Neill’s plan to defeat the global scourge of antibiotic resistance is to be successful, India will have to be at the forefront of the battle to combat this disease ridden future.