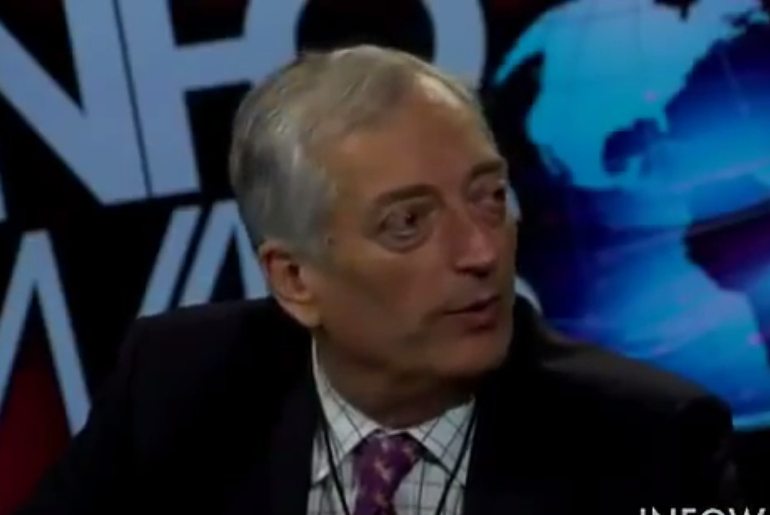 A new campaign called ‘Clexit’ aims to emulate Brexit’s success and convince countries to withdraw from international climate change treaties. Led by former deputy UKIP leader and avid climate change denier Lord Christopher Monckton, Clexit is using the same techniques of disinformation and outright lies that proved a winning strategy for some of the leading ‘Brexiteers’.

As previously reported in The Canary, the denial of climate change is common among some Brexit supporters, but the creation of Clexit (Climate Exit) signals another level of denial – which even serving politicians would fear to descend to.

In a statement released to the media called After Brexit, Clexit, the group makes many controversial claims, including:

Carbon dioxide is NOT a dangerous pollutant… Its increasing concentration is improving the environment, not harming it…

there has been no measurable [global] warming for twenty years…

As many scientists have proven, carbon dioxide is a dangerous pollutant globally if it is present at high enough levels. It does act as a powerful greenhouse gas, and its increasing concentration will harm the environment, as a result of increased temperatures and higher frequency of extreme weather events.

There has been a precipitous rise in carbon dioxide since industrialisation and it is now at a higher level (over 400 parts per million) than it has ever been in the last 400,000 years. Historically, high carbon dioxide levels have always been closely linked to high global temperatures.

Although there are variations in overall global temperatures year by year, it is the long term trend in temperature change, which smooths out those variations, that is the important indicator when looking at climate change. And those trends are still rising in all the models considered by the UN’s Intergovernmental Panel on Climate Change (IPCC).

By the end of this century, the average global temperature is predicted to be 0.6C-4C higher relative to temperatures between 1980-1999. The 0.6C temperature increase is only likely to be achieved if greenhouse gas emissions remain constant at current levels. And with continued investment in coal and oil, this is very unlikely.

In 2015, a 0.87C rise in global surface temperature was recorded, relative to the average temperature from 1951 to 1980. This is the warmest year on record so far, but it doesn’t yet increase the overall trend. This sort of result would have to be repeated over decades to do so.

Christopher Monckton is an old hand in the climate change denying brigade who has also been duping people for years by saying he was a member of the House of Lords. The clerk of the parliaments had to publish an unprecedented cease and desist letter telling Monckton to stop deceiving people by saying this.

But facts like that don’t stop people with a keen interest in promoting fossil fuel use from funding his controversial work. Australia’s wealthiest woman, Gina Rinehart, is chairman of the mining industry giant Hancock Prospecting, and covered the costs of a 2010 speaking tour by Monckton around Australia. The Association of Mining and Exploration Companies also provided Monckton with an undisclosed amount to fund the same speaking tour.

The scale of Monckton’s disinformation regarding climate science was previously revealed in a debunking by Professor John Abraham, who meticulously took apart claims made by Monckton during a climate conference presentation. Abraham showed how Monckton fabricated quotes, misrepresented facts, altered graphs, and failed to attribute data he was using.

The claims made by Monckton and other Clexit supporters fly in the face of the scientific consensus, which shows that over 97% of scientists publishing work on climate change agree that global warming trends are almost certainly due to human activities.

The Clexit strategy of denying man-made climate change is very similar to that of the Creationists’ denial of evolution. They both denounce the scientific consensus as no more than a theory and fabricate pseudo-scientific arguments and conspiracy theories to counter the overwhelming weight of evidence supporting what they are opposed to.

Monckton is also an old associate of Nigel Lawson, both of them serving in Margaret Thatcher’s government. Lawson, himself an ardent denialist, is founder of the Global Warming Policy Foundation (GWPF), a thinktank dedicated to opposing climate change mitigation efforts. Monckton describes the director of GWPF, Dr Benny Peiser, as “our good friend”.

The GWPF also cites Monckton as a scientific expert, even though he has no training in the field of science. His only qualifications are a degree in classics and a diploma in journalism. In a GWPF report, documenting a lecture given by Cardinal George Pell, Monckton is quoted three times in the ‘What the science says’ section.

Another global warming sceptic group is the Science and Public Policy Institute, which also doubts the harm caused by increased levels of carbon dioxide, and also doubts the existence of global warming. So it may come as no surprise that papers published by Monckton are used frequently by SPPI, and that he is their Chief Policy Advisor.

With Brexit, refugees became the target for abuse, but Clexit chooses to cynically demonise those who are most likely to become refugees due to climate change despite being least responsible for it. The Clexit statement says:

Some of the biggest supporters of the Paris accord are small oceanic nations seeking welfare through handouts to save them from baseless predictions of rising sea levels, even though actual changes in sea levels are tiny and not unusual.

The creation of Clexit adds another string to the bow of the ‘denialists’, and there is no doubt who is pulling these strings with its donations: the fossil fuel industry. It is the money behind organisations like Clexit which allows them to peddle their lies far and wide. And that makes them very, very dangerous.

Read more from The Canary on climate change.

Learn more about the science behind climate change from the IPCC, NASA and the EPA.

Delve into the murky politics of climate change at Graham Readfern’s blog hosted on Desmog.

Join Friends of the Earth.