The supersenses sniffing out disease - Canary 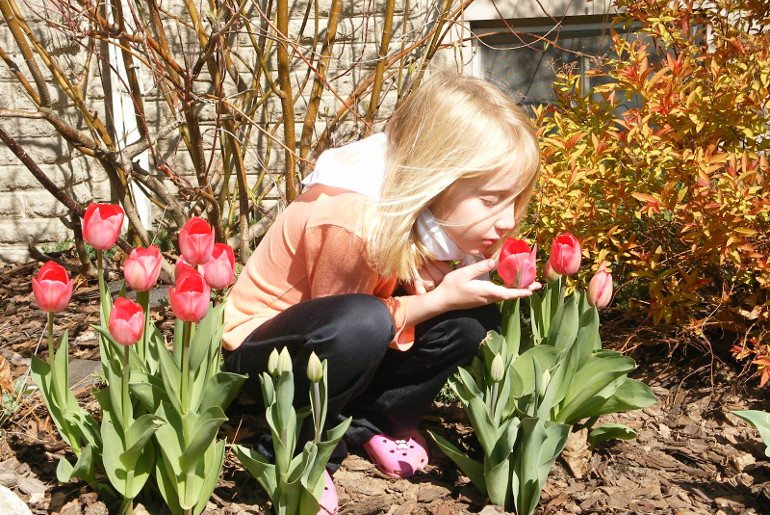 That diseases can smell should come as no surprise. Sniffing has been a part of physicians’ diagnosis toolkit from the early days of medicine, since Hippocrates and Avicenna. Today, with the development of more accurate and measurable tools, the role of smell in diagnosis has gone from essential to merely anecdotal. But things could be about to change.

With the development of electronic noses to screen patients for tuberculosis, new evidence suggesting that Parkinson’s disease could change a person’s smell, and the possibility of using sniffer dogs to help diagnose cancer and aid people with diabetes or epilepsy, scent detection in medicine seems to be gaining momentum.

The value of extraordinary human powers

The reason diseases have a smell is that some medical conditions affect the levels of specific substances in the body. Patients with type 1 diabetes can experience an increase in the production of a group of compounds known as ketone bodies. One of these compounds is acetone, the main ingredient found in many nail polish removers, which gives the patients’ breath a characteristic smell that can act as a warning sign of impending damage to their health, as high levels of ketone bodies are toxic.

There are many examples of diseases that have a characteristic scent, but many probably go unobserved due to the simple reason that the human sense of smell is relatively poor. Sometimes, however, people with extraordinary smelling abilities can help unveil these diseases.

Such was the case of Joy Milne, a woman from Perth, Scotland, who detected a change in her husband’s scent six years before he was diagnosed with Parkinson’s disease. Although she was initially confronted by some scepticism, things changed after she correctly identified 11 out of 12 T-shirts from either Parkinson’s patients or healthy individuals. The one she got wrong belonged to a healthy subject that she classified as having Parkinson’s. But as startling as it may sound, this individual was diagnosed with Parkinson’s a few months later, meaning that her performance was flawless.

Scientists are now working out how to identify the molecule or molecules that produce the Parkinson’s scent. In the future, this could become an important biomarker to enable early detection of the disease.

Unlike humans, dogs have a fine sense of smell. Some dog breeds have over 60 times more scent receptors than humans, and devote 40 times more brain volume to analysing smells.

One of the first researchers to use this ability to identify disease was Carolyn Willis, who was working at Amersham Hospital at the time. In 2004, she worked with six different breeds of dogs that had been trained to identify the scent of urine from bladder cancer patients. The results, published in the British Medical Journal, showed that the dogs succeeded in 41% of the cases – much higher than the 14% success rate that would be expected in the experiment due to chance alone. To strengthen the conclusion that the dogs were specifically detecting cancer, her control group included patients with other diseases such as diabetes, or chronic cystitis.

But dogs can help in other ways besides diagnosis. For instance, dogs can be trained to detect if someone is experiencing a drop in blood glucose levels, or if an epileptic person is about to suffer a burst of seizures. This makes them extremely useful to people with chronic diseases that can go through life-threatening episodes which initially go unnoticed.

Medical Detection Dogs is a British non-profit company that trains dogs to assist people with conditions such as type 1 diabetes, Addison’s disease, severe nut allergy and postural tachycardia syndrome. They provide dogs free of charge, but the waiting list to acquire one ranges from 18 months to 3 years. Due to their success, they have been forced to only accept requests from individuals “who are detrimentally affected by their health condition, who have made every attempt to manage it by other means and to whom we feel we can be of most assistance.”

Another charity, Support Dogs, trains dogs to predict epileptic seizures. They claim a 100% reliability and that dogs can warn their masters up to 50 minutes before the attack. But as Dr Hannah Wright, an Assistant Training Manager at the organisation, informs us:

There is currently no scientific research that describes what the dog is able to detect, or whether there are specific odours and/or body language cues that the dog is attending to

But as useful as dogs can be for individuals or families, their use in hospitals and research facilities is far from practical. So there is great interest in identifying which substances are being sniffed, in order to develop devices to measure them. The benefits are many, as these ‘electronic noses’ or ‘e-noses’ could potentially provide cheap, accurate and non-invasive means of diagnosis.

The idea of using electronic noses to smell disease has been around for at least 40 years. The field was pioneered in the 1970s by Linus Pauling, one of the most prestigious scientists of all time and the only one to have been awarded two unshared Nobel prizes. He combined two techniques, gas chromatography and mass spectrometry, to isolate and identify molecules present in the air exhaled from the lungs, which could potentially be used to detect changes associated with specific diseases.

More recently, electronic noses have been successfully developed to diagnose tuberculosis and to detect harmful strains of Clostridium difficile, a bacteria that can cause deadly infections. But the future applications are countless, from sniffing pesticides and poisonous gases to detecting bombs and explosives.

Once the technology is fully established, it will likely be adapted to smartphones. In fact, the German company Nivea, specialised in body care products, has already launched a mobile phone cover and an app to sniff body odour and notify the user if he is sweating too much. Frivolous as it might seem, it opens the door to future applications more oriented towards health and well-being.

Neither Medical Detection Dogs nor Support Dogs receive government funding and their work relies exclusively on donations and sponsorship. To support them, you can:

– Donate or shop at the Medical Detection Dogs website.