Media reports on vaping are highly misleading [OPINION] - The Canary 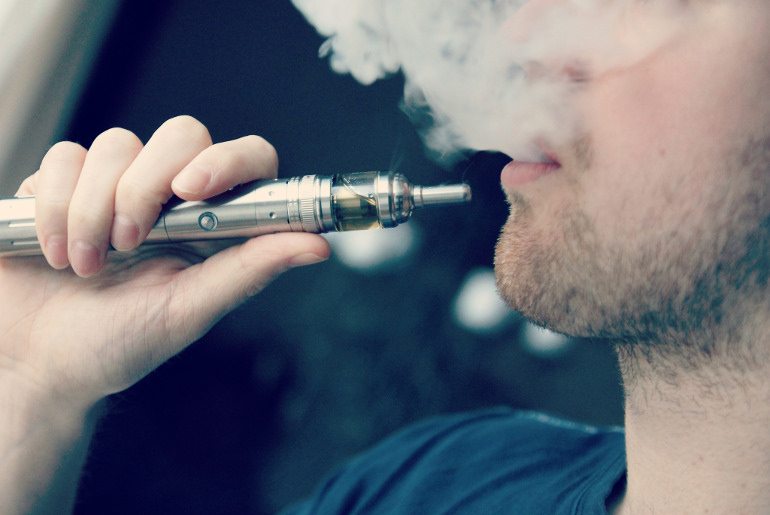 In the last few days, many major media outlets have reported that new scientific evidence shows vaping is as bad for the heart as smoking. Strikingly similar headlines were published just a few months ago regarding a different e-cigarette study.

This is at odds with current recommendations from Public Health England (PHE) and the NHS, which explicitly encourage smokers to try e-cigarettes as a pathway to quitting. They support this view based on an independent report commissioned by PHE that concluded that vaping was 95% less harmful than smoking.

Vaping is becoming increasingly popular among Britons. According to a recent survey, there are currently an estimated 2.8 million adult users of e-cigarettes in the UK, a staggering 400% more than in 2012. But as the use of e-cigarettes skyrockets, estimates show that the perception of vaping being as harmful (or more harmful than) tobacco smoking has too. This perception has increased from 7% in 2013 to 25% in 2016.

But is vaping really as harmful as smoking? Most experts don’t think so, although with vaping being a relatively new habit, there is no data available on long-term effects.

Is vaping really as bad for the heart as smoking? As it turns out, the claims behind the recent headlines are based on preliminary unpublished results reported at a conference, involving a study with only 24 people.

To publish scientific findings, they have to go through a process of peer review, in which other experts in the field judge the validity of the findings, the soundness of the methods, and the strength of the conclusions. This is not to say that unpublished results are not valid. Just that they should be taken with a pinch of salt.

The case on the finding of the ‘gay gene’ last year should serve as a cautionary tale. While many media outlets rushed to tell the story based on the conference abstract and a press release issued by the conference organisers, the geneticists at the very same conference severely criticised the validity of the findings. Among the points raised was the small size of the study, the lack of statistical power, and the fact that the researchers had cherry-picked the model that best suited their data to justify their claims.

These are the kind of issues that can be spotted and corrected during peer review, and they can substantially downplay the impact of the results.

Sometimes the results on a scientific paper are solid, but the media tweaks them to make them more appealing. That’s what happened early this year, when many major news sites reported that vaping was ‘no better’ than smoking tobacco.

The findings were based on a study published in Oral Oncology that reported that cells grown in the presence of e-liquid from e-cigarettes showed DNA damage.

But there are two important drawbacks that journalists ignored. Firstly, all the experiments had been done in vitro – that is, in cells grown in culture. Experiments in vitro are, of course, valuable. But again, they should be taken with caution, and it is difficult to extrapolate their findings to humans.

This is almost irrelevant compared to the second drawback, however. The researchers had also tested the effects of tobacco smoke on cells, and had found that it was indeed much more toxic than the e-liquid. In fact, it was so toxic that all the cells died within 24 hours, while the cells treated with e-liquid could live several weeks. That’s a long way from ‘vaping is no better than smoking’.

So is vaping safe?

There is no clear-cut answer to this question at the moment.

E-cigarettes have only been around for 12 years, and their technology is still rapidly evolving. Most experts seem to agree that it is safer than smoking, which makes sense, considering how harmful tobacco is. There are, however, concerns about the long-term effects, which are largely unknown. Also, there isn’t a clear consensus on if they are more effective than other treatments for quitting smoking, such as nicotine replacement therapies.

Despite these uncertainties, supporters of e-cigarettes – such as the PHE and the NHS – work on the basis that smokers who switch to vaping are cutting out tar and carbon monoxide. And it’s important to remember here that smoking is the leading cause of preventable death and disease in the UK.

Certainly, more research is needed to assess if e-cigarettes are truly safe and effective. The risk that vaping could be a gateway to tobacco smoking should also be addressed (although the numbers of non-smokers who have taken up vaping represent only a tiny percentage of vapers). Furthermore, an informed debate should take place to develop regulations that ensure that e-cigarettes become part of the solution – and not part of the problem.

But media outlets seizing on inconclusive evidence isn’t helpful. Not if we really want to understand what the health cost of vaping may be.