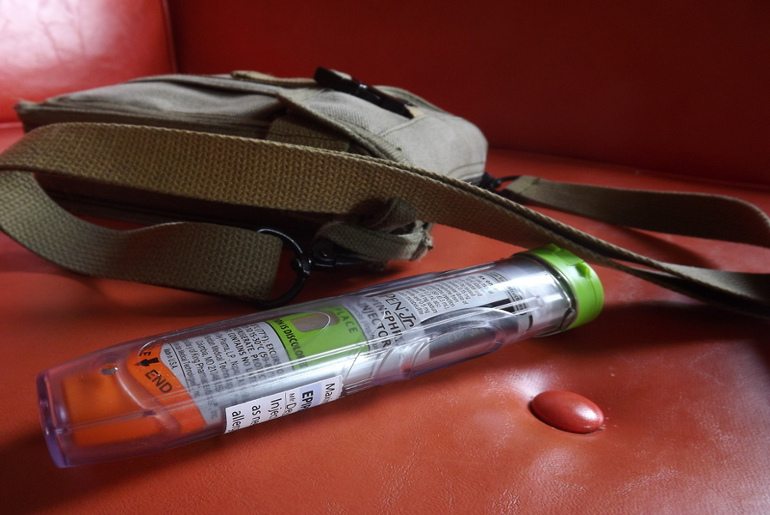 Anaphylaxis is an allergic reaction that can kill you in minutes. It can be caused by severe allergic reactions to certain foods, insect bites and stings, or medications. The only way to treat it is to inject epinephrine following the first symptoms. People who suffer from severe allergies or have a history of anaphylaxis, are recommended to always carry an epinephrine auto-injector with them.

But auto-injectors carry a few problems. One significant problem is that there is only one company that produces them, Mylan. Another is that they only last for a year. But the main issue is that they have become increasingly expensive. In nine years, the price has increased by 461%, going from $56.64 in 2007 to $317.82 today.

Some members of the US Congress are calling for Mylan to lower the price of the auto-injectors. But in the meantime, a bio-hacker collective called Four Thieves Vinegar (FTV) has decided to take action.

FTV’s goal is to empower people to manufacture their own medicines. To do this, they provide online instructions and videos on how to synthesise molecules or medical devices, such as the epinephrine auto-injector.

Is this dangerous? FTV don’t think so. On their Frequently Asked Questions section, they address the main concerns that arise over the question of whether too much information given to the public is potentially hazardous or too risky. They believe it’s unlikely that people could use the platform to develop narcotics or poisons, and that the risks of inadequate self-medication are outnumbered by the benefits of providing access to medicines that people need.

Through their website, one can download the instructions to synthesise pyrimethamine, which is used to treat and prevent malaria, or to create a syringe pump. And last week, they uploaded a video and instructions to create an epinephrine auto-injector.

While Mylan’s auto-injector is called EpiPen, FTV’s do-it-yourself alternative has been named EpiPencil. It is made by assembling pre-existing pieces, namely a diabetes auto-injector, a syringe, and hypodermic needles, while the epinephrine can be obtained with a prescription if one suffers from a severe allergy. The video with the instructions to build it has received almost 170,000 views in just five days.

As one can imagine, the EpiPencil comes with absolutely no warranties, and its use comes at one’s own risk. But the importance of bio-hacker projects like this goes beyond providing accessible do-it-yourself alternatives. It is also a way of calling attention to the health industry and its questionable practices. As FTV say in their promotional video:

By showing alternative ways of obtaining medicinal drugs or creating homemade medical instruments, they pinpoint monopolistic practices, such as those of Mylan. They are also an important tool to empower people and help them to better understand the origin of the drugs they take and the instruments they use. And in the case of the EpiPen, raising awareness of how inflated the price is could help to press the company into making this life-saving device more accessible.