Worried about your privacy on Facebook? You should be, if this is the future of insurance [OPINION] 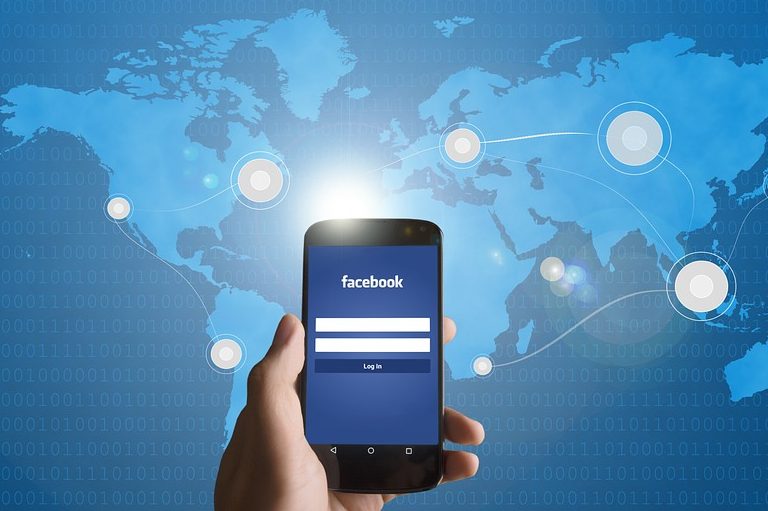 The ongoing TV series by the British writer takes a dark and often cynical view of 21st-century living. It particularly focuses on the dangers of rapidly advancing technologies and our reliance on social media and the internet. The programme rose to prominence and became a source of regular discussion following its eerie prediction of 2015’s ‘Piggate’ – as portrayed in the first ever episode, ‘The National Anthem’. The storyline aired in 2011, four years before the scandal broke.

It’s not the only time Black Mirror has portrayed events with curious similarity. Episode one of the new series, Nosedive, predicted a world where social media interactions and public profile directly decide everything about our lives. Including the opportunities and services we receive on a daily basis.

Skip forward a couple of weeks and one of the UK’s largest car insurers, Admiral, has revealed it’s ‘trialling’ an application that decides the insurance premiums of first-time car owners, based upon analysis of their Facebook profiles. The controversial scheme was given the fairly nontransparent name of ‘firstcarquote’. Admiral described it as “a new way of getting fair insurance for young drivers”.

Algorithms that decide how much you pay

We’ll look at your Facebook profile to help us get a better understanding of the type of driver you are. There’s a proven link between personality and how people drive, and our clever technology allows us to predict who is likely to be a safe driver.

It’s a worrying precedent. We already live in a world where corporate aspirations frequently infringe upon the rights of citizens; where democratic opposition and peaceful demonstrations are often quashed with brute force, or simply ignored. Many service providers hold a monopoly or ‘captive audience’, providing products we legally have to purchase. It seems unthinkable that basic living costs could be calculated through social evaluations by the very companies that will profit. Whether decided by the opinion of an employee, or an algorithm the company has specifically designed behind closed doors, the huge potential for abuse cannot be ignored. Certainly, were the UK ever to move to a privatised American-style insurance based healthcare system, the severity of such profiling could well be the difference between life and death.

According to Graham Ruddick, writing for The Guardian, Admiral’s surveillance didn’t include personal photos. But countless apps, shops and service providers allow users to register an account quickly and easily by logging in with a Facebook profile. And once we’ve granted them access, we often forget about them. They don’t forget about us. They’re there, peeking at our lives through the window we’ve left open.

The insurance and financial industries already profile their customers, adjusting their prices with impunity. The car insurance industry has gone a step further; several companies have introduced the equivalent of an aeroplane ‘black box’ to monitor and silently police drivers. But now, an industry leader seeks access and analysis of our personal likes and interests – the films and music we like, the social events we attend, our choice of language, even our political affiliations. Is that not a step too far? One cannot help but draw comparison to the bleak and dystopian future predicted by George Orwell’s novel 1984. In that world, the police state sees everything and conformity is a necessity for survival.

Some companies already trawl through the online activity of employees, as a means to inform recruitment and disciplinary procedures. A man recently lost his job for ‘liking’ a photograph on Facebook. Invasion of online privacy also became an issue in the recently attempted Labour leadership coup. Party officials cited the opinions and online profiles of countless, mostly Corbyn supporting, members to justify exclusion. Many strange examples came to light, but none more bizarre than that of Catherine Starr. She lost her membership allegedly because she publicly posted: “I f**king love the Foo Fighters”.

As grotesque as the idea of ‘social scoring’ depicted in Black Mirror might seem to liberal Western audiences, China is in fact already in the process of enacting something similar with its Social Credit Scheme (SCS). A report for The New Scientist by Hal Hodson claims:

Where you go, what you buy, who you know, how many points are on your driving licence, how your pupils rate you. These are just a few of the measures which the Chinese government plans to use to give scores to all its citizens.

All behaviour will be integrated into one comprehensive assessment of you as a person, which will then be used to make you eligible or ineligible for certain jobs, or social services.

It’s a terrifying prospect, particularly for the world’s largest contiguous population. You cannot help but wonder how the nation’s many ‘undesirables’ will fare in a system so deliberately tipped against them.

In this instance, Facebook has ruled that Admiral’s use of private data would be a breach of its privacy rules. The company has been instructed to desist. But Admiral might well not be the last to ‘test the water’. It is but one of many companies with access to our social profile. It might be time for all of us to think more carefully about what we’re allowing them access to.  And that includes Facebook itself. Some have proposed that Facebook only acted in this case to preserve its own exclusive right to know everything about us, not to protect our privacy.

Either way, it seems a major step towards invasive character profiling. If such practices ever became legally permitted and normal for profit-making organisations, market economies would be wide open to extreme prejudice and discrimination. Particularly if trade agreements such as TTIP and the proposed Investment Court System (ICS) were ever to grant big businesses greater powers. For many, exploiting the personal situations of customers would simply seem an efficient way of maximising profit. Furthermore, privacy is hardly likely to be high up the list of priorities for Theresa May in post-Brexit Britain. After all, she became infamous in her role as Home Secretary for pioneering the erosion of civilian privacy, with her ‘Snooper’s Charter’.

As well as actively enabling discrimination, if social media did ever become a deciding factor for living costs and opportunity, citizens would undoubtedly experience overwhelming pressure to conform and be seen as ‘squeaky clean’.

Which is not a world away from the entirely fake, vacuous, and prejudiced society portrayed in Nosedive: