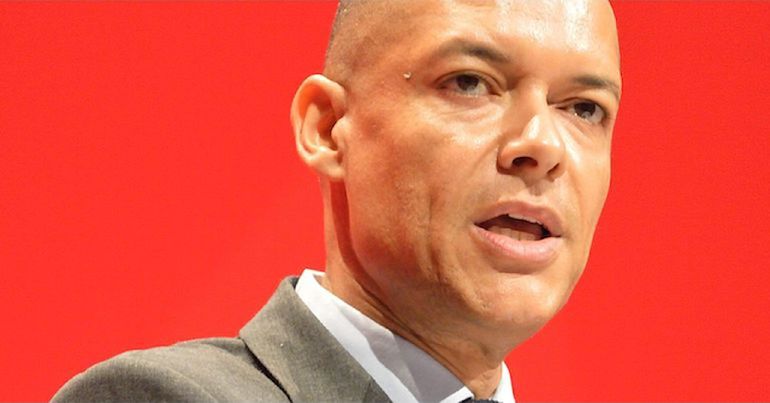 Labour MP Clive Lewis has called for everyone to acknowledge both antisemitism in Labour and the smears against the party.

Speaking to The Canary at Glastonbury festival, Lewis said:

The debate over Labour and antisemitism has bubbled over recently after the party resuspended Chris Williamson MP. But Lewis stopped short of defending Williamson, saying:

Chris Williamson is a Marmite character. I know Chris personally. After his last suspension, I spoke to Chris because I had Jewish comrades who are pro-Corbyn, socialists, who… took issue with what he said. They found it difficult.

Other pro-Corbyn Jewish Labour members, however, think differently. Jewish Voice for Labour (JVL), for example, regards the campaign against Williamson as “hostile” and “personal” – and more about Williamson’s politics than what he has actually said. Speaking to The Canary, a JVL spokesperson challenged “people supposedly on the left of the party” calling for Williamson to go, saying:

If they retain the illusion that throwing yet another left winger to the wolves will appease Jeremy’s enemies, they are following a disastrously misguided course.

Remainers must have an “ecosocialist” offer

In conversation with The Canary at Glastonbury’s Left Field, Lewis also tore into the failures of the 2016 Remain campaign:

The people who led the last campaign, with all due respect, we tried it last time and it was basically a combination of ‘you’ve never had it so good’ and ‘under Europe our GDP would increase by this much’. Well, as someone once heckled at a meeting, ‘that’s your GDP, not my GDP’. Because… as a measure of well-being – of equality and social and economic justice – it fails. So ultimately… that GDP increase from being inside the European Union, well some people did very well from it, but lots of people… haven’t seen their… living standards increase; they’ve seen it decline. And I think that’s where those who led the campaign got it wrong last time. So the offer this time has to be, I think, an ecosocialist one.

With that in mind, he said:

In other words, Lewis is arguing that Labour’s transformative programme must be front and centre of any referendum campaign. Otherwise, the dry centrism of the Labour right and the Lib Dems risks bringing about the same failure for Remain as in 2016.