'The things I have seen…' The truth about seeking asylum in the UK. - Canary 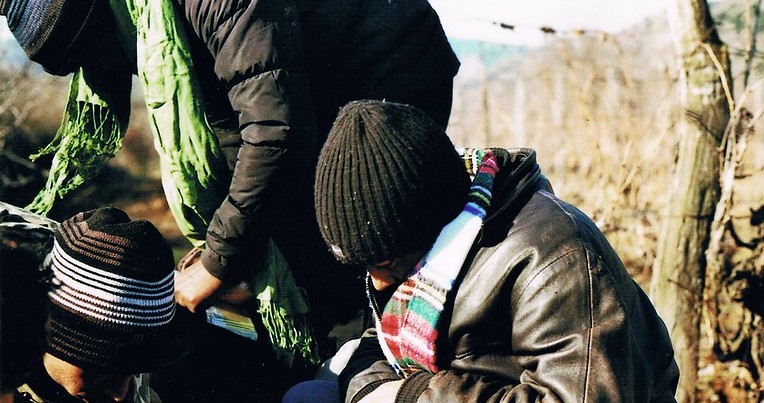 “On that journey, nobody cares if you live or die”. These were the words of Cumar*, a young Somali man seeking refuge from Libya, when asked to talk about his experiences on the journey to Europe last year.

“I thought it was bad in Somalia”, he told UNHCR, “but the things I have seen since the journey here… people being electrocuted, being tortured, people dying”.

“Forced to flee from their homes”

Cumar is one of around one million people worldwide who are forced to flee from their homes every year to attempt the perilous cross-continent journey to Europe. Like most, he has undergone severe physical, emotional and psychological trauma during his journey; he has been tortured by smugglers, seen his friends and relatives die, and come close to drowning.

This kind of narrative is tragically neither unique nor out of the ordinary. With very few safe passages provided for those trying to make the desperate journey to Europe, most risk their lives for months on end with smugglers and traffickers, who offer unregulated protection in exchange for money, ransom, or forced labour and prostitution.

Despite the depth and scale of this suffering, the traumas of asylum seekers are all too often missing from conversations about them.

Instead, discourse is dominated by descriptions of faceless, nameless “illegals”; with asylum seekers most commonly cast as people who are trying to effectively ‘cheat the system’. In the UK, “illegals” are described to have climbed into lorries at the UK’s border, and are pictured huddled into dinghies in the channel, their fear morphed into a symbol of national threat.

It is this – this instant categorisation of asylum seekers as ‘illegal’ – that forms the crux of the ongoing hyperbole which surrounds them. We are constantly told – by organisations, the media, even politicians — that those who enter the UK through such methods are essentially breaking the law. Even those who run the country insist on using this kind of terminology to distinguish between documented and undocumented migrants; just last December, former home secretary Sajid Javid cut his holiday short to declare the rise in channel crossings a “major incident” and later questioned whether those choosing this route were actually “real, genuine asylum seeker[s]”.

It’s this kind of rhetoric – which is ultimately shaped by a constant narrative in most of Britain’s establishment media — that ensures the British public sees undocumented asylum seekers in the same way; as lawbreakers who ultimately defy the UK’s laws by defying its borders.

“Every single person has a right to safe refuge”

But this perspective could not be further from the truth. In 1951, the Refugee Convention was set into global policy, granting every human being the innate right to claim asylum.

In practice, this means that every single person has a right to safe refuge. If you or I woke up tomorrow and our life was no longer liveable – either because of a specific law, group, person, or situation – we would be able to seek refuge in a safe country as a human right.

According to the 1951 convention, any person can claim this right if they are being persecuted, and their own government can’t or won’t offer them protection. People can claim asylum on any grounds – whether because of a wider environment change (such as war), or persecution from an individual person or group. Common grounds include if someone is persecuted because of their race, sexuality, religion, or political beliefs.

What’s more – and what many people don’t realise – is that an asylum claim cannot be made from anywhere other than the country a person wants to claim it in. This is why people like Cumar risk their lives, and the lives of their families on a daily basis, trying to make the treacherous journey to Europe, and to Britain. To have their claim considered, they must physically be at a UK port, having fled their home country. In other words, they can’t exercise their right to refuge until they have physically crossed its border.

And this is why there is a fundamental problem with the use of the term ‘illegal’ in this context. People who entrust their lives to smugglers, hide in lorries and crowd onto dinghies are simply following procedure. A procedure which has been in place since the 50s and is almost as old as our borders themselves.

Believing that a person is a criminal makes it easier to dehumanise them; when reports are released which describe ‘swarms‘, ‘tidal-waves‘,  or ‘floods‘ of ‘illegal’ migrants, sympathising with these individuals and their experiences becomes harder.

Jon Oborn, an asylum lawyer at the Immigration Advice Service which supports individuals and families through their asylum claims, sums this up well:

“People often forget that asylum seekers are first and foremost human beings,” he tells me.  “They forget about what they have been through to get here in the first place”.

Oborn works with asylum seekers and refugees from across the world every day who have all fled their lives and come to the UK in hopes of a better one. He says many have very similar stories to tell, especially if they have come from the same war-torn countries.

“Those from Iraq and Iran usually leave their homes on foot, walk over mountainous regions until they reach Turkey, then get a lorry to travel West from there,” he tells me. “This journey usually takes a few weeks”.

During this time, he says, most will witness their friends, family members, and peers become ill or die from the conditions.

Oborn goes on to talk about the role smugglers play in these journeys, telling me that all his clients refer to them as “agents”:

The agents seem to have quite a lot of power over people. They control where you go, how long you stay there for. They take all of the person’s documents from them, which leaves people in their hands.

Oborn notes that many of his clients still seem to be fearful of their agents, even after their journey is over and they’re sitting in his office.

This is certainly the case for Cumar, who describes his experiences with his smugglers as the most horrific of his life, having been beaten, electrocuted and burnt by his agents in exchange for money from his family.

Others, like Fatimah*, a young woman who fled from Eritrea in 2018, described being sexually assaulted and beaten by her smugglers.

“We were just three girls amongst us. The journey through the Sahara to Libya took seven days… and they raped us each and every day” she told UNHCR after she had been evacuated from Libya.

“No human being is illegal”

When people like Cumar or Fatimah finally get to Europe, and into the UK, it is likely that they will have witnessed more atrocity and experienced more trauma than the average British citizen could ever imagine. While there are various myths which have infiltrated the public opinion of asylum seekers and refugees, the most harmful are those which encourage us to stop sympathising with them.

No human being is illegal; by coming to the UK in search of safety, a person is exercising their human right. Instead of judging or criticising these people, we should be grateful that we have never had to do the same.

*Names have been changed to protect anonymity.