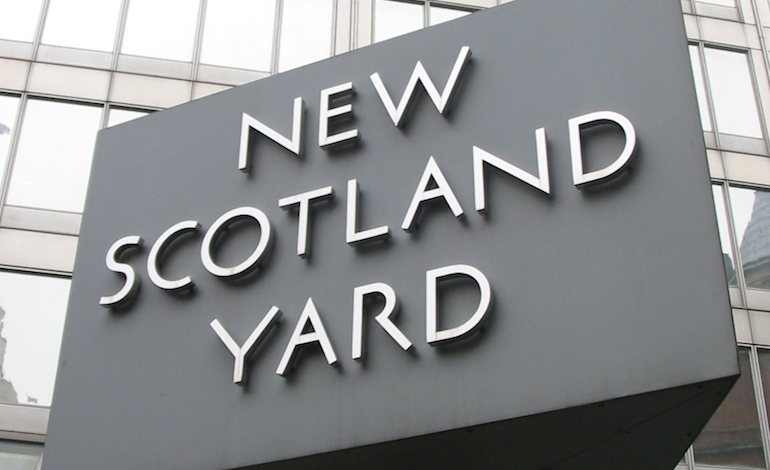 In 2022, the Undercover Policing Inquiry (UCPI) announced that its hearings will not resume until spring 2024. Meanwhile, a confidential document has revealed that as far back as 2011 police were fully aware of questionable covert operations, including the sexual assault of political activists.

A partially redacted 2011 confidential review by the now-defunct Serious Organised Crime Agency has been seen by the Canary. The review’s focus was on the activities of undercover police officer (UCO) Mark Kennedy. It revealed how, for example, a supervisor had to remind Kennedy about the threat “posed by intimate relationships”:

From media reporting it would appear evident that Kennedy engaged in relationships with at least two female activists. When considering the risks associated with long-term infiltration, the development of personal relationships must always be considered as a significant threat. This was clearly recognised by at least one operational head who instructed that the cover officer remind KENNEDY in relation to the threat posed by intimate relationships when authorising a female to stay at his address for two weeks.

Whilst deployed undercover, KENNEDY admits to having had two intimate relationships. There were also claims that KENNEDY used sex to infiltrate activist groups whilst deployed. A woman named [ACTIVIST] came forward and claimed she had had sex with KENNEDY multiple times.

Kate Wilson is one such activist. She was spied on by undercover police officers (UCOs), including Mark Kennedy, who formed an intimate relationship with her. You can read what happened to Wilson in her own words here. She also explained what happened to her in a video.

Wilson subsequently sought a ruling from the Investigatory Powers Tribunal (IPT) on what happened. The Campaign Opposing Police Surveillance reported on the IPT’s proceedings, noting:

Two important reports relied on by both sides [defence and prosecution] came from the Serious Organised Crime Agency (SOCA) and HM Inspectorate of Constabulary (HMIC). Both examined the Mark Kennedy scandal in its immediate aftermath; SOCA in 2011, though it remained private

Kennedy and other UCOs were able to form relationships with activists by adopting false identities, such as those of dead children.

In her claim to the IPT, Wilson named several undercover officers.

In October 2021, the IPT ruled in Wilson’s favour. In January 2022, it was reported that the IPT ordered the National Police Chiefs’ Council and the Metropolitan Police to pay just under £230k, including legal costs, to Wilson. This was for breach of her human rights.

Regarding the role of Kennedy, the IPT ruled:

(ii) MK’s sexual relationship with the Claimant was conducted with the knowledge of his principal “cover officer”;

(iii) MK’s deployment manager, who had the rank of Detective Chief Inspector, knew or turned a blind eye to the sexual relationship;

(iv) Other senior officers of the rank of Detective Chief Inspector or above who had operational and managerial responsibility within the National Public Order Intelligence Unit (“NPOIU”) for MK’s deployment either knew of the relationship, chose not to know of its existence, or were incompetent and negligent in not following up on the clear and obvious signs that MK had formed a close personal relationship with the Claimant which might be sexual in nature; [Emphasis added]

As reported by Police Spies Out Of Lives, the IPT further stressed that:

the sexual relationship Ms Wilson was deceived into by Mark Kennedy was conducted with the knowledge of his principal cover officer, and that his deployment manager, and other senior officers of Detective Chief Inspector (DCI) level and above knew (or chose not to know) about the sexual relationship, concluding that the National Public Order Policing Unit’s approach to its officers having sex while undercover was one of “don’t ask, don’t tell”.

In September 2018, the Canary revealed the names of Kennedy’s supervisors, as derived from leaked police files. Other supervisors/senior officers were previously named.

As well as Wilson, Kennedy (whose cover name was Mark Stone) exploited other women as part of his police work. They included ‘Lisa Jones’ over six years, Kate (‘Lily’) over two years, ‘Naomi’, and Sarah Hampton.

As reported by the Canary:

over 30 women were deceived into having relationships with undercover police officers. These spies also fathered, then abandoned, children with some of the women

An apology was issued by the Met to seven other women activists who were also abused. The Met Police subsequently conceded that relationship abuse by undercover officers equated to “torture or to inhuman or degrading treatment or punishment”.

This short video includes testimony from some of the victims. It also names some of the spycops, along with their aliases and faces:

The bulk of the SOCA review was about Operation Pegasus. That operation saw Kennedy participate in actions by environmental protesters. 29 of these protesters were convicted of various offences in 2009 after they had blocked a train carrying coal heading for the Drax power station in North Yorkshire. However, it took another three years after the SOCA review for Kennedy’s true role in the operation to be revealed, resulting in the overturning of all convictions.

The SOCA review also, albeit briefly, referred to some of Kennedy’s overseas operations. A full list of these operations was subsequently published by Powerbase.

Kennedy’s French operations included infiltrating a group of environmental activists. The activists – dubbed Tarnac 9 (after the village where they lived) – were arrested. However, charges – including terrorism for four of the defendants – were subsequently dropped once further proof of Kennedy’s role was revealed (by this author). The Canary also published the names of Kennedy’s authorising officers in the French operation via an unredacted extract from confidential files.

Given the subsequent revelations from women targeted and investigations by independent media, the SOCA review is perhaps more notable more for what it didn’t say.

Meanwhile, the UCO scandal is ongoing, as the Canary‘s Eliza Egret pointed out:

Director of the Centre for Women’s Justice Harriet Wistrich, who was a witness and Wilson’s lawyer in the early stages of the IPT case, commented:

This excoriating judgement could not have come at a more significant moment when we hear the details of the horrendous murder of Sarah Everard by a serving Met police officer who used deceit with the opportunities of his job to entrap her.

In July 2018, 85 non-state core participants to the UCPI, including Wilson, issued a list of demands including:

Full disclosure of all names – both cover and real – of officers from the disgraced political police units, accompanied by contemporaneous photographs

Justice will only be fully served when those demands are met, along with the release of the names of those supervisors who oversaw or knew about the abuse.