Strong, brave and complicated. Shows like Jessica Jones make it OK to be a 'real' woman. - The Canary 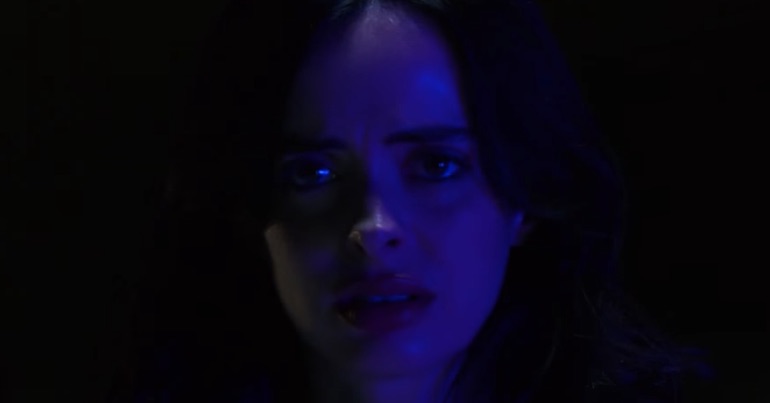 The second season of Jessica Jones launched on 8 March. This was also International Women’s Day (IWD). The timing was perfect, because Jessica Jones is a show that epitomises the reality of being a woman in 2018. It is one of the most feminist shows to screen for a long time. And it’s about time, because I believe feminism is a word that needs reclaiming.

It’s time we also stood together to acknowledge that, while we may be strong and brave sometimes – like Jones, we can also be complicated, damaged and a little bit broken.

In season one, Jessica (played by Krysten Ritter) faced up to her nemesis Kilgrave (David Tennant). A master mind-controller, Kilgrave’s obsession with Jones was the epitome of an abusive relationship. He raped her, and used mind control to force her to commit murder. On one hand, this is a fictional drama, but the issues resonate with many women on deeper levels. As Rolling Stone commented, Kilgrave “served as a chilling avatar for toxic masculinity”.

Jones is now tagged a “vigilante superhero” because she killed her abuser. Her anger is challenged and criticised by others. She’s told she’s a “ticking time bomb”. And she’s fed up with this “super vigilante shit”. Yes, she’s angry. But her anger ultimately stems from the damage caused by men. And this anger is something that women around the world are finally speaking out about.

Since the first season aired, women have self-declared as ‘nasty women’ and marched in their thousands worldwide. In the US, these marches became a focal point of protest against Donald Trump, who first used the phrase. But at marches globally, women also demanded changes to legislation and policies about human rights, women’s rights, economic inequality, immigration reform, and healthcare.

And since then, women in Hollywood found collective courage to speak out against the sexual harassment and abuse of Harvey Weinstein and others. This spread globally in the #MeToo and #TimesUp campaigns as millions of women (and men) found the courage to admit to experiences of sexual and physical violence.

According to Rolling Stone, the second season of Jessica Jones is perfectly timed, because:

it’s the ways in which she copes (or doesn’t) with her rage, drinks it away or punches it out, avoids it or is shaken awake at night by it, that’s turned her into such a compelling icon for the #MeToo age.

“How rapey of you”

As season two opens, a rival private investigator (Pryce Cheng) tells Jones, “I never take no for an answer”. He’s trying to muscle in on Alias Investigations, her private investigation firm. But Jones replies, “How rapey of you”. In four words, she nails it. Women who say ‘no’ have been silenced for too long. Underlying the dark film noir aesthetic of Jessica Jones are some chilling facts. Because physical and sexual violence – especially towards women – is endemic around the world.

The World Health Organisation (WHO) estimates that “about 1 in 3 (35%) of women worldwide have experienced either physical and/or sexual intimate partner violence or non-partner sexual violence in their lifetime”.

In the UK alone, a 2017 report from the Office for National Statistics found that 1.2 million women and 713,000 men in the UK had experienced domestic violence over the course of a year. 70% of those who died in “domestic homicides” over a three-year period were women. According to Rape Crisis, approximately “85,000 women and 12,000 men are raped in England and Wales alone every year”. But despite this, rape crisis centres have been warning about the impact of funding cuts since 2015.

Women’s Aid claims that the Conservative government’s plans to remove [pdf, p2] “refuges entirely from the welfare system” will put 4,000 women and children at further risk. Because, it says, up to 39% of refuges (supporting survivors of domestic violence) will be threatened with closure.

The government has launched a domestic violence bill. But according to Sisters Uncut, this:

is a dangerous distraction from the austerity cuts that have decimated the domestic violence sector since 2010.

Sisters Uncut also points out that:

already, 57% of women in prison are survivors of domestic violence who should have received support, not sentences.

Jessica Jones is groundbreaking because it fully represents the complex repercussions of violence towards women. In season two, Jones lands in prison. Finally, a show examines what might happen to women who have survived violence when there’s nowhere to go.

Melissa Rosenberg is the show runner for Jessica Jones. In an industry dominated by men, this is significant. Under Rosenburg, there is a female director for every episode of season two:

Every episode of #JessicaJones Season 2 was directed by a woman #FemaleFilmmakerFriday pic.twitter.com/Y82ePYgyYs

This was a very intentional move. As Rosenberg said:

I’ve been on 25 years of shows, and nine times out of 10, those directing staffs are all white men.

In 2017, women directed only 7.3% of the top 100 films. But their influence is growing in television: 21% of all television series had female directors in 2017, a 17% rise. This is important, because as Rosenburg explained:

There are so many talented, qualified women. It’s not like we’re having to search very hard. With the directors, it’s not like we were discovering anyone. They’re as highly qualified with as many credits as any other director, you know?

And this has a significant impact on the show because it doesn’t just represent strong women, it also hires them. As a result, Jones is equal to all the male characters: she holds her own against Luke Cage; in the final showdown, she was stronger than Kilgrave. What a breath of fresh air!

Jessica Jones also flies over and beyond what is known as the Bechdel Test: where two women appear onscreen and talk about anything other than men. Female directors on Jessica Jones mean women and marginalised people can take centre stage: without compromise.

“You keep telling me who I am, How dare you?”

Also important is that the gaze, or focus, throughout the show is female, not male. Jones dresses like so many of us do, in jeans and a hoody. No capes, lycra or high heels; these aren’t needed. Those tropes are for men.

The women on Jessica Jones are strong, powerful and vulnerable. Ultimately, it’s this that makes them sexy. It’s long overdue to see characters like this in a society that fixates on how women look. We don’t need men to dress us, or tell us how we should look. In season two, Jerri (another of Jessica’s enemies) dances with a group of sex workers. But as Rosenberg explains:

What we didn’t want to turn it into was a gratuitous scene. It’s beautiful, and even in her desperation and in her emotional state, she’s sexy, but it’s not about the sex.

As Jones says: “You keep telling me who I am. How dare you?” Behind her are millions of women asking the same question.

We are all Jessica Jones

I’ve survived some of these issues. But somehow, watching Jessica Jones makes it feel okay to be complicated and damaged. Because this also makes me, and millions of other women, stronger and braver. Much like Jessica Jones, we too have superhero strength. Perhaps we can’t bend metal, but we sure as hell have this strength internally.

– Support groups that help women in the UK and around the world: Sisters Uncut, Women’s Aid, Women on Wings, The Fawcett Society, Body Gossip.