One year on from the general election, a distinguished author lays bare why Corbyn's enemies can't defeat him - Canary 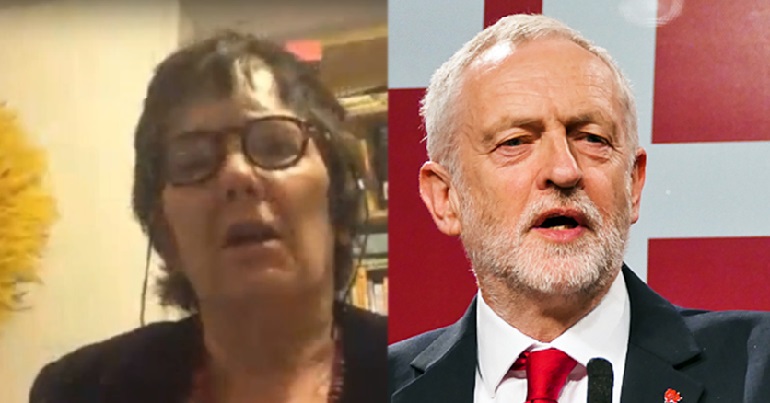 Hilary Wainwright is an author, scholar and activist. And one year on from the 2017 general election, she has laid bare why Jeremy Corbyn’s enemies are struggling to defeat him.

Wainwright is a founding editor of the Red Pepper magazine. She is also a fellow at the Transnational Institute, and has just published a book called A New Politics from the Left. In it, the book’s publisher summarises, she takes a detailed look at people and groups on the left which are “inventing a new politics based on principles of participatory democracy, co-operation and self-government”. She also looks at the impact this has had on Labour leader Jeremy Corbyn.

Speaking to The Canary, she explains how we arrived at this new politics, and how we can keep the momentum going to build a more democratic society.

Jeremy Corbyn and the “pressure cooker” of progressive grassroots energy

In 2015, Wainwright spoke about Jeremy Corbyn’s efforts to become leader of the Labour Party, saying:

Without a moment’s hesitation, I clicked on the link that, at the cost of three quid, would enable me to vote for him…

To be honest, the Labour Party isn’t worth that valuable three quid. But a platform for someone who not only insists that there is an alternative, but stretches himself to support everyone who is fighting for it, is beyond anything that money can buy.

I believe Jeremy Corbyn should be supported not as an attempt to ‘reclaim the Labour Party’ but as a transition to a political organisation beyond the Labour Party and beyond parliamentary politics.

Three years later, she reflected on why Corbyn became Labour leader and why his political foes have not been able to defeat him. Speaking to The Canary, she explained that the social movements fuelling Corbyn represent “politics catching up with the economic crisis” of 2007/8.

The devastating impact of neoliberal politics on ordinary communities, Wainwright said, attracted people in Britain to a Corbyn-led Labour Party that unapologetically opposed austerity and the previously anti-democratic and contemptful leadership of New Labour. Former prime minister Tony Blair, for example, tried to suppress the progressive energy of grassroots activists and Labour members; but this was like a political “pressure cooker”, Wainwright said, and that energy has now come bursting out – nurtured by Corbyn, who has tried to empower the grassroots left.

A new politics from the left

Speaking in particular about the roots and arguments of her new book, Wainwright insisted that Corbyn’s first victory in the Labour leadership contest was due to a feeling among the British left of ‘enough is enough’. The main parties had ignored the knowledge and experience of too many people for too long. So the energy behind Corbyn’s win came from communities around Britain which were sick and tired of politics as usual.

And this wasn’t simply a return to the past, Wainwright stressed:

Nonetheless, Corbyn’s opponents wanted to portray him as a symbol of the past in order to stop his march to 10 Downing Street. Because as Wainwright insisted:

this politics does threaten… vested interests in a big way.

Why do we need to do politics from the bottom upwards?

When we asked Wainwright why it’s so important to empower grassroots activists and move away from elite-driven politics, she said:

Because I don’t think change can happen without it…

The capacity, the energy and the power lies on the streets… with the people… in their workplaces and their communities.

Corbyn has the energy of social movements behind him. And the Conservatives don’t know what to do.

If the 2017 election campaign had gone on for longer, Wainwright told us, Corbyn would almost certainly have won. As she explained, “people were wanting a change and saw him as different”. But neither the Labour right nor the Conservatives could understand that.

The Labour establishment was “not understanding the potential”, and was “not wholly behind Corbyn”. In short, “it couldn’t believe that Corbyn could do well”. The Tories, meanwhile, “don’t understand this wider movement” and the “deeper appeal that Corbyn has”.

Both forces thought they could demoralise Corbyn and wear him down. But Wainwright argued that the Labour leader actually gains strength from his democratic mandate – from the support of members whom he encourages to have their say and get involved.

And while Corbyn’s opponents have tried to smear his supporters in campaign group Momentum, Wainwright suggested that this was because they find it difficult to “swim in a sea that has completely changed”. The trust in establishment politics has withered away, and citizens are now demanding democratic control over their futures. And no amount of PR or manipulation can turn that tide. Because today, Wainwright insisted, the internet facilitates organisation and helps to focus people’s energies.

In short, people will not allow a return to the politics of the past. Or not without a fight, anyway.

The role of alternative media

Another thing that the internet has brought to British politics is the new wave of independent, non-corporate media outlets. And Wainwright said this means that “people are getting information from sources that share their values”. This media is also helping to spread “practical knowledge and experience”. And it is “giving platforms to movements that have previously been very marginalised”, and helping them to spread.

Wainwright’s new book explains in much greater detail the roots and characteristics of the ‘new politics from the left’ that bolsters Jeremy Corbyn’s leadership of the Labour Party. And it shows the popular urge among many citizens for a democratic, co-operative, and self-governing left. The knowledge and experience of ordinary people – you and me – is of the utmost importance in this process. And when we asked Wainwright what readers can do going forward, she said people should “join Momentum” – with a constructively critical mind – and help to “shape it” with their own struggles.

One thing that is totally clear from Wainwright’s book is that the British left is going through exciting changes at the moment. Far from trying to emulate the past, it’s trying to build the future. And the more we all participate, the stronger that building will be.

– You can buy Wainwright’s book – A New Politics from the Left – here.

– Find out more about Momentum here.

– Support the work of independent media outlets like Red Pepper and The Canary if you appreciate the work we do.