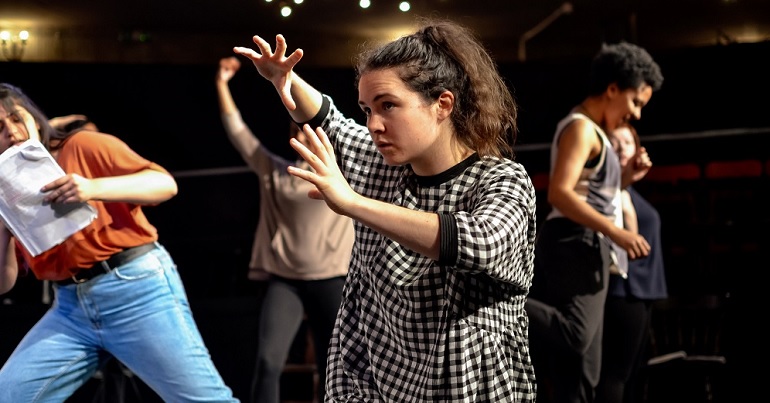 The National Youth Theatre’s (NYT) latest play has just opened in London. As is often the case with the company, it’s once again breaking ground. This time, it’s combining inspired writing, production, and its very special set of values.

Through its ‘Playing Up Company‘ course, the NYT aims to give nine months’ training to 19-to-24-year-olds who are not in education, employment or training (often referred to as ‘NEETs’). At the end of the course, they’ll hopefully get a Higher Education Diploma in Theatre Arts. Part of the course is putting on a real production, and Playing Up is currently on stage with its latest, called Tortoise. It’s running until Saturday 14 July at the Bunker Theatre in south London. 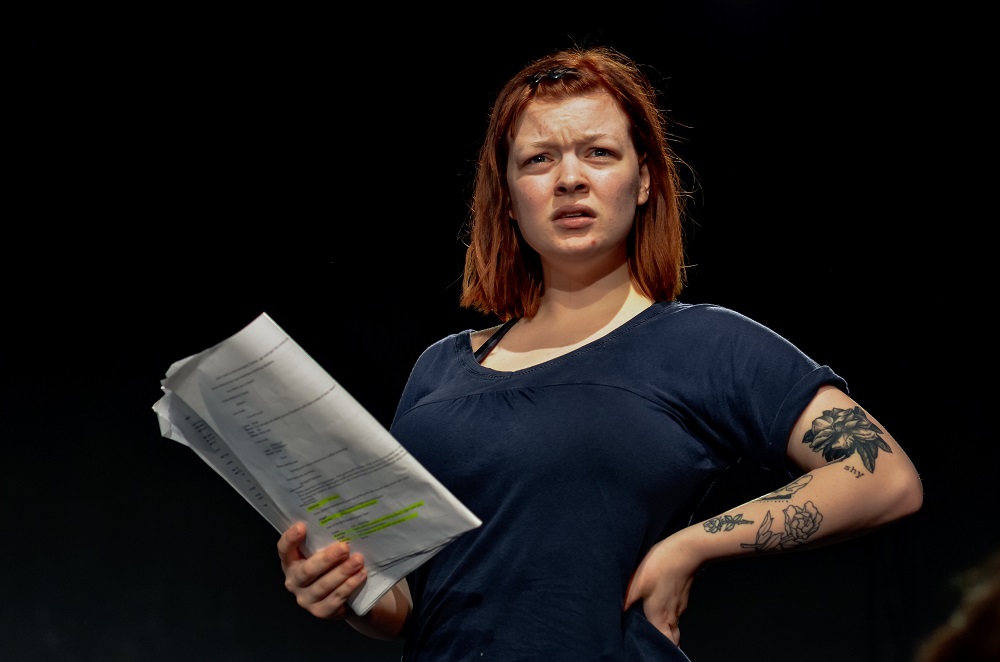 So, The Canary caught up with director Matt Harrison to talk the internet, austerity and escapism.

The NYT breaks the mould in many ways. Firstly, Tortoise was developed directly with Playing Up’s young members. It’s this process which gives the play an immediate edge. Because those performing in it not only know the subject matter but are also invested in the play from the outset. As Harrison told The Canary:

The creative process… has a very neat arch, a beginning, a middle and an end. That real sense of completion is so important… Some of these young people have been through their life without the necessary support… Whether that be education, employment or training. For them to take an idea from conception, beginning a training course not knowing each other – to then nine months later… performing in a professional venue is a really important journey. 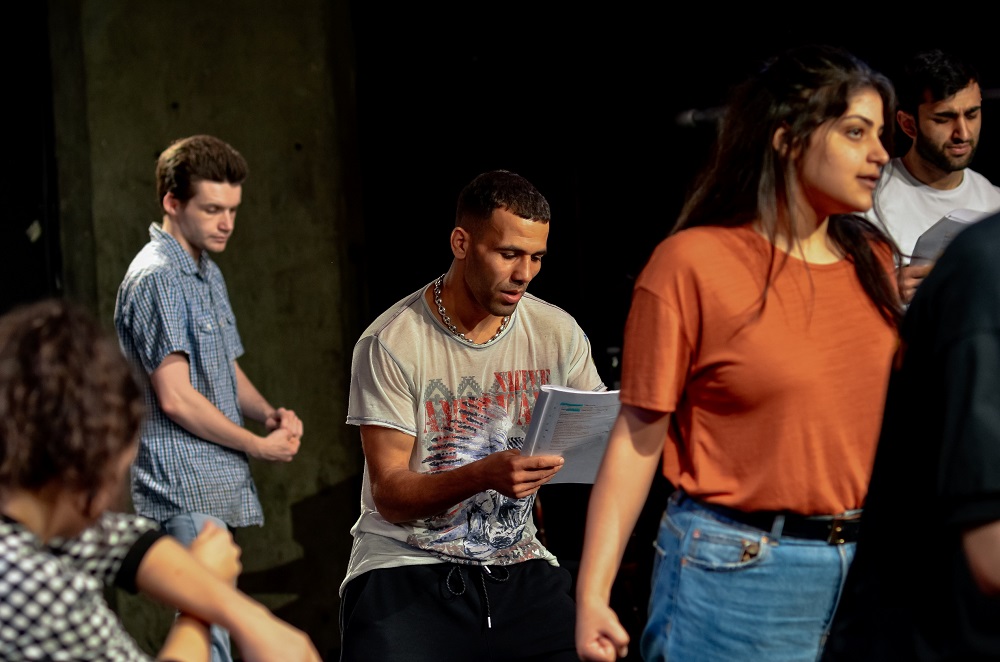 Secondly in the mould-breaking stakes, the NYT and Playing Up never shy away from difficult subjects. As The Canary previously reported, the NYT/Harrison production The Fall tackled society and older people; dealing with death, social care and euthanasia. Now, in Tortoise, the group tackles online gaming. But it also discusses a young person dealing with a possible parental death.

Tortoise‘s main character Luna, played by a searing Kara Leatherbarrow, is dealing with grief. Her father, who is in the army, is missing in action. So Tortoise follows the relationship between grieving Luna and her equally grieving mother. But it also centres around Luna’s use of online gaming as an escape from her trauma. It’s a central theme:

As with The Fall, Harrison uses a potent mix of drama and movement to hammer home Tortoise‘s themes. But what the play does so well is not to play into negative stereotypes about online gaming. This is partly due to the influence of the dynamic young cast. But it is also a credit to Harrison and writer Mark Weinman’s intuitive values. As Harrison told The Canary:

In Tortoise we are very keen to say that escapism is an important part of society. It’s always existed, possibly in ways that society [used to deem] less judgemental. In the past it might have been a walk in the park… As we have developed new technologies escapism has taken different forms. But within every generation there has been a desire to escape as humans. I think we have the tendency to become very trapped in our heads… We all need this time to disappear and to check in with ourselves…

With the official classification of “gaming disorder” as an illness/addiction, Tortoise treads a fine line between the positives and negatives of online gaming. But it handles it well. As Harrison notes, Tortoise aims to also pose broader questions about young people:

It’s also important that we equip… young people with the ability to emotionally articulate themselves and to communicate. Whether that be physically, verbally, through art and creativity or other forms. We need to teach young people how to release… anxieties and also how they can communicate them to wider society. 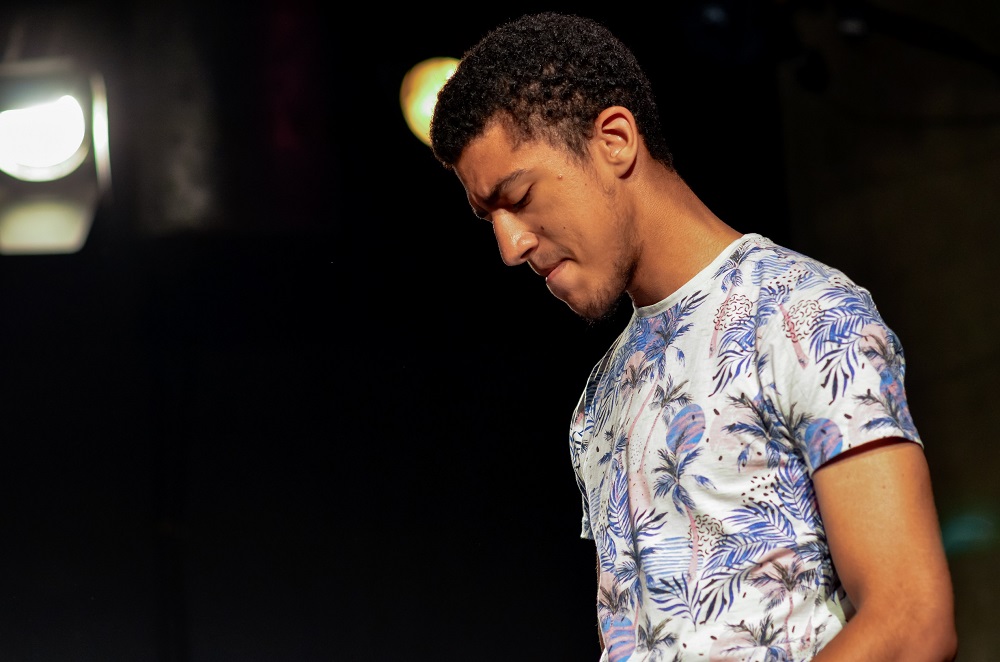 Slipping through the cracks

Tortoise is another triumph for the NYT; as is Playing Up itself. Amid cuts to youth services, its work is of real importance; something that Harrison says feels “transformative”:

I’m not a socio-political expert, but… I do feel that at the moment we risk losing a generation of young people. In parts of the country where traditional employment has gone or is changing… I really do worry… a generation of young people… feel isolated and forgotten. The government policy… around cuts to youth funding… means the cracks young people can fall through are ever widening. I don’t think we can underestimate the transformative power of the arts.

Playing Up… is a good example of offering some of these young people, who can feel quite marginalised or forgotten by the industry, a really active and practical second chance… [It’s] also about instilling a deeper and more holistic learning process.

The NYT is a beacon of art for social change, not least via the Playing Up Company. And in Tortoise, it has captured the essence of what it’s about. That is, empowering and inspiring young people while challenging some of the biggest issues they face. But as Harrison told The Canary:

There are certain challenges and hurdles which can only be overcome by connecting to each other. It’s really important that we try to pass on the skills and the ability to do that. Also to encourage that human-to-human contact. One of the lines in ‘Tortoise’ is ‘Get out of your shell’… I think sometimes we could all get out of our shell and connect with those around us a little more.

“Connecting” is also something the NYT does in droves for both its talented young actors and the audience; making Tortoise another must-see play from Britain’s leading youth theatre.

– Book tickets for Tortoise and find out more about the NYT’s Playing Up Company.