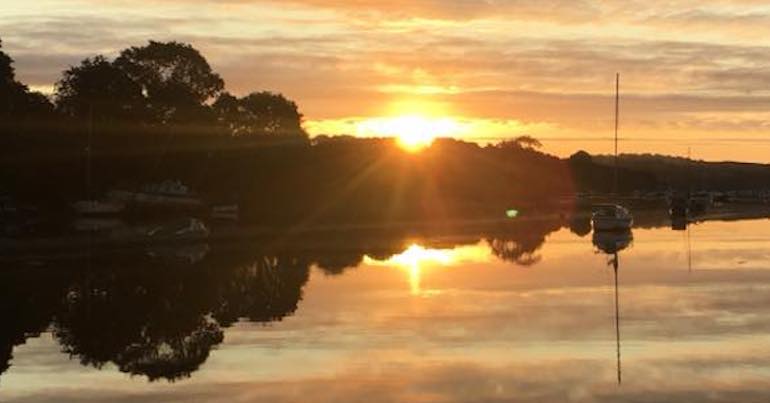 As Brexit chaos continues to dominate the headlines, many of us have had enough. It’s easy to become jaded and feel worn down by the same old news. But behind those headlines, the world keeps turning. And despite the spread of capitalism, climate chaos, and violence, a lot of very good people are doing incredible things. Brexit Ate My News is The Canary‘s regular roundup of those stories; a celebration of the positive news of everyday awesome and inspiration.

To infinity and beyond…

On 10 April, the world saw the first ever picture of a black hole. This revolutionises our understanding of space and also proves that Albert Einstein was right about the relationship between space and time.

An image of Katie Bouman, seeing the images for the first time went viral:

Congratulations to Katie Bouman to whom we owe the first photograph of a black hole ever. Not seeing her name circulate nearly enough in the press.

Amazing work. And here’s to more women in science (getting their credit and being remembered in history) 💥🔥☄️ pic.twitter.com/wcPhB6E5qK

Bouman led work on the algorithm that enabled the team of scientists to take these images. Too often, women’s role in scientific discovery is overlooked. But this time many people were “determined that Bouman’s indispensable role was not written out of history”. And it also meant that other groundbreaking female scientists, like renowned mathematician Margaret Hamilton, gained more recognition too:

I’d like to encourage all of you to go out and help push the boundaries of science, even if it may at first seem as mysterious to you as a black hole.

In Berlin, thousands of people marched to “vent anger over surging rents” in properties owned by “big private landlords”. They’re opposing the ongoing gentrification for corporate profits that’s now seen in most cities around the world. But Berlin activists have devised a proactive plan to change this picture. They’ve launched a campaign and petition to demand that the city “take back properties from any landlord that owns more than 3,000 apartments”.

As Reuters reported, Rouzbeh Taheri, one of the organisers said:

We have had very bad experiences with these property companies for years, and we know that they answer to their shareholders and not to tenants. We don’t want them in our city any more.

Bees play a vital role in our ecosystems and survival. But globally, human activities – such as climate change, habitat loss, and pesticide use – have led to worrying declines in bee populations. Planting pesticide-free gardens filled with flowers and plants to attract bees and other pollinators is a simple way that people can take action to protect bees. As National Wildlife Federation CEO Collin O’Mara said:

When we save wildlife, we save ourselves.

Even people who don’t have access to a garden can plant window boxes. Or, it’s easy to join the global movement of so-called guerilla gardeners who plant seeds anywhere and everywhere. From urban wasteland to country hedgerows, you can plant bee-friendly seeds and let them grow.

In June 2018, Conservative backbencher Christopher Chope objected and therefore blocked a private member’s bill to outlaw so-called upskirting. But the government adopted the bill. And on 12 April, it finally became a criminal offence.

Offenders will face up to two years in prison for taking an image or video under somebody’s clothing in order to see their genitals or underwear.

Gina Martin, who led the campaign, hopes that women will now feel more comfortable to report this crime. Martin’s determination – with support from Lib Dem MP Wera Hobhouse – also demonstrated the power of speaking out against sexism. She’s paved the way for a society where no one needs to accept acts of sexual invasion or lack of privacy.

It started with a kiss

Marler gained widespread support from thousands of people, including other international rugby players. He’s shown the world that the best way to challenge hatred and abuse can be with humour and a kiss.