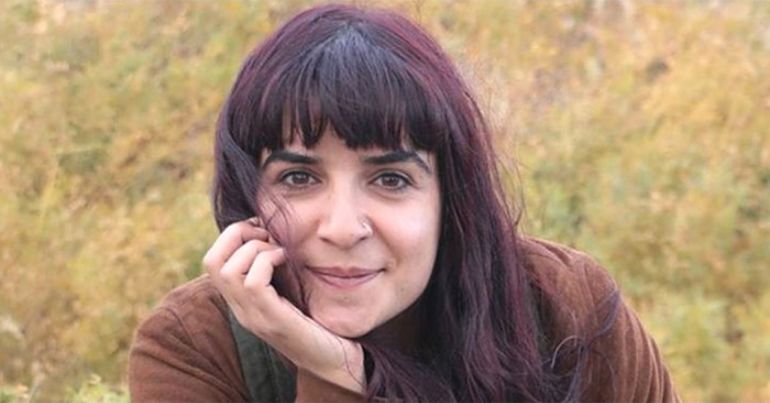 Today is 15 May. And a Kurdish journalist in Turkey was facing seven years and six months in prison for doing her job. Seda Taşkın worked at the Mesopotamia News Agency for four years. Last night, Taşkın told The Canary:

Tomorrow I have a court hearing to decide whether I will be detained or free.

But at her court hearing, she was sentenced to one year, 11 months and 10 days in jail. Although the sentence has been “deferred”.

And she said the charges against her and other journalists:

have nothing to do with the law.

Although she is not now in prison today, as journalists and as human beings, we still need to say #IStandWithSeda and #JournalismIsNotACrime.

“We are given penalties to be silenced and crushed”

The evidence against her is highly questionable. But this is unsurprising. Turkey, a NATO member, is described by Reporters Without Borders as “the world’s biggest jailer of professional journalists”.

Other journalists are also facing court in Turkey this week. And the European Federation of Journalists lists 157 journalists currently in jail there. As of February 2019, journalists had spent a combined total of 172,770 days in Turkish prisons.

There are a lot of pressures and threats to the journalists in Turkey. Censorship has increased. The press that criticises or investigates becomes at great risk. Court decisions have become political and not legal.

And she believes she is being punished because she is a journalist:

I think I am punished because of my profession as a journalist rather than me as a person. That’s why court decisions are based on political bases. In short, the system wants to silence us, and to impede our professional activities by making charges against us. We are given penalties to be silenced and crushed. Such arrests are a message to journalists who conduct their work properly. It is also a message to young people who want to step into journalism.

In an interview with the Morning Star, Taşkın said she became a journalist because the history she was taught at school “completely ignored the existence of the Kurds — it was a deliberate policy and it affected me”. She continued:

To write the truth, the facts. I thought I had to verbalise the pain of the oppressed, I had to talk about the violations of rights. Because no-one else did. I love what I do. I love journalism.

All the charges against me in the court file are due to my journalism activities.

The evidence presented against her includes visiting sources. As Taşkın said in the Morning Star:

I was just visiting a news source. The fact that I visited two children whose parents are in prison was considered a crime as well. I didn’t get to write this story, but they presented it as evidence because I might have written it in the future.

Other evidence included saying that her name from birth, Seda, was a code name, a photograph she took on Journalists’ Day that included the microphone of a banned news agency, and a tweet she sent:

Having worked in Ankara, Taşkın was sent to the Kurdish regions of Van and then Muş. She was detained while clothes shopping in Muş. Kept in custody for four days, she was “subjected to physical and psychological torture” until she was released.

However, an arrest warrant was issued for her, and she spent a year in Sincan Womens’ prison. Taşkın told the Morning Star:

It was my first time in prison. I didn’t know what to expect. I was put in a tiny cell with no windows. It was the stuffiest and smelliest place I’ve ever been.

I thought about my colleagues who have been here before I was. They have been through what I was going through. That gave me strength.

But the feeling of loneliness only lasted until I arrived at the doors of the cell. People welcomed me with smiling faces. At that point, I realised that there was another life, a new life in there and my job was only beginning there and then. There were a lot of things to do in the place called prison.

So Taşkın carried on working in prison, telling the stories of the people she was locked up with:

I did not have a camera, but I had a pen. And journalism was not limited with space. I made that my motto

“Journalists are the memory of the people”

Taşkın is passionate about journalism. She told The Canary:

Journalists are the memory of the people. Journalism tries to record all the injustice and unlawfulness of the society so it will not prevail and not become the norm in the history. Journalism’s role is not to let people forget what happened.

But she says that in Turkey:

Taşkın, however, is resolute in what she is doing:

As journalists, we want to document what we experience and witness in the county. And because of that, they try to stop us and make pressure on journalism, but we will continue our way as journalists. The great pressure on us will not deter us from the journalism path.

Our solidarity is vital. As Taşkın explained:

And as she stated, while one journalist is in prison, all of us should feel threatened:

Such solidarity and bond between journalists around the world will give us more power to continue our profession with steady steps. I think whenever a journalist is in prison, all journalists are under threat and must not feel freedom.

Taşkın concluded with these words. It’s now down to all of us to take up her call. Not just for Taşkın but for all the journalists imprisoned by Turkey and around the world.

We must carry out this solidarity not only within the borders of our own country, but also for journalists around the world. The more solidarity we can raise, the more pressure we can put on countries which narrow down freedom of media and journalism. In this sense, I call all the media, journalists and my colleagues to be side by side on the day of the court and to increase the solidarity.