A new podcast series explores the importance of storytelling, empathy and 'what it means to be human' - Canary 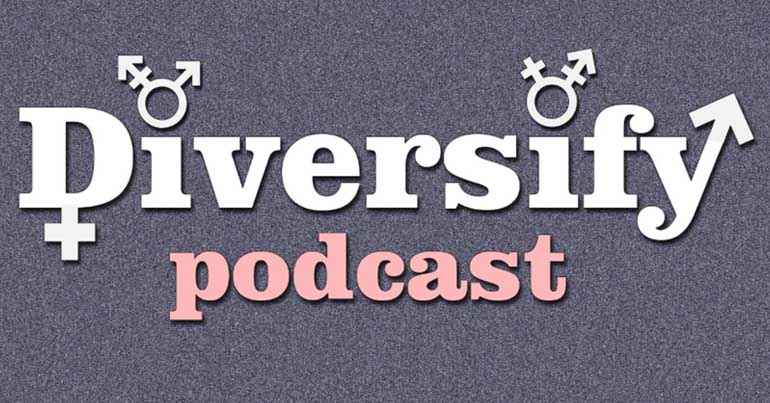 Diversify is a new podcast that aims to give platform to a range of voices that traditional media too often overlooks. It presents a down-to-earth conversation format that opens a space for listeners to learn from people in often-ignored communities. With Diversify’s second series about to begin, The Canary caught up with its hosts to learn more about the podcast.

“I was getting so angry and fed up with just what was going on in the world and I didn’t feel like I had an outlet,” explained Holly. That’s why, after putting it off with “excuses as to why now is not the time”, Holly finally knuckled down. Following a Facebook call out she teamed up with friend Kate. Together, they pushed forward with a podcast that Holly said explores “the importance of diverse stories and… letting minorities have more say”.

Diversify’s first series began at the end of October 2018 and ran for eight episodes. They included conversations about LGBTQI+ issues, the NHS, ableism, mental health and even proportional representation. The Canary asked Holly and Kate if they had personal highlights from the series, and Holly said:

Kamari‘s episode, called Painting Elephants and Trans 101. I love Kamari anyway but his honesty and his eloquence and openness discussing his story from his trans identity to his LGBT identity. … I just found his eloquence really beautiful and his story intense and lovely as well. His humour, his artistic integrity, just really got me.

Sam Elson‘s one was a particularly accessible one about mental health and… I think that for me was the moment I was like, “Okay, this is what the podcast is.” It’s about honing in on people’s stories and finding empathy. We just had a lot of fun on that one as well. That’s when we came up with the “What’s your favourite Disney movie?” question. It was just really helpful, I think, and she was so eloquent and everything was really well thought out.

The first series set out a blueprint for Diversify in two important ways. First, it brought in the voices of people with a wide range of identities and backgrounds. Secondly, each of those individuals was shown as diverse in themselves, with deep and fascinating insights to share.

It’s important to note that this array of voices is not just a box-ticking exercise. Holly and Kate pull the joys and difficulties of being a minority voice in contemporary Britain out of their guests’ stories. As a result, they become a medium for empathy. And that’s exactly what the pair intends. Holly explained that:

And in a piece for wellness website Balance Garden, Kate said that:

As soon as we can empathise with another human being, we can begin to do the work that is required to empathise with other social groups, and other sections of society.

Black radical Audre Lorde said that “oppressors maintain their position” by expecting the oppressed to educate them. Kate echoed this sentiment and explained that she hopes Diversify goes some way to mitigating that issue:

And while neither Holly nor Kate expects an “ex-BNP, UKIPer who is going to be voting for the Brexit Party” to change their views after listening, they did share stories of how Diversify‘s already had an impact. One listener contacted the podcast to say that he, as a white middle-class male, now felt equipped to participate as a better ally to the oppressed and marginalised in conversations.

Kate herself learned from presenting the podcast. In episode six, Everyday Ableism & Public Transport Woes, dancer and actress Libby Walsh spoke of some of her difficulties in today’s society as someone that’s part of the D/deaf community. Walsh told the story of a school theatre trip during which a teacher had shut down an opportunity for Walsh to get up and perform just because she was Deaf.

Kate works with students at the Globe Theatre. She said that Walsh’s experience came to mind during one of her classes when a deaf girl put her hand up:

The girl I picked was doing an exercise where you had to do loads of movements and it was really gesturey. And… she’s going to be much better at that than most of the other students. … Afterwards I watched her go back to her [teaching assistant] and she was jumping up and down like, “Did you see me? Did you see me? That was amazing, oh my god.” And it was just, oh god, I nearly cried. No-one told me to do that but because I’d heard that story, and those thoughts were in my head, I just did it.

This also provides an example of Holly and Kate as participants in their own podcast, rather than omniscient hosts. Through a Socratic dialogue style of learning through asking, the pair are learning at the same time as the listener. Holly and Kate are ideal candidates for this because, as Kate said:

Holly and I are in a sense very privileged and we also have experienced repression from Holly being LGBT and both of us being women. I think that placed us in a space where we were able to understand both sides of the coin and try and see what needed to be said and done in order to get these conversations flowing.

Ultimately, the podcast opens up stories that may otherwise go unheard. Stories hold power. They contain the potential for changing the way we look at the world, the way we look at each other. And that’s exactly what Diversify is harnessing.

Series two begins 3 July and Holly said it will be “even more diverse this time”. She highlighted an episode with dancer Joelle D’Fontaine as one of her most enjoyable, describing D’Fontaine as “a ray of fucking sunshine”. Meanwhile, Kate mentioned an episode all about grief, with model Milly Simmonds. This episode is less overtly political. Holly said it’s more focused on the “universal experience of what it means to be human”. But emotional work and self-care are fundamentally political, and talking about it openly can be a simple yet radical step. That Diversify is able to welcome these ‘apolitical’ conversations into its broader body speaks to its strengths.

In the end, Diversify is about positivity that can be drawn from other people because of who they are. Holly said:

These are tough times happening and sometimes you can feel like you’re the only one trying to move forward instead of back. And I hope that listening to Diversify… reminds people that there are still [others] out there who are pushing to make things better, and that you’re not on your own.

And that’s a reminder that all of us sometimes need.