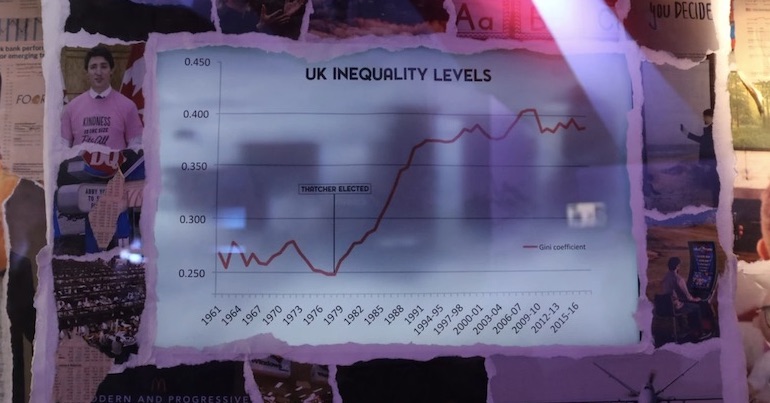 A new museum is set to open in London. But the Museum of Neoliberalism isn’t an ‘average’ museum. It offers a powerful and creative response to the “cold and heartless” way that New Labour and Conservative-led governments have destroyed the UK since Thatcher came to power in 1979. It’s also a timely and important reminder of how much is at stake in the current general election.

The Museum of Neoliberalism is co-curated by satirical artists Darren Cullen and Dr Gavin Grindon. After a successful crowdfunder, the museum opens semi-permanently in Lewisham on 16 November.

As Cullen explained, neoliberalism “is a cold and heartless way to run a country” because:

Instead of people, communities and the environment, neoliberalism only sees markets. As we hurtle towards the cliff-edges of climate breakdown and rising fascism, more than ever, we need to consign this limited and regressive ideology to the dustbin of history.

Although the museum was planned before the general election was called, the curators said “the timing could not be more appropriate”. Because as Grindon stressed:

This election is the first time an alternative to the neoliberal status-quo has been presented to the electorate since Thatcher. In anticipation of the death of neoliberalism, we thought it was high time we put it in a museum.

Cullen and Grindon chose to create this museum because neoliberalism affects almost everyone. “If you’re wondering what on earth ‘neoliberalism’ is,” they said, “you’re not alone.” Because even if the “term is unfamiliar”:

its impact is not. Thatcherism, Reaganomics, Augusto Pinochet’s regime in Chile, all based their economic policies on neoliberal ideology, which calls for privatisation, the shrinking of the welfare state, sweeping cuts to regulation and taxes, the dismantling of unions and worker rights, and the free-movement of capital across borders.

And the impact of these policies has led to:

record levels of inequality, wage stagnation, public services sold off or left to rot, accelerating climate-change, and a fundamental shift in how we see ourselves and our place in society. 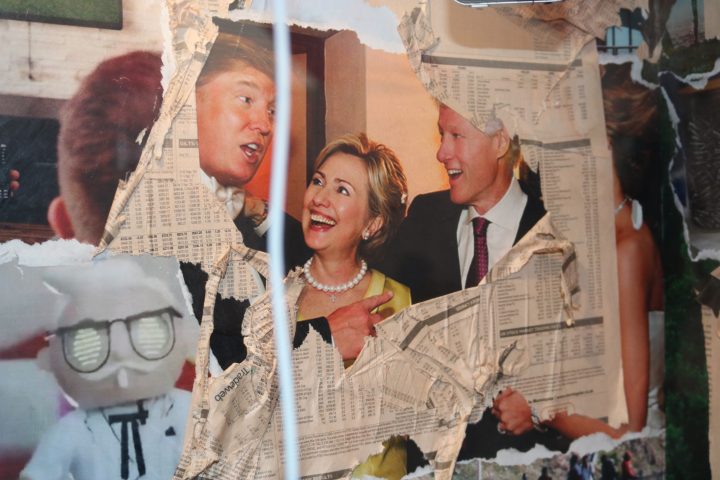 Visitors to the museum can explore “the shocking and bizarre world of neoliberalism”. ‘Artifacts’ are “preserved under glass for future generations as a warning from history”. Attractions include:

a diorama of an Amazon warehouse, featuring a genuine device bosses use to track and monitor employees, alongside a plastic bottle of authentic Amazon-employee urine, produced due to the pressures on staff to avoid toilet breaks. 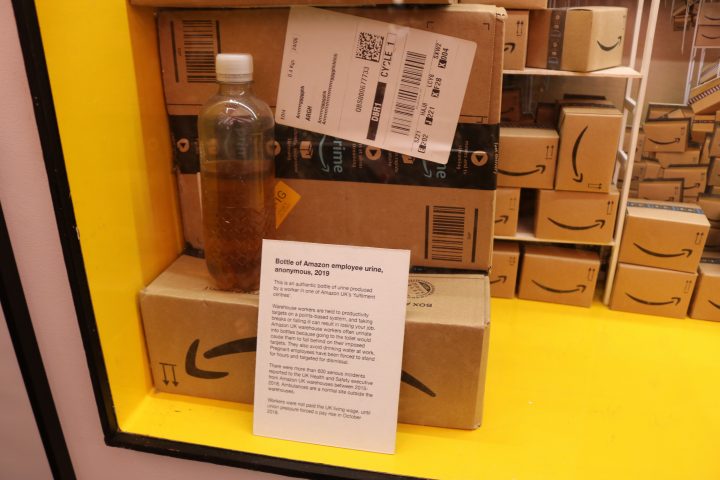 Some displays “walk the line between humorous and shocking”. When the museum first opened at The World Transformed festival in Brighton, Cullen and Grindon say that many visitors:

refused to believe some of the displays were not satirical objects invented by the curators, such as ‘Teen Boss’ magazine for young female entrepreneurs, or a collection of corporate-sponsored Scout award badges. 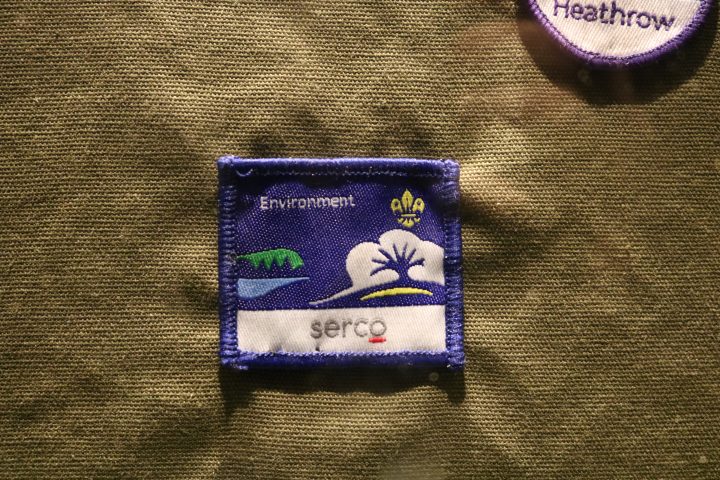 After reaching their crowdfunding goal, Cullen and Grindon added a £195,000 stretch goal. This was to pay Tony Blair his reported speech fee when the museum opened. They were told Blair was busy that night, but that:

they hoped the “opening is a great success.” An endorsement the curators have cheekily added to posters for the museum.

This is the first joint project between the pair, but both exhibited at Banksy’s Dismaland in 2015. Cullen made the Pocket Money Loans payday loan shop for kids, while Grindon curated The Museum of Cruel Designs. Grindon also curated parts of Banksy’s Walled Off Hotel in Bethlehem, which opened in 2017.

Although this museum may be satire, it’s a stark reminder of what we’re up against if the Tories do win this general election. So it’s also a poignantly artistic and timely reminder of why we need to vote for change.