Powerful images of the ongoing mass protests in Chile - Canary 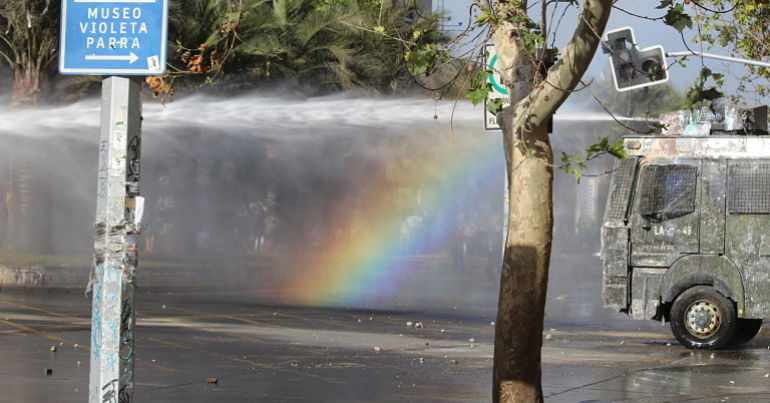 One month ago, Chile’s Transport Ministry announced a hike in Santiago’s underground metro prices. In response, school students began protesting in metro stations and organising fare-dodging acts of resistance. Rather than negotiating with the students, though, Chilean president Sebastián Piñera initially met the protests with condescension and police repression.

The students soon found support in wider Chilean society; and what began as a localised dispute ended up turning into a national uprising. The metro price hike, it seems, was the grain of rice that tipped the scale after three decades of neoliberalism in Chile. And now, the country is now gripped by a national strike.

The following photos capture the events of recent weeks. 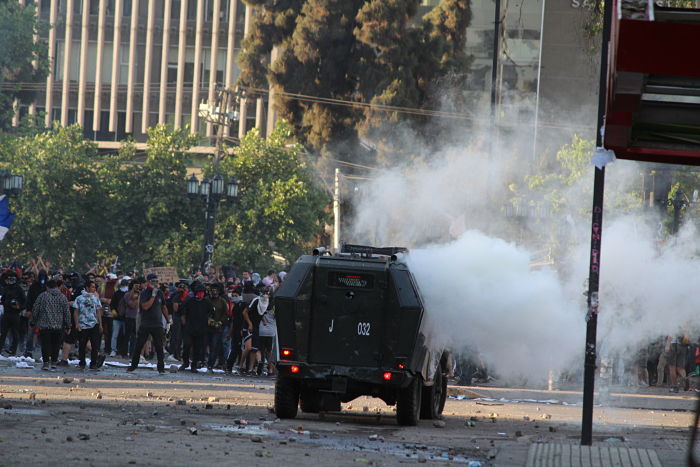 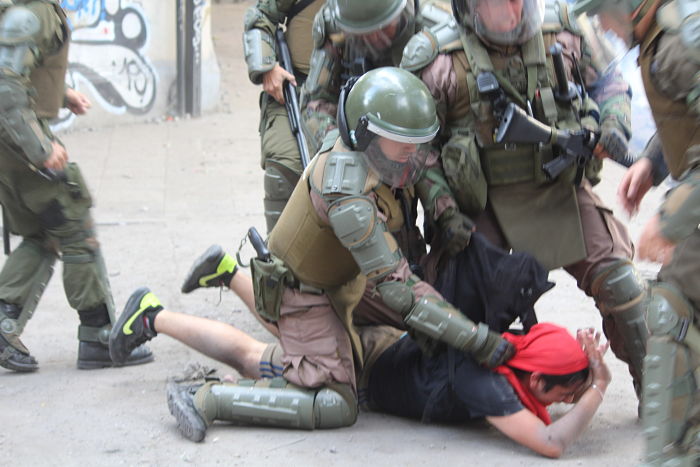 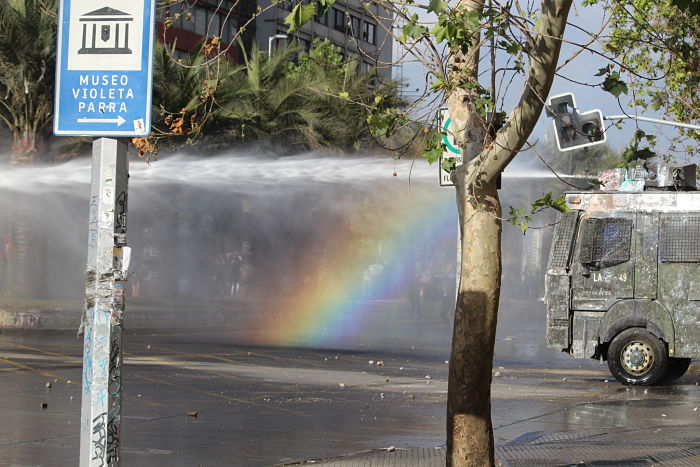 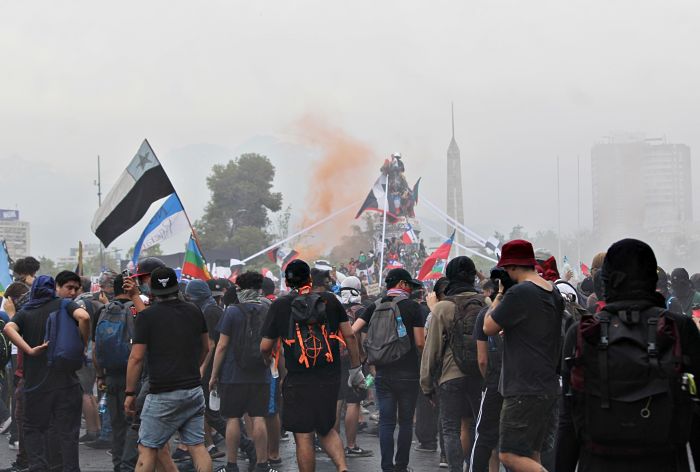 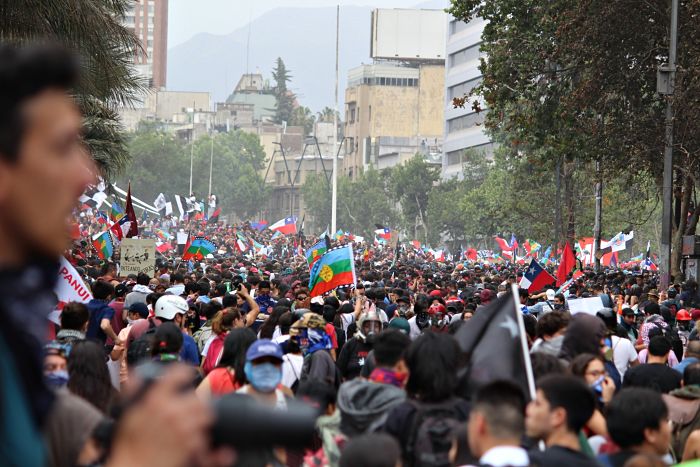 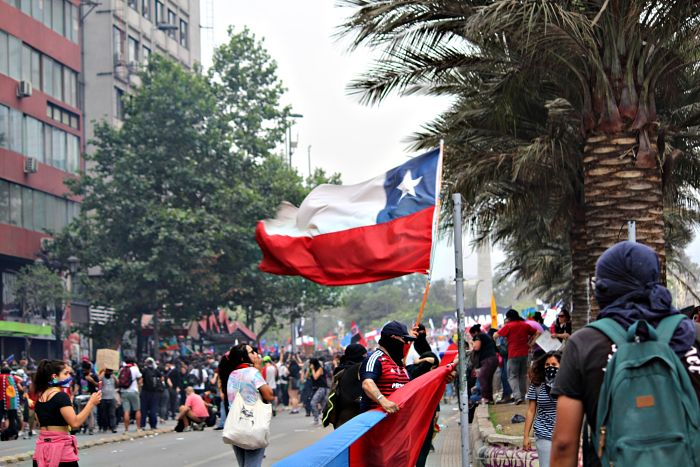 Never forget the past. And never stop fighting for a brighter future.

“Neoliberalism was born in Chile,” say the protesters.

Perhaps it will die there, too.