I sat next to Corbyn on a budget flight. No, all politicians are not the same. - Canary 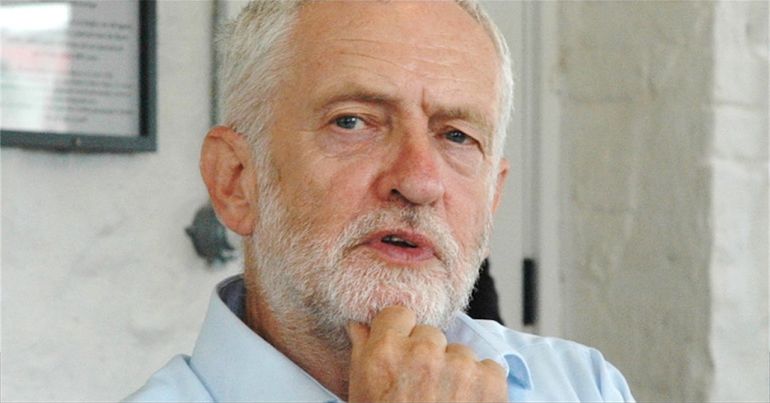 I am a fresh new father and an EU migrant, but living in the UK long enough to have some understanding of how politics affects our lives. I started working here in a car wash, then for a few years on construction sites, and now I work for a charity. I have never publicly commented on any country’s politics, let alone the UK’s. But I do believe this time my story should be heard. I think it will help some people know better one of the candidates in this year’s elections.

This story is about me and Jeremy Corbyn.

It’s August 2019. My son was one month old and we booked a trip to introduce him to his grandmother, his uncle and the rest of the family. It’s a low-cost flight, totally packed. We got to our seats, and we hear this white beard man apologising for having to ask my wife to stand so he can get to his seat. Then a woman, sitting across from us on the opposite row, stands up and allows a mother to sit next to her son and lets this man – white beard – her husband, know she will be going to a different seat as she allowed the mother to stay close to her son.

Once seated, I take a look at this man. His eyes are already closed but I realise who he is. Jeremy Corbyn was sitting right next to me on a low-cost flight. I whisper to my wife, “do you know who this guy is? He is Jeremy Corbyn!”. She goes “who’s that?” and killed all my enthusiasm for a moment. I have to say, I have no preference towards any politician, but I was surprised that such a high-profile British politician flies with a low-cost airline and, more than that, doesn’t go for the extra leg room.

About one hour into the flight he wakes up. I was waiting for this to happen so I can start chatting. And we did… for the next hour. Nothing about politics. But about him and his wife visiting my birth country, his niece visiting them often, my son and our NHS experience with his birth, and tips on places he should visit. He asked about countryside and villages, leaving the impression he’s looking for nature and meeting people. I have to say it was an absolutely amazing experience. He was able to make me feel so comfortable to share my thoughts with him, so simple and humble.

I have to say giving birth was the greatest experience of our lives. And that was thanks to the NHS staff. I told Jeremy: “we are simple working class people but we felt like we were in a posh, rich people, private hospital. The treatment we received was spotless”. And he said: “That’s exactly how it should always be; our NHS is the best thing this country has ever done”.

It was an example of how a politician should be. I am quite an active citizen, and I like to be involved in my community’s life, and I work for a charity that gives me opportunities to meet local or regional politicians here in the UK. I’d met politicians in my birth country as well. Most of them have this intimidating attitude or an air of superiority around them which simply doesn’t make a simple person like myself feel too comfortable. This guy, Jeremy Corbyn, was able to make me feel like I was with a wiser teacher, or that uncle who gives you the right advice when you need it.

Once we landed, he gives us another lesson. Reunited with his wife, they stop and waited for us so he can introduce us all to his wife. How amazing was that? Then he showed off a bit with his Spanish, speaking to his wife in Spanish, saying he would like to be more fluent but his wife only speaks Spanish when she’s angry with him. I am so happy with this memory and even more than that this experience gave me the answer of why this country is one of the greatest; it’s exactly because of people like him who don’t take things for granted and continue to keep their feet on the ground.

I cannot vote in this election, but I think people should choose the right person, as well as thinking about politics. They are all saying what they think you would like to hear, including Jeremy Corbyn. That’s how campaigns work. But not many can demonstrate simplicity, humility, and the understanding of people’s life, and still adhere to the values that contribute to a political life: serving people and serving the country’s best interests. In the middle of a summer holiday flight, in an airless cabin, Jeremy Corbyn proved himself different.