The realities of gentrification and social cleansing in BAME Communities - Canary 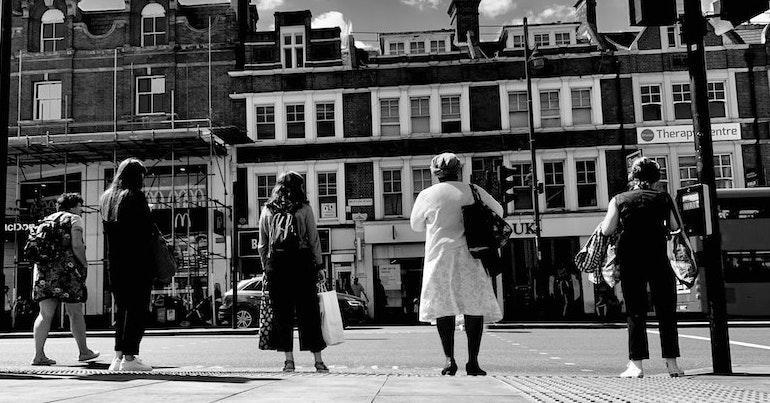 Dressed up in carefully calculated marketing terms, you would be forgiven for thinking that ‘regeneration’ is a progressive concept and a force for good: the investment in and improvement of neglected communities and areas. Touted by urban developers as the transformation of so-called rundown housing and public spaces, it would be easy to view this process as one which gives as opposed to takes. It often promises a strengthened local economy through attracting newcomers to the area and creating employment opportunities.

Yet, what has become increasingly clear over the past century is just how blurred the lines are between the façade of ‘regeneration’ and the brutal reality of ‘gentrification’ – and the disarray it inflicts upon those whose lives are irreparably altered as a result.

“A tragedy of dispossession”

Beneath the shiny surface of luxury apartments is a tragedy of dispossession that stretches far beyond material assets. Not only do those affected often lose their physical homes, they, too, lose a sense of community, belonging, and collective identity. And those who are overwhelmingly burdened by regeneration – or, rather, gentrification – are BAME (Black and Minority Ethnic) and migrant communities.

Since Ruth Glass coined the term gentrification in 1964, it’s become synonymous with the forced displacement and upheaval of those from lower socioeconomic backgrounds. Yet it’s also become a highly racialised issue; the latest government statistics revealed that Black African (44%) and Black Caribbean (40%) households were most likely to rent social housing out of all ethnic groups in the UK between 2016-2018. Similarly, The Trust For London found that poverty and deprivation in the capital disproportionately affects those from ethnic minority backgrounds. When areas become gentrified, resources are often steered away from low-income housing – and herein lies the problem.

A report by the Runnymede Trust and CLASS explores how housing legislation has become a catalyst for social cleansing in London, predominantly hurting working-class and BAME communities. A conversation between two young BAME women is featured within the report, and one particularly poignant and impactful comment is made:

The British Empire, or whatever you want to call it, asked the people from the Caribbean to come here to build it up, then we’ve done all of this, we’ve had our carnival, been through our troubles with the police […] we finally get to this place, and then we get looked down on by people who’ve been living here for all of 2 months.

Dalaeja’s comment rings true for many generations of Windrush migrants who’ve settled in the UK, particularly in London. Despite being invited to the UK by the British government in the late 1940s in an attempt to help rebuild post-war Britain, Windrush migrants and their families have suffered unduly. The Windrush scandal of 2018 is one of the most overt examples of the systemic oppression they have endured, yet there are the less obvious, more gradual forms of alienation and ostracism such as gentrification.

In Brixton, for example, children of the Windrush generation have grieved as their neighbourhoods are torn apart by developers and investors looking to profit from the very communities they and their families worked so hard to build. Once considered the ‘hub of West Indian culture’, Brixton is gradually morphing from a vibrant, thriving space made up of entrepreneurial Windrush migrants to an expensive, exclusionary area. An influx of restaurants, farmers markets, galleries, cafes, and bars has led to a spike in rent and house prices, which have risen by 85% in the past ten years.

This has subsequently served as the driving force behind the fragmentation of longstanding social networks; many third-generation traders and residents have been pushed out as a result. As the community has been moulded into a space for a younger, middle-class generation, the heart and soul of Brixton has been sacrificed. Crucially, as Professor Loretta Lees argues, “displacement is not just about direct replacement of poorer by wealthy groups; it also involves forms of social, economic and cultural transition which alienate established populations”. Sadly, long-term and former residents feel that Brixton today is almost unrecognisable.

Urban geographers – such as Lees – have described gentrification-induced displacement as a form of new-wave colonialism. And this is no stretch when considering Theresa May’s ‘hostile environment’ policy which, despite being ‘rebranded‘ as “compliant environment” by Sajid Javid during his time as home secretary, continues to be felt across migrant communities.

The hostile environment sought to make the UK as unwelcoming and difficult to navigate as possible for those without ‘leave to remain‘ and attempted to deter asylum seekers, with ‘Go Home’ vans becoming one of the most controversial and widely-condemned emblems of the policy. While gentrification can operate on a much more subtle basis, its racialised nature cannot be overlooked. The ‘hostile environment’ may have initially intended to displace migrants beyond the UK border, however, through gentrification, it has similarly functioned on a national level, as BAME and migrant communities are displaced internally throughout the country.

With the ongoing housing crisis and urban inequality rife across the UK, many fear what the future may hold for BAME and migrant communities who are increasingly pushed from their inner-city homes. The violence of displacement cannot be understated. As Pierre Bourdieu observes, the housing market tends to “sort high income residents into neighbourhoods with the best access to education, employment and amenities and the lowest levels of pollution and crime” – inevitably perpetuating social inequalities.

Yes, neglected housing and neighbourhoods ought to be improved and refurbished if necessary, but this ought to be done solely with existing tenants in mind – without dramatically raising the cost of living and rent, and without changing the character of communities to suit new middle-class dwellers.