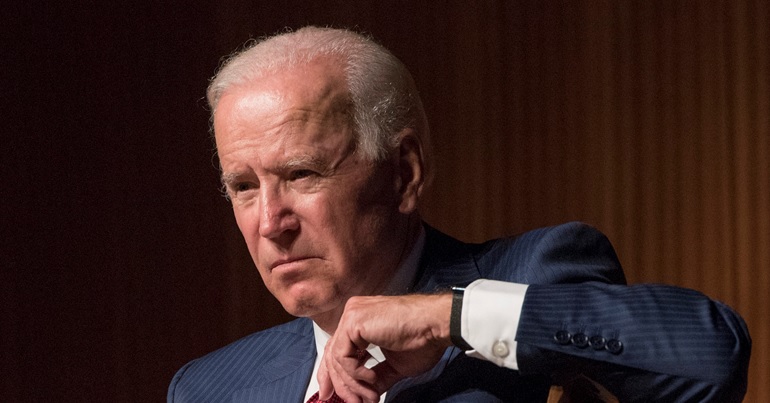 The Canary has spoken to journalist and author Ryan Grim about recent developments in the US Democratic Party, including Bernie Sanders suspending his campaign and the sexual assault allegation against presumptive presidential nominee Joe Biden. And in all of this, he highlights the important role that the mainstream media played.

No more ignoring the Biden allegation

Grim recently wrote a piece titled Time’s Up Said It Could Not Fund a #MeToo Allegation Against Joe Biden, Citing Its Nonprofit Status and His Presidential Run. And he spoke to The Canary about Democratic Party and media elites initially avoiding the story, saying:

It’s been mostly an issue that has so far been kicking around on the internet, so to speak… On Twitter, Facebook, other social media, people have been talking pretty heavily about the Tara Reade allegation. You’ve seen some right-wing media pick it up and then some consciously left-wing media has also been openly discussing it. But so far, there hasn’t been a whole lot of conversation in the mainstream media about it. But… that may be changing.

Since we spoke to Grim, however, the mainstream media has covered the allegation more widely. The Biden campaign has strongly denied it.

Grim then turned to Sanders suspending his campaign against Biden, stressing:

The presidential campaign in the United States is very heavily driven in the modern era by media coverage, and not just by any media coverage, but by mainstream… by cable coverage, particularly MSNBC, but also CNN. And so, because there is a highly-educated set of voters who swing and participate in the Democratic primary, that makes a lot of other campaign tactics less helpful against a media narrative because these are people who are going out and getting information for themselves and deciding who they’re going to support. And when they go and get that information for themselves, what they’re often finding is information that is extremely hostile toward Bernie Sanders in particular. … that certainly played a significant part in putting a ceiling on his support or … providing the space for a really rapid consolidation among the establishment and Sanders opponents around the single candidate of Joe Biden.

Sanders lost despite raising more funds than Joe Biden and receiving a significant number of individual contributions. As Grim stressed:

Yes, Bernie Sanders raised more money than the other candidates. But the money that a candidate spends is pennies compared to the amount of money that the media spends in producing information that becomes part of the mix of… helping the voter make a decision. And so, yes it’s better to have more money than less money… But if you’re not able to create a narrative for yourself in the media that is beneficial to you, then all of the money that you have isn’t necessarily going to do it.

Will the legacy of the Sanders campaign force a Biden shift?

Many Sanders supporters are demanding a significant policy shift from Biden in order to earn their votes. One letter from several youth organisations, for example, asks Biden to back a number of progressive measures. But as Grim stressed, this pressure is unlikely to shift him “in a major way” because he’s:

not a politician who has ever been driven by a principle beyond positioning himself as a good politician. So what that means is that there is room for the left to pressure him in a way that could work. If Biden is convinced that going to the left is the best way for him to be elected president and for him to be remembered as a great president, then he’s going to be happy to do that. He’s not… reflexively opposed to any particular policy for any reasons beyond what he believes to be political necessity. So if he can be convinced against his own judgement that those political necessities are in error, then you certainly could see him moving.

But has the Sanders campaign changed the debate in US politics enough to force a Biden shift (however small)? Or are establishment Democrats now firmly back in charge? For Grim, the coronavirus (Covid-19) pandemic could end up having the final say:

the pandemic that we’re living through… is going to change politics, potentially as dramatically or more so even than the Sanders campaign.

So as the Sanders campaign helped Democrats generally in the country as a whole to think more imaginatively about solutions to some American problems, the pandemic is going to bring those problems into starker relief. You’re going to see poverty explode, you’re going to see supply chains ravaged – which is going to gut towns and cities across the country, you’re going to see the number of people without health insurance skyrocket, you’re going to see bankruptcies of small businesses go through the roof, unemployment hitting 10% and above. And so as that ricochets through the economy in the form of evictions and foreclosures, and divorces and suicides, you’re going to see people start to rethink the role of government and a social safety net. … you’re already seeing that with a [controversial] $2tn bailout that was passed just recently. And I think that there is an opportunity to see a lot more of that.