The Irish government patted itself on the back for bringing 'them home’, but one Irish woman has a very different story - The Canary 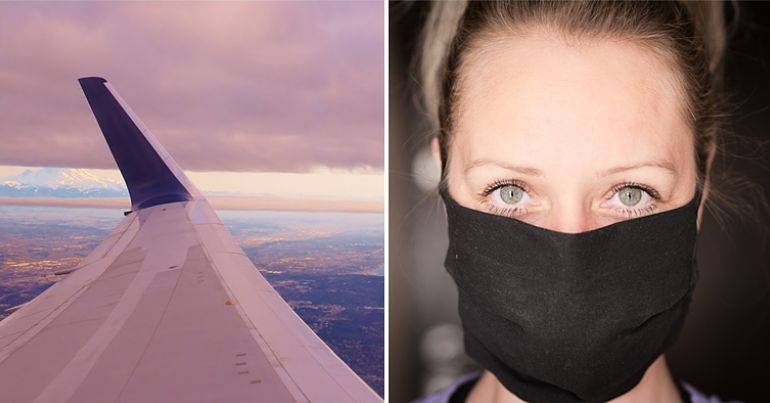 As coronavirus (Covid-19) spread around the globe, Irish citizens desperately tried to return. The Irish government got involved and applauded itself for helping to “bring them home”. Some of these citizens said they were “proud of our Government”.

But it hasn’t been like that for everybody. In fact, one Irish citizen from the south of Dublin (referred to here as ‘Mary’) sadly had a very different experience.

Because not only did Mary have to get back to Ireland from Queensland, Australia with no help from the Irish government, but she did it at her own expense, while living with Multiple Sclerosis (MS) and facing the prospect of her disability irreversibly worsening. Mary spoke to The Canary.

In October 2019, Mary went to Australia to stay with friends. They invited her to stay until April 2020 to help with her MS. The Australian sunshine would give her much needed vitamin D. The change of scenery would also help her reassess her employment situation as she found it hard to get work in Ireland because employers were unwilling to accommodate her disability in the workplace.

To some extent, her stay worked. The sunshine and rest were doing her good and she was looking into possible employment prospects. However, at the start of March 2020, as the pandemic worsened, she realised she would have to return to Ireland sooner than planned if she wanted to get home safely.

Her visa expired on 23 April, the day after her return flight, and her supply of medication would run out on 28 April. But as airlines had started cancelling flights, her flight on 22 April looked doubtful. Mary said:

Emirates cancelled her flight with no refund and Mary was unable to speak to anybody at the airline. A spokesperson for Emirates responded:

We were sorry to hear of the disruption to her travel plans as a result of the global pandemic. Emirates has introduced a number of options for customers, including refunds, which I’ve outlined below and which may help. I’m afraid that it wouldn’t be possible for us to comment on individual cases at this time as, due to the current situation, Emirates is receiving and dealing with a huge number of enquiries as it tries to assist passengers affected by the current crisis.

But she desperately needed to get home before her visa expired and, even more critically, to get a continued supply of medication for her MS. She takes gilenya for her disability and were she to stop taking it immediately, Mary says she:

could go quite quickly into severe disability and move from relapsing and remitting MS – which is what I have – into secondary progressive MS, which is quite severe and that can lead to wheelchair and not many recovery periods

Eventually Mary was able to get a prescription posted from her sister, but it never arrived.

Mary contacted the Irish embassy in Canberra around 10 March to seek its advice. She mentioned her disability. But the advice given by the embassy was confusing. According to Mary, the embassy told her a ‘combination of things’ and it said:

We’re telling people to go home. So we’re telling people if you can get home as soon as possible, go home. However, given where you are and given the illness… you should really take that into consideration, if you’re thinking about going to an airport and flying home. So, it left me undecided and unclear as to what to do, really, at the time.

Needless to say, she was getting anxious about being able to return home. She was also anxious about her medication and her visa expiring. If she couldn’t secure passage out of Australia soon, she’d be facing the prospect of her disability going secondary. And she might also be there illegally. Again, she contacted the Irish embassy, but it couldn’t directly assist her.

As she couldn’t be sure she’d get a flight home in time, she looked into extending her visa. She applied for a bridging visa but claims the Australian immigration website rejected her application. She then reapplied for the 651 visa she came to Australia on, but that was also refused as you can’t apply for this inside the country.

Meanwhile, the Irish Department of Foreign Affairs (DFA) sent her an email on 26 March asking her to advise it of her circumstances and whether she needed assistance leaving Australia. Mary responded.

It sent another email on 28 March telling her she had just missed a flight home. It said (my emphasis added in bold):

The Irish Government has been working with airlines and travel agencies to try and secure seats for Irish citizens looking to return to Ireland. An allocation that we secured with Qatar Airways has now gone, but we understand that Qatar Airways still has availability on a number of flights out of Australia in the coming days. You can book directly with Qatar through their website

She felt she was going around in circles and felt very let down by the Irish government.

Let down by employers too

Following the economic crash of 2008, Mary re-trained in web and mobile application development. Her full-time role was in a technical support position. She said she found Irish employers unsupportive of her disability in the workplace “despite the supportive language in employment handbooks”, so she effectively had to stop working.

While working in August 2017, Mary’s mother unexpectedly died. Her boss attended the funeral, expressed her condolences, and said she would call her the following week about coming back to work. The company had a festival coming up. Mary returned to work one week later and said she:

did the 31 days straight at the festival.

Five days after the festival ended, the festival director said he was letting her go. Among the reasons he cited was a meeting she hadn’t followed up on and her ‘physical limitations’. When Mary told him she’d been in ICU with her dying mother for that meeting she said he “scoffed dismissively”.

She went straight into relapse and lost the ability to use her right leg. She decided then she’d had enough which was another contributing factor to her trip to Australia. It would allow her to reassess and look at the possibility of working part-time. At that time working remotely was more commonplace in Australia than it was in Ireland.

Thanks to the kindness of a close friend, Mary finally left on Sunday 5 April and got back safely to Ireland. Her friend was able to lend her €1,200 (c. £1,040) to pay for the flight home. The medicine never arrived and it might be currently stuck in the postal system somewhere between Ireland and Australia.

Despite several explanations of how serious her disability was and requests for assistance, Mary received no repatriation assistance from the Irish government.

A spokesperson for the DFA said:

Travel advice is provided to the general public so that individuals can make informed decisions for themselves. It is the policy of the Department not to comment on the details of consular cases.

Like many governments and employers around the world during this pandemic, the Irish acted to facilitate working from home. Yet when Mary sought this from past employers, she met with a brick wall. She is of course more than capable of doing the work, she just needs the same accommodation recently afforded to many workers across the globe.

There is a quote Mary likes to use as she finds it appropriate to her circumstances:

I’m not disabled, society is making me disabled

So before patting itself on the back, the Irish government needs to examine its role in Mary’s story. It also needs to examine how well it integrates people with living with a disability into society.