Alex Vitale, author of 'The End of Policing', explains what needs to come next - Canary 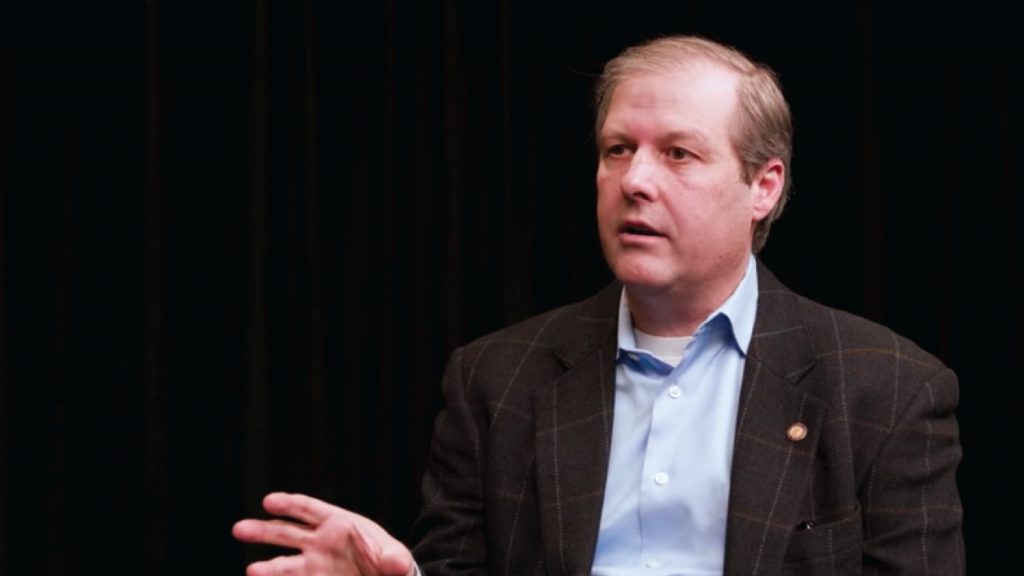 The Canary interviewed Alex Vitale, professor of sociology and coordinator of the Policing and Social Justice Project at Brooklyn College. Vitale is also visiting professor at London South Bank University. Moreover, he is the author of City of Disorder: How the Quality of Life Campaign Transformed New York Politics and The End of Policing.

If you had to announce The End of Policing in three or four sentences, what would you say?

I would say that we over-rely on policing as the only mechanism to create public safety and that we need to create specific, targeted interventions at the community level to make communities safer in ways that don’t rely on armed police, while we work to address larger issues of economic and racial injustice.

How would you react when your opponents present people who are less wealthy and less influential and who view the police as their protectors, who want the police to be there?

But the point of this perspective, of this movement, is to create more safety than we have now. Because many people are not served by these current arrangements. In the United States, we have whole communities where people won’t call the police – don’t trust the police to provide them with safety. They’re demanding that we put in place alternative infrastructures that will do a better job of keeping them safe than what we have.

Even for those people who do rely on police, police are reactive force for the most part. They come after the harm has already occurred – after someone has already been robbed or attacked. Almost never do they prevent those things from happening while they are occurring. And then they come later and they write a report. Maybe they investigate, maybe they don’t. Maybe someone is arrested. Often no-one is. So we need prevention strategies that get at the root of public safety problems rather than just arresting people after the fact or doing nothing.

You also discuss how the police in America originated from slave patrols and talk about the origin of the ‘Bobbies’ in Great Britain. What do you say to those insisting that this history has become irrelevant?

Well, certainly the policing we have today is different than the policing we had 150 or 200 years ago. But the function of policing remains the same. And that function is to produce a version of order – sometimes attached to the law, but often not.

Today, what we have is a system of neoliberal austerity in which huge populations have become disconnected from the formal economy. They are homeless. They’re under- or unemployed. They have health problems that are unaddressed. And then the police are used to criminalise and micromanage those populations so that a system of economic exploitation that doesn’t benefit them can continue to function.

And so no matter how professional or technologically sophisticated policing is, if it’s still being used to produce gross inequalities in our society, that’s still a problem.

When right-wing or far-right protestors march, the police appear to respond differently as opposed to Occupy Wall Street or Black Lives Matter marches. Is the problem ‘a few bad apples’ or does it characterise the police as a reactionary social institution?

It goes back to this question of order. So police make an assessment of threat. And because their job is to maintain order for a particular set of arrangements, some protests are automatically perceived to be more of a threat to order than others. And so they are subjected to a different level of repression. Right-wing forces, generally, aren’t perceived to be a systemic threat, but left-wing protest for racial and economic justice are. So political forms of policing are never actually politically neutral. They never have been and they certainly aren’t today.

Does US police training in Israel contribute to police brutality, and how and what would you do about that?

Well, I’m not happy with these exchanges of policing to Israel. Israel is engaged in an occupation. There’s collaboration between police and the military. There are a lot of allegations of extrajudicial killings etc. So I don’t think these are a good idea. I think local police departments should not participate in these things. But I don’t think that this is responsible for the deep problems in American policing. I think it’s a symptom of the problem, but it’s not a cause of the problem.

What are the possible ways to address problems with US policing, such as when it comes to firing and prosecuting police officers?

There are a lot of people right now who are police officers who shouldn’t be. And when they violate the public trust, when they commit misconduct, when they show that they’re not capable of doing, you know, they should be fired. And I understand the desire to use the criminal justice system to create some kind of justice in cases of extreme abuse. But that system is not really interested in producing real justice. It’s interested in producing punishment and also for excusing the larger systemic forces at work here.

Jailing a couple of cops is not going to change policing. It hasn’t worked in the past and there’s no reason to think it’s going to work in the future. Mostly, the system excuses police behaviour. It authorizes it, including the use of extreme violence and death. And it also rests on this assumption that the way you solve a problem is through more punishment, threats, and deterrence which is exactly the problem we’re trying to get away from here.

We need to look to other forms of accountability and other ideals of justice that have to do with a true accounting of what happened, taking of personal responsibility, and taking concrete steps to prevent these kinds of injustices from happening again in the future.

Would restorative justice be realistic in the case of career criminals? What do we do about people who have a commitment to predatory behaviour?

So my view on this is that, first of all, we need to look at what’s driving this predatory behaviour in the first place. Is it because we’ve created black markets for drugs, and sex work, and stolen goods that then empower people’s predatory potential or orientation? Is it because people have suffered a long history of abuse that has driven them towards violence and abusive behaviour themselves?

So we need to look always at what kinds of preventative strategies could be put in place so that we don’t need to rely on forceful interventions. But I’ve always said that, while we work on these longer-term preventative strategies, you know, policing exists and there may be a need for violence workers – which is what police are – while we continue to work at prevention. But we should not overestimate the effectiveness of policing, and we should not underestimate the potential for developing real alternatives to that system.

How do you assesses the situation in the UK, and what measures specifically would you advance?

So the overview approach here is that I recommend that communities engage in a kind of needs assessment, that they should figure out, determine: what are the public safety challenges that they face that maybe have been turned over to police to manage? Is it a problem of youth violence, knife violence? Is it a problem of opioid overdoses? Is it a problem of homeless folks creating a disorderly nuisance in the community… Is it burglaries? Is it car break-ins? Whatever it is, we need to identify what those real challenges are. And then we need to develop specific interventions.

Now, the UK has avoided some of these problems. We don’t have [police] in schools, and responding to mental health calls, and criminalising low-level drugs and sex work activity to the same extent that we do in the United States. But there is pressure to increase those forms of policing right now in the UK in part because austerity politics is creating greater social problems: more people sleeping rough, more people having economic precarity, more people bringing problems to schools, creating a disruptive school environment. And instead of actually addressing those problems, they’re getting turned over to police to manage.

And I should just say also that my book has been very popular among police in the UK. I’ve had many invitations to meet with police, to give speeches at police events, and many police are reading the book, and I think because they see it as a cautionary tale. They’re like: ‘We don’t want to make the same mistakes that American politicians and police have made’. And this book is helping them understand what those mistakes are.