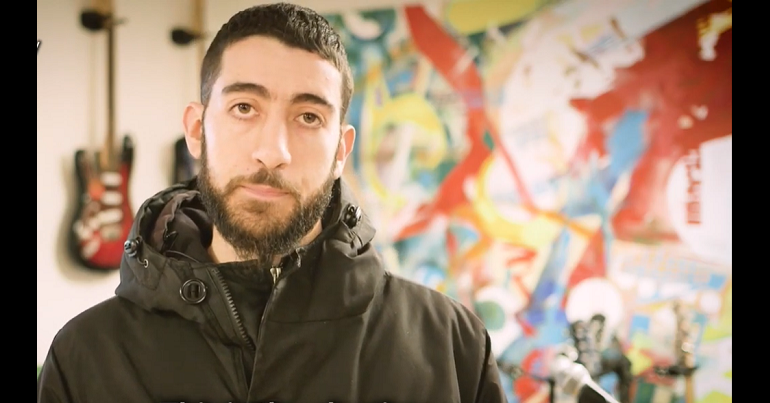 As musician and spoken word artist Potent Whisper launches Lucid Lovers, his boundary-pushing, genre-defying new audiobook, The Canary spoke with him about his work, the power of art, and making dreams come true.

So I listened to Lucid Lovers, and I was blown away. Congratulations on this beautiful work. If you were to tell people in your own words why they should listen to it, what would you say?

Just last week, a Sudanese refugee drowned while trying to cross the Channel. Some people’s reactions to the news were despicable. Do you ever wonder how we got to this point?

I’m in no doubt that these deeply disturbing realities have come to be by design. Every human being who has died or suffered in this way comes as a direct result of violent policies enacted by this government who choose not to provide a safe and legal route for people to travel to this country. In much the same way, the inhumane responses we have seen from some people come as a direct result of the lies and demonisation of asylum seekers and migrants by the mainstream media. All by design.

Do you think narratives like the one in Lucid Lovers have a role to play in how people see refugees and other similarly dehumanised groups? In your view, to what extent might art have the power to change society, or the world?

I believe that true political power is having the ability to control public opinion. The collective mind of the public is the prize, and I view narratives / stories as both the weapon and the battleground on which power is won or lost. The way that society operates and every single thing we do as individuals in our daily lives comes about as a result of us believing any one particular story. For example, the construct of race and the idea that some people’s lives are worth more than others was created, and continues to be used, to justify colonialism. When we wake up every day to work a job that we hate, this is because we believed the story that this is how the world must be. Or, if we know there is a better alternative, we don’t try to pursue it because we believe their story that we are not powerful enough to change things… which is false.

These stories are smashed into our individual and collective consciousness by many means, but perhaps most notably by the mainstream media. The media is everywhere we look. Its words, images, and messages hunt our eyes through advertising on the streets, on public transport, through our televisions and mobile phones. It’s everywhere. We experience it whether we choose to or not. We don’t have to choose a media outlet for us to become its inlet. So the media are truly powerful… but who are the media? I view the media as a team of artists who choose to use their creativity to tell stories that uphold the position of the wealthy and the political elite.

This is especially disturbing given that the media are one of the few institutions that we rely on to hold our political representatives to account, through unbiased, factual reporting. The media’s overwhelming – and arguably deliberate – failure to achieve this allows our representatives to abuse their power and literally get away with murder. This is a problem and this is where I believe independent organised artists can step up and act as a counterweight, by becoming a type of people’s media.

Finally, what message are you hoping people will take away from Lucid Lovers? What would you like to say to anyone who listens to it?

One of the main aims of the work is to humanise the impacts of the British asylum system and to combat the mainstream demonisation of refugees by sharing some of the true realities of people who cross political borders to find safety. By using lucid dreaming as an engaging entry point to this issue, my hope is that the piece will speak to people who are perhaps not already politicised, or people who have not already given these things much thought.

The Canary has published a review of Lucid Lovers which you can read here.

Here is the Lucid Lovers trailer:

You can listen to the whole of this audiobook for free here.