UK lockdown: The perfect time for us all to read and write more - Canary 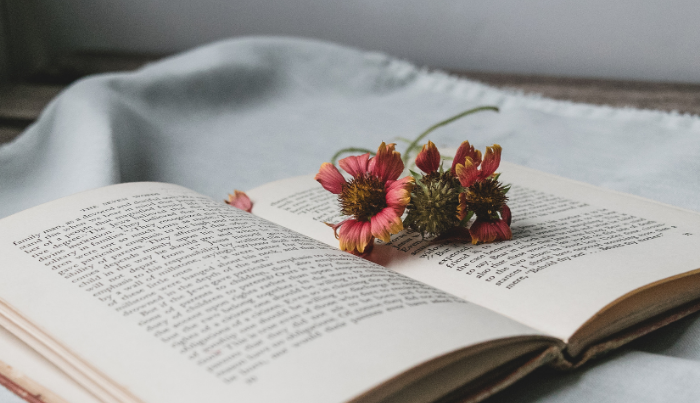 Let’s be honest, 2020 has been a horrific year of unexpected and unimaginable blows. It can feel like we’re living in never ending dystopian times, but for some people experiencing the magic of becoming totally engrossed in a weird and spine-chilling story can be comforting to cope with reality. Reading words woven together on a page about fantasy lands and overcoming hardship can provide a sense of reassurance and help to process everything that’s going on in the world.

For people in the UK there is no better time than now as we enter another national lockdown. Whether you’re looking for an escape, patiently anticipating the merriment of Christmas, or just waiting for 2021 to hurry up and make an appearance – reading an interesting book is the perfect distraction.

As technology dominates our lives, mobile phones and TV screens are the easy go-to entertainment. So not just for today but from today, why not start reading a new novel? The Canary invites you all to take a breather from hi-tech gadgets to immerse yourself in a real page turner.

Spooky senses and autumn’s burnt orange leaves were last month’s vibe as Halloween commenced. So, for today’s reading we’ve selected some real nail-biting content. Be warned! This is for the adrenaline lovers and explorers. Some of these reads do not have the typical ghosts and ghouls, but each will guide you on a thrilling journey of suspense, shock, and wonder.

1. The Thief of Always by Clive Barker

First up is a dark fantasy novel that can be enjoyed by both children and adults. The Thief of Always, written by Clive Barker in 1992, is accompanied with his own creepy and memorable illustrations. This story is hauntingly realistic and follows 10-year-old Harvey, who is finding his winter to be miserable and boring. Harvey is lured into an enchanting house by a creature named Rictus that promises adventure, fun, and dreams that will become reality. The mysterious and wish-granting Mr Hood is another character to watch out for. Clive Barker was born in Liverpool, England and most recently joined HBO’s Hellraiser series as executive producer.

“Evil, however powerful it seemed, could be undone by its own appetite” –  Clive Barker – The Thief of Always

2. Flowers in the Attic by V. C. Andrews

A sick and twisted tale with countless moments that will get your heart beating. Flowers in the Attic is a young adult and horror fiction tale written by V. C. Andrews which was published in 1979. Imagine a breath-taking house, a sweet, angelic mother, and innocent children at the forefront of unfathomable secrets buried behind the smiles of a picture-perfect family.

Happiness, love, and fortune plays a key part in this gripping novel as the mother of her children is faced with sacrificing her own flesh and blood for her desires. An attic becomes more than just a storage room and the house less than a home. A wicked grandmother also features whose close relationship with the devil and religion adds an eerie undertone. In this agonizing and brutal story, you’ll be captivated by the children: Cathy, Chris, and the twins’ journey as they fight to stay alive. V. C. Andrews, aka Cleo Virginia Andrews, was an American novelist from Virginia, US and passed away in 1986.

“There is no hate such as that born out of love betrayed – and my brain screamed out for revenge” – V.C. Andrews – Flowers in the Attic

3. A Long Way Home by Larry Buttrose and Saroo Brierley

A Long Way Home, written by Larry Buttrose and Saroo Brierley, is a heart-warming story that will force you to be grateful for the loved ones in your life. At the age of 5, a boy was lost on a train in India. He couldn’t read or write and was too young to even remember his last name let alone the way back home to his small village. He had no choice but to sleep on Calcutta’s dangerous and busy streets, hunting for food and relying on his own instincts – that had barely developed yet – in order to survive.

This is the story of Saroo Brierley. A miracle of advanced technology led Brierley to rediscover his routes and origins later on in life after being adopted by an Australian couple. You’ll be emotionally invested to see Brierley uncover his roots and family. It’s an inspiring and uplifting biography that showcases moments of sorrow, empathy, determination, and joy. This book was published in 2013 and a second version was published in 2017 named Lion following the film production of the story.

“Not having enough to eat paralyzes you and keeps you living hour by hour instead of thinking about what you would like to accomplish in a day, week, month, or year. Hunger and poverty steal your childhood and take away your innocence and sense of security” – Saroo Brierly – A Long Way Home

4. Sour: My Story: A troubled girl from a broken home. The Brixton gang she nearly died for by Tracey Miller, Lucy Bannerman

Based on the life of a former Brixton gang member and drug-dealer, this story tells all on abuse, violence, and the notorious criminal activity that took place in the 90s. Sour, whose real name is Chyna, is now older and wiser. She shares her deepest and most personal insights of how she led a troubled family life, suffered from homelessness and self-neglect.

As a young girl at the top of the chain marking ownership and preserving postcodes Chyna feels indestructible. But that’s all about to change. Raw emotion, honesty and a painstaking realisation of having to adapt to unexpected motherhood throws her plans into chaos. Will Chyna turn her life around or will she crumble? This narrative styled biography was published in 2014 and gives an inside look into Britain’s street drug market.

5. The Pursuit of Happyness by Chris Gardener

You may have seen the remarkable film starring Will Smith and his son Jaden, but the real-life written story is much more extraordinary. It’s a rags-to-riches tale that features a rarity – a Black man at the centre. If this novel doesn’t make your eyes well up, then I’m not sure what will.

Chris Gardner shares his incredible story of experiencing homelessness as a father while caring for his toddler son in San Francisco. Through his strength to never give up hope and his motivation to break his family’s cycle of men abandoning children, Gardner turns his entire life around. His dreams of entering medicine fall through and so he starts out as an intern working his way up as a successful stockbroker before eventually reaching the top of the ladder becoming a powerful businessman on Wall Street. But this most definitely wasn’t without struggle.

After being hit with several difficult situations, Gardner fell into the invisible poverty cycle. From sleeping rough in public restrooms to queuing up for shelters, Gardner’s willpower and courage to succeed gives us all hope despite all the horrendous conditions he faces. As he battles daily struggles with finding work, a home, and caring for his son, this novel will bring you to tears of despair and happiness which is what makes this biography a must-read. Originally published in 2006, It’s triumphant, truthful, and a story that well suits the ideas of the American Dream.

“The future was uncertain, absolutely, and there were many hurdles, twists, and turns to come, but as long as I kept moving forward, one foot in front of the other, the voices of fear and shame, the messages from those who wanted me to believe that I wasn’t good enough, would be stilled” – Chris Gardner – The Pursuit of Happyness