Student loans continue to discriminate against Muslim students - The Canary 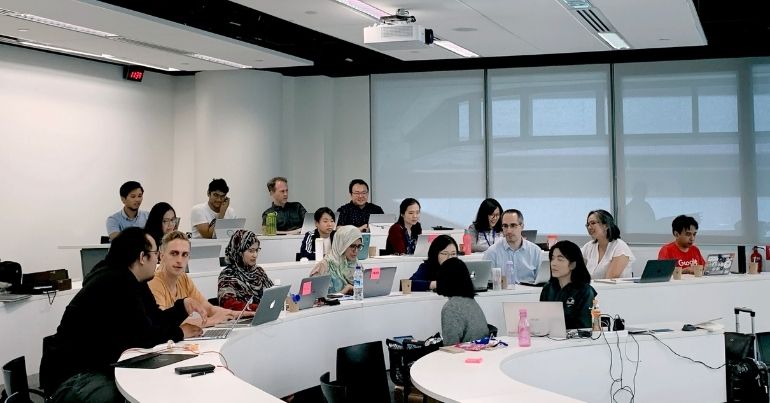 To be Muslim in Britain means to be a part of a population of 3 million. Like all religions, what it means to be Muslim varies for each individual and the guidelines of practicing Islam differ.

For young people venturing from college or sixth form into university, accepting a monstrous educational debt will always be a tricky decision. But for Muslims, deciding to take out a Student Finance Loan – or for that matter any loan which requires repayment with interest – holds a heavier burden. This is because loans with interest are deemed ‘haram’, meaning forbidden.

Aaisha Illiyas always knew that she wanted to study at university. Now, a first-year dental student at Queen Mary University of London, she’s set to complete a five-year course. Illiyas told The Canary:

I planned to go to university from a young age and worked hard for it. Being Muslim is a huge part of who I am. I have always been brought up with this religion and it means a lot to me so my actions every day reflect my beliefs.

In England, the cost of financing education has rapidly increased over the years. And it now stands at around £9,250 per year just for tuition fees alone. It’s a cost The Canary has previously reported on and hasn’t been adjusted for remote learning or online teaching in the age of coronavirus (Covid-19).

Most university courses typically run for 3-5 years before completion, so tuition fees can total a minimum of £27,750. That’s close to Statista’s 2020 figures, which show the average annual salary earnings of a person in the UK.

Moreover, accommodation costs, resource fees, travel, food and all other aspects of studying impact the overall cost – it’s a snowball effect. Not to mention that applying for a Student Finance Maintenance Loan is also, of course, not permitted for Muslims.

Paying the hefty price to study can be near impossible for someone whose religious beliefs do not support the limited finance options available in Britain.

Deenah Yasmi, part-time Wilko worker and first-year primary education student with QTS, said taking out a finance loan was not an option because of her religion and interest fee concerns. Yasmi told The Canary:

It’s an important matter in the sense that people take religion really serious[ly] and large Uni fees. People who desire to do things like become a doctor to save lives cannot as they are too scared to be in debt or go against religious beliefs.

I find it extremely hard and stressful to go to Uni and get this degree as me and my family are constantly thinking about paying [for tuition] and where we can find the money.

The only bursary I’ve received from Uni is the low income one which was not a lot at all.

What alternative finance options are there?

So far, the Student Loans Company has been the go-to, primary finance resource for those looking to pursue university in England. Other options provided by universities more or less depend on the individual establishment and only some offer religious based scholarships, bursaries, fee waivers and information to charitable trusts such as National Zakat Foundation and Turn2us grants search. And only a select number of students will be granted what little is available. Educational funds like those given by the National Zakat Foundation help with the cost of fees for a maximum of 3 consecutive years.

The only barrier relating to religion would be financing as tuition fees as well as living costs add up to a huge amount to pay without taking any loans – especially as my course is pretty long. Besides that, religion wouldn’t impact me going into university.

My family have been very supportive in my studies and have always helped me do the best I can.

Before starting her studies in September, Illiyas took a gap year and spent her time working with hopes to earn as much money as possible to help finance university.

I haven’t taken out a student loan, my parents are covering the costs of tuition. My siblings both work full-time and are happy to help with my university costs which will be a massive help.

Due to Covid-19 I’ve been living at home which means there haven’t been any travel costs which saved a lot of money.

I lost my job last year due to Covid and haven’t been able to find one since, but I am planning to as soon as possible so I can help out.

Eight years in the making

Part-time work while studying full-time is a route plenty of students must take. Even when the commute costs are kept low and when it’s possible for students to stay living at home, university is expensive.

Relying on family members or close friends to help with finances is common. And it’s been long debated whether the price to attend university is truly fair. As finance loans are often the main or only option students can take, the discussion about whether this should change for people in the UK is ongoing.

Sharia-compliant funding systems comply with Islamic laws. According to the Bank of England, these finance products and services do not require people to pay interest. And they ensure that the bank will not invest money held in these accounts in “anything that the Shari’ah says is harmful”.

In September 2014, the UK government agreed to offer an Alternative Student Finance (ASF) option. It also agreed to “ensure that it was approved by a reputable Sharia board which met International standards”. The aim would be “compatible with their moral and religious beliefs” alongside “not putting them at any advantage or disadvantage to those who take out traditional student loans”.

Yet, at the end of the report, the plans only stated they were “unlikely” to meet the deadline date set before the 2016/17 academic year.

Since then, nothing’s been put in place as an ASF. Twitter user Scott Keir summarised the timescale best:

Just listening to this now – https://t.co/moN2I5EBML
Cameron promised Sharia compliant student loans in 2013, Govt consultation in 2014 promises action (https://t.co/WNl07SKXxu ), loans could be option for all students at same cost. Since then… silence. https://t.co/Dv6dnC7bX4 https://t.co/dXjxeWTP91

In January, another parliament petition circulated to push government action into implementing the promised Sharia-compliant student loans for Muslims. But the response was as follows:

The Government consulted on the topic in 2014 and secured the necessary primary legislation in the Higher Education and Research Act 2017. Since then, we have appointed specialist advisers in Islamic finance to advise us on the design and implementation of a suitable product. We have been working through the complex range of policy, legal and system issues that need to be resolved, in order for us to develop and eventually launch a Sharia-compliant alternative student finance product.

An update about the ASF was said to be announced in due course.

Muslim students are still waiting for Sharia-compliant student loans system that was promised in 2013.

Listen to their experiences and why we need an alternative student finance system 👇https://t.co/oWtitaz11w

“If I didn’t take the student loan, I couldn’t have gone to university”

My family is ok with it because I don’t really have much other choice. There’s no way my parent, which is my mum mainly, could have paid anything. She’s struggling on her own let alone paying for myself.

We don’t really see it as a loan because it’s like more of a tax after when you’re paying it back.

Illiyas, who felt that loans were not an option for her was lucky enough to receive a bursary but said without any government financial support it’s still difficult. She said:

A bursary will help [to] cover the tuition fee/living costs. There have been bursaries provided by the university for students with lower income households but there are no government schemes that I know of which support Muslims with limited financial options which does make it very hard for us.

Obviously, I don’t want there to be tuition fees. I feel everyone should be able to go to like university without worrying about finances, but I don’t know if that’s realistic and they do help in the universities.

Yassine explained what being Muslim means to her:

I try to be an everyday practising Muslim, what it means to me are the actions you carry out. The way you treat people is more important than the dailies like praying. Being Muslim is being a good person and getting closer to God. By doing that, you follow you practice, and you read the Koran.

While the government delays its promise to provide an ASF for Muslims, students like Yassine continue to be overlooked and ignored. This is a matter of urgency that needs action now so that people like Yassine are not penalised for pursuing an education.