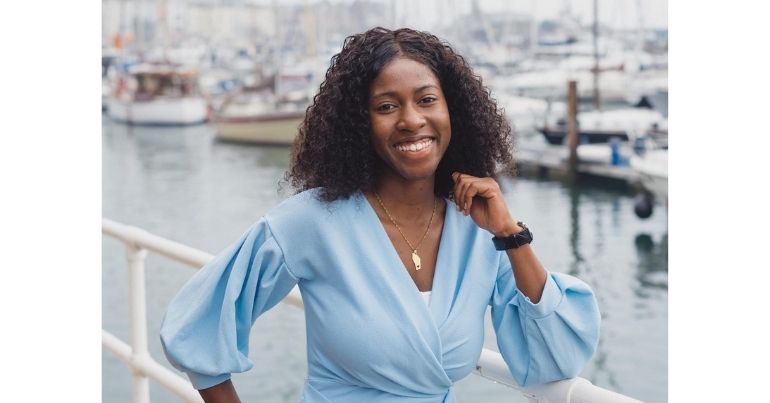 Dementia UK defines dementia as “an umbrella term for a range of progressive conditions that affect the brain”.

According to Alzheimer’s Society:

There are an estimated 54 million people living with dementia around the globe and it is estimated that this number will rise to 130 million by 2050.

Another 9.9 million people will develop dementia around the world every year.

The Canary previously reported on the need to address stigma and misinformation about one of the most common types of dementia, “Alzheimer’s disease”. But there are various forms of the syndrome which affect people in all kinds of ways.

Rianna Patterson is the founder of the Dominica Dementia Foundation which is the first and only dementia organisation in the country. The youth-led foundation aims to raise awareness of dementia’s impacts on people in Dominica, raise funds for families affected, provide emotional support and facilitate research about dementia to be used all over the world.

British and raised in the Caribbean, Patterson lived in Portsmouth, Dominica with her mother and grandparents, but is now based in Kent. At just 23, she’s a Dementia Friend Champion, a recipient of the Queen’s Young Leaders award and will be attending this year’s Global Woman Summit as a part of International Women’s Day on 8 March.

Quoting artist Rihanna’s Clara Lionel Foundation as an inspiration, Patterson spoke to The Canary’s Aaliyah Harris about her goals to produce a documentary film on dementia.

Why did you start the Dominica Dementia Foundation?

I started the foundation in 2016. I didn’t have any direct experience with dementia apart from when I lost my grandfather to the illness and I became aware of the long-term effects. Through voluntary work and fundraising for Alzheimer’s associations, I gained experience.

Meet Rianna Patterson (@_stayinginmalane), the founder of Dominica Dementia Foundation (@dcadementiafoundation) which she set up in memory of her grandfather. We hope her story inspires you to find your purpose in life, and live it💕 #DominicaDementiaFoundation #Dementia #inspire pic.twitter.com/esGikXRKnv

What’s the purpose of your new documentary “Dementia: The Island Journey”?

I was asked to be part of a film but I couldn’t meet the budget to be in it and that was very disheartening. I thought let me try and do this on my own. The documentary [due to be released this October] will tell the stories of people and families affected by dementia in Dominica. It will include elders’ perspectives and showcase the ‘live longer isle’ aspect as the island has many centenarians [a person who’s reached 100 years old]. Holistic practices and treatments, healthy aging and living will also be covered. I want to capture the beauty of Dominica and the people that live there, working with a locally based crew but blended together with my international experience [of dementia in the UK].

How are you funding the film?

I’ve been running the 28 Day Habit Challenge [in February] to get everyone engaged with their mental health and well-being. I’ve got employees from J.P Morgan, EY and PWC on board. I’m crowdfunding by reaching out to my network with social media promotions and email marketing. The goal is £25,000 but if I scale down the project I might be able to do something with £3,000-5,000.

What similarities/differences are there about dementia in the UK vs Dominica?

Dominica already has a cancer society and sickle cell foundation which people have more knowledge on but when it comes to the perspectives towards dementia, it could be that people are just not passionate enough. In the UK, we get a lot of care support which we’re still developing in Dominica like we have the Yes We Care Programme but there’s more that needs to be done.

How can the UK help raise awareness about dementia?

Dementia Friends training in University of Kent was an additional thing that I did alongside studying my psychology degree. I was trained by Alzheimer’s Society on their Dementia Friends Programme, and now I can do dementia training anywhere. So, I set up an event at the University of Kent, for students to attend and become dementia friends. It’s a good place to start because it’s encouraged businesses [to] get involved with being “dementia friendly” so they understand their clients and customers. Especially during travel which can help to ease anxiety, ensure passengers are aware of their time and where they need to be.

How has Covid-19 impacted dementia?

The routine of it. Now, people don’t really have all the activities available to them and people with dementia don’t do so well with change, it can be quite difficult to adapt. Staying indoors impacts your mental health and some people feel completely isolated from the rest of the world. Loneliness is a common theme with people with dementia.

And what about the family members or carers who live with people with dementia?

It’s very hard on them. We’ve been getting a lot of people come into the foundation recently for just that reason because families are 24/7 taking care of them [people with dementia]. It’s a lot to handle especially having a full-time job, people are burnt out. We set up a virtual dementia support group every Sunday where we have psychologists, families from the UK and Dominica come and share their experiences and knowledge.

Want to understand & better yourself on the ways to handle & cope with someone who has dementia?
Partake in our support group which will be happening monthly.
Topic: Dementia Support Group
Time: Nov 1, 2020 04:00 PM America/Dominica
Join Zoom Meetinghttps://t.co/2i4f6xjxWR pic.twitter.com/irBQc2Pl8X

What are some of your achievements?

I was selected as a Queen’s young leader, awarded by Her Majesty the Queen, in 2017. I was on BBC One with Prince Harry at Buckingham Palace — that was thrilling! I was really grateful to have those opportunities. There was a residential week where young people came together, about 60 of us across the Commonwealth and it was lovely to just hear about everyone’s work. Then we also did a leading change course with the University of Cambridge for a year which was very insightful. Now the four-year programme is over it has transitioned into the Queen’s Commonwealth trust where most of the Queen’s young leader alumni are a part of that network.

Patterson is encouraging the conversation about dementia in the Caribbean and that’s just the start. Her youth-driven team is an inspiration to young people everywhere as she shows that if you’re passionate about a cause then anything is possible. To donate to the project you can contribute here.

There are many online services and social groups that provide counselling, advice, and support, including: