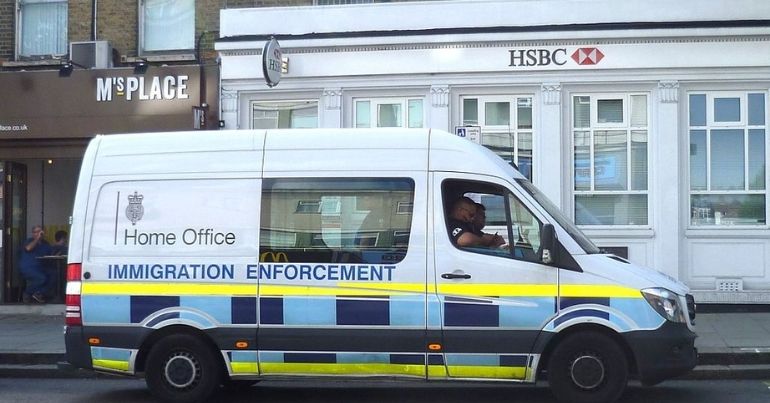 European Roma people without settled or pre-settled status could face deportation at the end of June, a community group has warned. Speaking to The Canary, the Bradford-based organisation Connecting Roma warned that thousands of people could be affected by a chaotic and poorly communicated settlement scheme put in place by the Home Office.

Connecting Roma’s director and head of services Daniel Balaz estimated that between six and eight thousand European Roma live in the Bradford area, an unknown number of whom face serious barriers to getting their settled status before the official 30 June deadline for the European Union Settlement Scheme (EUSS).

The story is one of optimism turned sour. Balaz said many Roma people from EU countries like Poland, Slovakia, the Czech Republic, and Romania, who came to the UK for better lives and to escape discrimination in their own countries, may now face hardship and the risk of deportation.

Many Roma people left because they felt there was no opportunities in the countries they are from such as Czech, Slovak, Poland, Romania. They felt discriminated against, racism is still very much alive within these countries… this institutional racism.

He described the barriers faced by Roma people who were required to go through the EUSS:

So they have come to this country for better opportunities and a better life. People are struggling to get status, due to it being online, the documentation needed, and the skills that it requires. Other Roma people and European people don’t know. They think if their children were born here they automatically get citizenship, they don’t.

He said the process was complex and the costs of getting ID and other documents were prohibitive:

As well as language and financial barriers, a suspicion of the state and state-backed organisations based on centuries of anti-Roma discrimination and a lack of engagement with the European Roma community by the Home Office and other organisations have compounded the issue.

Balaz, whose organisation is regularly involved in supporting the community on a range of issues, spoke of a sense of panic as the post-Brexit deadline for getting settled or pre-settled status looms. Estimates in a recent report on the European Roma speak to some of the difficulties involved:

Given the potential figures involved, Balaz expressed concerns that the same issue could be being replicated across the country.

He said that mental health, youth, and homelessness organisations, as well as GPs, were deeply concerned about what would happen to often vulnerable Roma families and individuals, including children in care. The fear is that many will lose their rights to vital support like healthcare, benefits, and housing overnight and may even face deportation:

So for example in June, a GP with 30 families, those families can no longer be registered at that GP. That GP loses 30 families just like that. Even people in council houses, people are thinking “we’ve given a council house, everything is done” but wait a minute, what about if they don’t have settled status in June, what do we do then. Because that means they have to get out of the house, their benefits stop, immediately, everything stops.

He said his organisation has asked questions of the Home Office and local councils to no avail:

As of June; no NHS, no recourse to public funds, no housing support, nothing. We’ve carried on asking the questions, is there going to be projects put in place? Charities put in place to send the people back? Where you will be deporting people? No information has come out, nothing is very clear. The only clear thing is basically: June comes, you are not entitled to anything.

The matter of settled status hinges on the 30 June deadline for applications. It’s unclear what will happen to those who, for the reasons outlined by Connecting Roma, have not gone through the process of applying.

Many of the issues raised by Connecting Roma were also highlighted in a report on Roma people published in November 2020. Titled Falling through the gaps: the EU Settlement Scheme and the case of Roma communities in the UK, the document collated the findings of an all-parliamentary group which debated the matter, using testimony from a number of experts and academics, many of them Roma people themselves.

It warns, as Connecting Roma has done, that engagement (or lack of it) has been a key problem when it comes to the EU Settlement Scheme (EUSS), which was devised as a route to settled status for all EU citizens as the UK’s exit from the European Union approached.

Balaz agreed with the report that Brexit, coronavirus, and a surge in applications had slowed down the process, leading to fears some applications might not be processed in time.

Balaz said that some funding had been made available to councils and organisations to engage the community over settlement, but he warned the process had become muddled and questioned its effectiveness:

There are organisations funded by the Home Office from the start, but many are still working on engaging the communities, especially the Roma community. They are always busy, they have two or three weeks waiting lists, but there are about six to eight thousand people just in the Bradford and surrounding areas without settled status. So this is a big number for one region, even though we have organisations funded.

He said Connecting Roma faced an uphill struggle dealing with cultural issues stemming for a long history of anti-Roma prejudice:

Many communities for different reasons, including the Roma community, still have the trust issue with organisations. [They] do not understand how to cooperate, how to make the appointment, if there are interpreters available, so they are still not confident of going out, seeking to be able to do it. We’ve spoke to the home office, we’ve spoken to Bradford Council, we’ve spoken to other councils and organisations to say we could help: partnerships, funding, information to signpost these people, a monthly meeting with organisations to signpost people. But it has just not been done properly.

The EUSS report also warned that:

Although it is impossible to say with accuracy how inclusive the EUSS has been, the experiences of those
who work with Roma have highlighted their concerns that Roma appear disproportionately disengaged from
the Scheme

As Balaz has pointed out, many European Roma people came to the UK to escape prejudice and to search for new opportunities. It’s a tragedy that this group of people, who’ve faced so many challenges already, continue to be targeted by the UK government’s hostile environment.

The Home Office had not responded to our request for comment by the time of publication.