What can all citizens do to join the fight against ISIS? - Canary 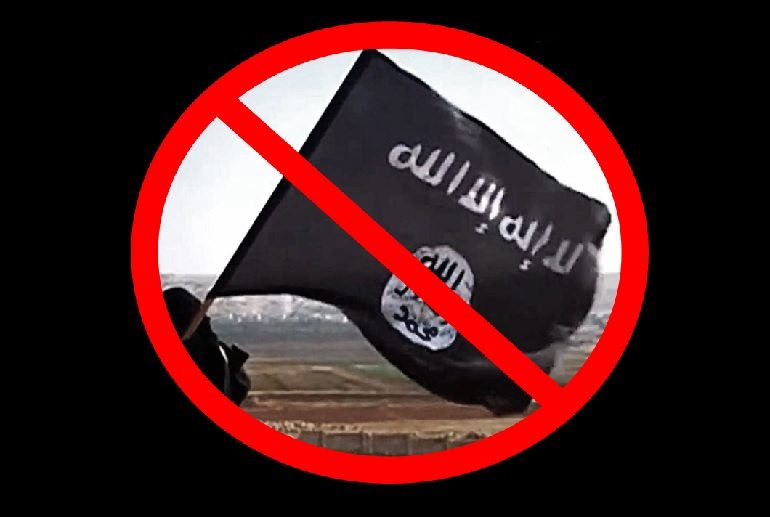 The majority of the press use terms like Islamic State, ISIS, or ISIL to refer to the militant group which took over large swathes of Iraqi and Syrian territory in 2014. However, these terms distract us from the true nature of the organisation. Below, I will explain why calling it ‘Daesh’ is far more appropriate than the more frequently-used alternatives, and why doing so will give the west a small but important victory over the group.

The link between Saudi Arabia and Daesh

Former MI6 agent Alastair Crooke wrote in 2014 about how the state ideology of Saudi Arabia – Wahhabism – is also the driving force behind the Daesh insurgency. He explains how “one of the main tenets” of this school of thought is deeming those who do not follow the prescribed path (ie the majority of Muslims) to be infidels.

This sect was founded in the 18th century by reformist Muhammad ibn Abd al-Wahhab, who believed Islam had lost its way and that all those who disagreed with his way of thinking could justifiably “be killed, their wives and daughters violated, and their possessions confiscated”.

These beliefs immediately put Wahhab at odds with the majority of communities in the Muslim world. And the sect was destined to languish as a tiny fringe of extremist outcasts until the formation of Saudi Arabia in the early 20th century, which came about thanks to a power-hungry alliance forged between the Ibn Saud tribe and the ideologically-driven Wahhabis.

Then came the oil.

In fact, Western governments relied so much on Saudi Arabia after the second world war that the hitherto inconsequential country could soon afford to send Wahhabi missionaries all over the world. And when it was entrusted by the USA with guiding the anti-Soviet resistance in Afghanistan in the 1980s, the seeds were sown for Wahhabi militancy to spread throughout the world.

But Wahhabism is still on the fringes of Islam – however much the Saudis have tried to change that.

Nonetheless, Wahhabism shot into the news at the start of the 21st century thanks to al-Qaeda, and now Daesh. But it was almost never mentioned by name – because of the immense power and influence of the Saudi regime. In fact, even left-wing rhetoric usually refers to militant Wahhabis as ‘Islamic extremists‘.

Professor Reza Aslan from the University of California, Riverside, has sought to de-link Wahhabism from Islam, asserting that all Muslim communities should not be tarred with the same brush. What happens in Saudi Arabia (a country of 29 million people), he insists, is simply not true for the world’s Muslim community as a whole (which has around 1.6 billion adherents).

The reality is that Daesh is ideologically a Wahhabi group – unrepresentative of the vast majority of Muslims – and it should therefore be referred to as such. And as one senior Qatari official has claimed, the organisation even began as “a Saudi project“.

The vast majority of Muslims have negative views regarding Daesh and consider it to be un-Islamic. On 17 November, the Pew Research Center revealed the results of a poll they had done in 11 countries with significant Muslim populations, stating that there were overwhelmingly negative views towards the Wahhabi group (only an average of less than seven per cent in each country looked on it favourably).

Muslims in India, have long sought to prevent the encroachment of Wahhabism into their communities. And a number of religious edicts (or fatwas) have also been released condemning Daesh since its insurgency intensified in 2014, from the likes of:

Furthermore, over 120 Muslim scholars from around the world wrote an open letter last year denouncing Daesh as un-Islamic. They picked apart the Saudi-promoted ideology of the group by using “heavy classical religious texts and classical religious scholars”. They also asked commentators to stop referring to the group as an ‘Islamic State’. For them, this term played into “the group’s unfounded logic that it is protecting Muslim lands from non-Muslims”. In the words of United Voices of America President Ahmed Bedier:

To get recruits, explains comedian Adam Hills, Daesh seeks to:

1) Create an uprising against Muslims in the West by carrying out attacks in the name of Allah.
2) Then when young Muslims feel rejected by Western society, make ISIS look like a cool alternative.

The best way to avoid this, he says (on advice from “both the Australian and British Governments”), is to:

1) be nice to non-ISIS related Muslims (ie the vast majority of Muslims), and
2) make ISIS look like idiots.

Or, as he expressed in a slightly cruder way:

Mock the arseholes who are really causing the damage. Cos they hate that.

And for much the same reason, France embraced the term Daesh back in 2014, with foreign minister Laurent Fabius saying:

I do not recommend using the term Islamic State because it blurs the lines between Islam, Muslims and Islamists

Kathleen Harris at CBC News clarifies exactly why the word Daesh is the dominant term used by the group’s enemies in the Middle East:

[it] sounds similar to the Arabic words daes — which means someone who crushes something underfoot – and also dahes — which is someone who sows discord.

The main argument then, is that such negative connotations are precisely what the group deserves – given the destruction and division it has sown. At the same time, the term Daesh emphasises what the majority of Muslims have been saying all along – that the group represents the complete opposite of what they consider to be Islamic.

Yes, it is a small change of words. And yes, it’s only one small part of defeating Wahhabi extremism. But it affirms very clearly to the world that the actions of Daesh do not represent the religious community of Islam.

Both in society and in the world of journalism, this semantic change can play a big role in shifting the debate away from religious persecution and much closer to where it should be – on the political and ideological context that created Daesh.