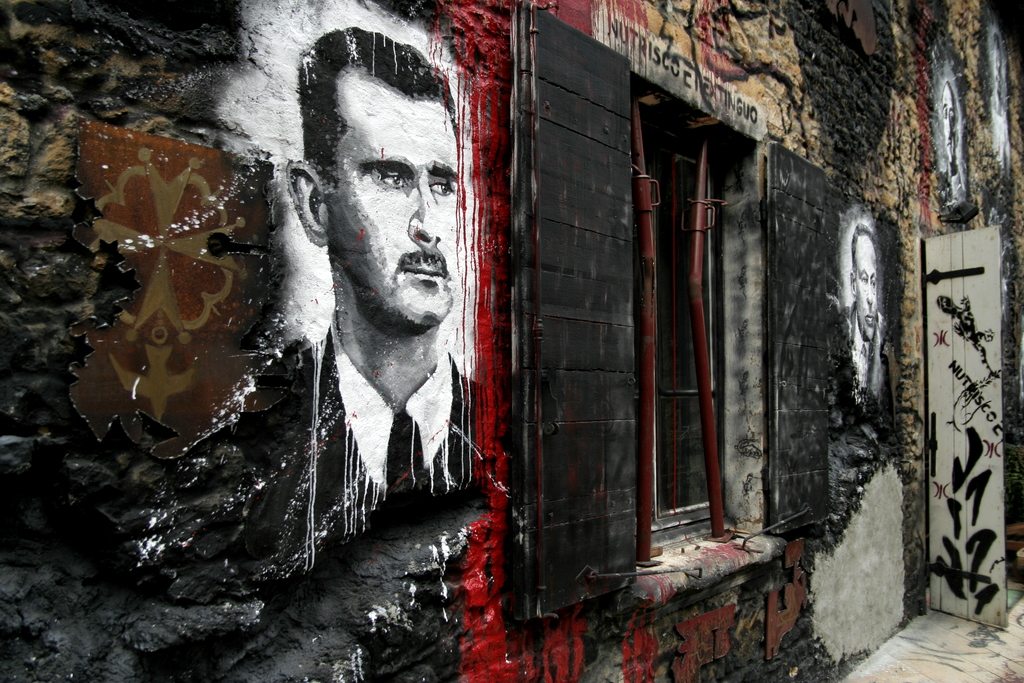 On Syria, British and American policymakers tend to assume that their governments are chiefly motivated by a concern for civilian life and peace in the region. But that is not the whole truth: a lengthy trail of internal government documents exposes the US, the UK, and their allies as both “the arsonists and the firefighters” in Syria.

These now publicly available intelligence memos confirm that the US, the UK, and their allies were never interested in protecting civilians, but in orchestrating a violent push for regime change at all costs.

Below are must read excerpts from five leaked, declassified, and censored intelligence documents and secret policy memos, detailing the covert origins of the war in Syria. Direct excerpts are in quotes, and bold emphasis has been added by The Canary.

The following comes from major US defence contractor and private intelligence firm Stratfor, as revealed by WikiLeaks:

I spent most of the afternoon at the Pentagon with the USAF [US Air Force] strategic studies group – guys who spend their time trying to understand and explain to the USAF chief the big picture in areas where they’re operating in.

It was just myself and four other guys at the Lieutenant Colonel level, including one French and one British representative who are liaising with the US currently out of DC…

After a couple hours of talking, they said without saying that SOF [Special Operations Force] teams (presumably from US, UK, France, Jordan, Turkey) are already on the ground focused on recce missions [military slang for ‘reconnaissance’] and training opposition forces…

I kept pressing on the question of what these SOF teams would be working toward, and whether this would lead to an eventual air campaign to give a Syrian rebel group cover. They pretty quickly distanced themselves from that idea, saying that the idea ‘hypothetically’ is to commit guerrilla attacks, assassination campaigns, try to break the back of the Alawite forces, elicit collapse from within.

Once the war had started, the Saudis couldn’t look back – for fear that a victorious Syrian regime would seek revenge against “countries of the Gulf” for their attempts to destabilise Syria.

Below is an early 2012 Saudi internal memo, released by WikiLeaks [along with a translation by The Canary]:

The fact must be stressed that in the case where the Syrian regime is able to pass through its current crisis in any shape or form, the primary goal that it will pursue is to take revenge on the countries that stood against it, with the Kingdom [of Saudi Arabia] and some of the countries of the Gulf coming at the top of the list. If we take into account the extent of this regime’s brutality and viciousness and its lack of hesitancy to resort to any means to realize its aims, then the situation will reach a high degree of danger for the Kingdom, which must seek by all means available and all possible ways to overthrow the current regime in Syria.

The following was revealed in a declassified Pentagon ‘Secret’ Intelligence Information Report (US Defense Intelligence Agency). Note that the ‘Salafists’ (aka Wahhabis) mentioned are followers of the ultra-conservative state sect of Saudi Arabia – which has inspired al-Qaida, Daesh, and other jihadi groups on the ground in Syria.

A. Internally, events are taking a clear sectarian direction.

B. The Salafist [sic], the Muslim Brotherhood, and AQI [al-Qaida in Iraq] are the major forces driving the insurgency in Syria.

C. The West, Gulf countries, and Turkey support the opposition; while Russia, China and Iran support the regime…

8.C. If the situation unravels there is the possibility of establishing a declared or undeclared Salafist principality in Eastern Syria (Hasaka and Der Zor), and this is exactly what the supporting powers to the opposition want, in order to isolate the Syrian regime, which is considered the strategic depth of the Shia expansion (Iraq and Iran).

8.D.1. …ISI [Islamic State in Iraq] could also declare an Islamic State through its union with other terrorist organizations in Iraq and Syria…

The US State Department outlined possible plans to foment political conflict by exploiting “potential vulnerabilities” in Syria 5 years before the beginning of the 2011 uprising and civil war:

Influencing the SARG [Syrian government] in the End of 2006

We believe Bashar’s [Bashar-al-Assad, Syrian President] weaknesses are in how he chooses to react to looming issues, both perceived and real, such as the conflict between economic reform steps (however limited) and entrenched, corrupt forces, the Kurdish question, and the potential threat to the regime from the increasing presence of transiting Islamist extremists. This cable summarizes our assessment of these vulnerabilities and suggests that there may be actions, statements, and the signals that the USG can send that will improve the likelihood of such opportunities arising.

The following according to a Hillary Clinton email released by WikiLeaks:

Please keep close hold, but my team is planning to launch a tool on Sunday that will publicly track and map the defections in Syria and which parts of the government they are coming from…

…we believe [these defections] are important in encouraging more to defect and giving confidence to the opposition. Given how hard it is to get information into Syria right now, we are partnering with Al-Jazeera who will take primary ownership over the tool we have built, track the data, verify it, and broadcast it back into Syria…

We believe this can have an important impact.

Thanks, Jared Cohen I Director [head of Google Ideas]

The video below shows rare US mainstream media coverage of the 2012 Pentagon memo (#3 above), aired on CBS Atlanta:

Update: This article was amended on 6 September 2016 to correct a mistaken reference to memo 4.

– Learn about and support Jeremy Hammond, who leaked the Stratfor files (#1 above).