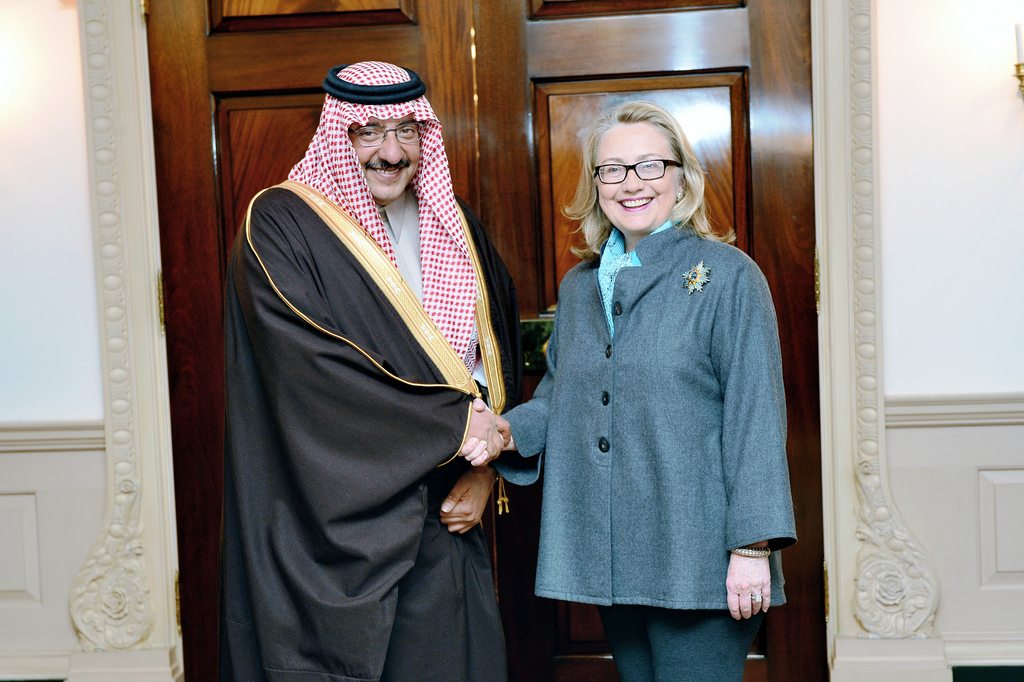 A new Hillary Clinton email published by WikiLeaks as part of the ongoing release of hacked campaign files confirms that Daesh (Isis/Isil) has state backing. And from powerful Western allies, no less.

Anti-terrorism analysts have long seen Daesh as a non-state-affiliated actor which grew out of an al-Qaeda insurgency in Iraq (and later Syria). But the email sent by Clinton herself (dated 27 September 2014) shows there’s much more to the story.

The lengthy email contains a summary assessment of proposed US policy plans in Iraq and Syria. This is based on what the email internally describes as Western and US intelligence sources. Most of the document lays out strategies for pushing Daesh back in the Middle East.

But one section bluntly describes Western allies Saudi Arabia and Qatar as direct supporters of Daesh (“ISIL” in this email):

We need to use our diplomatic and more traditional intelligence assets to bring pressure on the governments of Qatar and Saudi Arabia, which are providing clandestine financial and logistic support to ISIL and other radical Sunni groups in the region… The Qataris and Saudis will be put in a position of balancing policy between their ongoing competition to dominate the Sunni world and the consequences of serious U.S. pressure. [emphasis added]

Clinton herself sent the 2014 email directly from her personal account to campaign chairman John Podesta. But the intelligence content has the look and style of Sidney Blumenthal’s authorship. Blumenthal is a long-time top Clinton advisor who has provided many such sensitive intelligence briefings to Clinton, even when she was Secretary of State.

It appears that Clinton either copied or forwarded the intelligence briefing which was the basis for the short exchange with Podesta.

Both the arsonists and firefighters

The New York Times recently described Saudi Arabia as both “the arsonists and firefighters” in the Middle East. This is because the controversial kingdom clamps down on terrorism at home, while promoting its version of Wahhabi ultra-conservatism abroad.

Saudi Arabia’s relationship with Britain and the US goes back decades, as the oil-rich nation entered into an ‘oil for security‘ pact with the West which can be traced to the US Carter administration, and even to Franklin D. Roosevelt. As such, it has spanned both Republican and Democratic administrations in the USA. And it has meant that the West has routinely looked the other way as the Saudi regime exports extremism, funding a large number of radical mosques and organisations around the world.

Beginning in 1979, the West actively sponsored the rise of a mujahideen army in central Asia in partnership with the Saudis to fight against Soviet troops. Historians view the current US/UK-Saudi covert intervention in Syria as a parallel situation to that of Afghanistan in the 1980s. More recently, the Gulf kingdom has negotiated record-breaking weapons deals with the UK.

In Syria, the West and Saudi Arabia have supported a jihadist insurgency which seeks to topple the Assad government. Leaked documents provided to The Washington Post by Edward Snowden confirmed a CIA covert Syria programme which costs $1bn per year. The secret programme, given the name Timber Sycamore, has involved close coordination with the Saudis and other Gulf regimes like Qatar.

Moreover, a 2012 Pentagon intelligence report (declassified in 2015) predicted that “an Islamic state” would arise out of the Western/Gulf covert program which sought to overthrow the Syrian government. The White House allegedly knew about the secret report. And it was widely circulated within the intelligence community. It specifically names “the West” and “Gulf Countries” as the prime movers backing the jihadist insurgency in Syria.

This leaked email alone should cause the media and Western governments to demand a radical reevaluation of the West’s priorities in the Middle East.

– See this Canary Global exclusive linking Daesh with the current regime in Turkey.

– Read more Canary articles on Saudi Arabia, Syria, and Daesh. See more international reporting from us at The Canary Global.

Featured image via US Dept. of State/Wikimedia Commons