Brazil is about to pass a law to embrace austerity, for the next 20 years - Canary 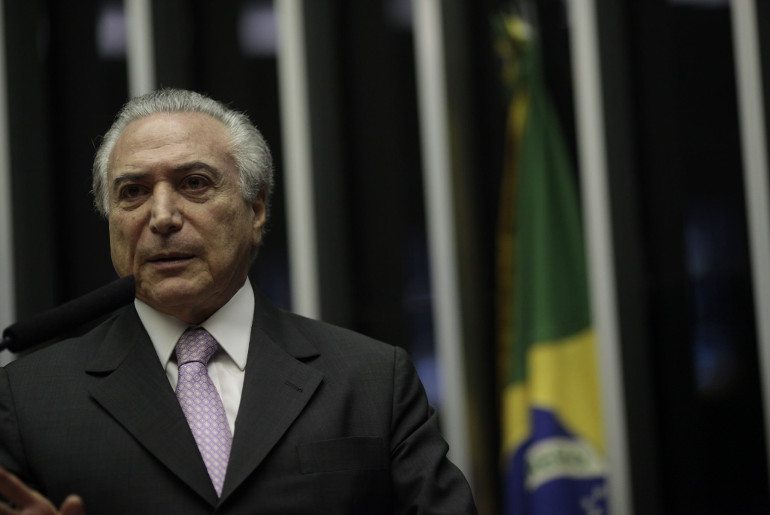 Despite efforts around the world to defeat austerity policies, they’re still very much alive and well. Brazil is a perfect example, as the unelected right-wing government looks dead set on amending the country’s constitution to include a fiscal spending cap that will limit public spending. And not for just one or two years, but until 2037.

If passed, the bill will have dramatic consequences on health, education, social welfare and public services, with all budgets frozen.

It’s referred to as ‘Proposed Constitutional Amendment 241/2016’ (PEC 241). And it is facing strong opposition from social movements and some political parties. These opponents see it as a way of dismantling the welfare state and institutionalising austerity – the ideology slammed by economists like Nobel prize winner Paul Krugman.

Supporters of PEC 241, including unelected President Michel Temer and Finance Minister Henrique Meirelles, argue that limiting public spending will help control public debt, which according to the Central Bank of Brazil was 66.2% of GDP in 2015. (NB: US debt was 73.6% of GDP in 2015, the UK’s was 89%, and Japan’s was 230%.)

The poorest set to bear the brunt

PEC 241 is President Temer’s most ambitious plan yet since President Dilma Rousseff’s controversial impeachment in August. If the bill is passed, public spending would only be increased by as much as the previous year’s inflation, regardless of GDP changes. Since inflation reflects the real value of the currency, this would mean a de facto freeze on spending.

The previous governments of the Workers’ Party, first with Lula da Silva (2003-2010) and then with Rousseff (2011-2016), made social investment their flagship. According to the World Bank, 29 million people were lifted out of poverty in Brazil from 2003 to 2014. Temer apparently plans to steer away from this legacy, though he claims PEC 241 won’t affect the poorest sectors of the population:

There will be more flexibility to use the income, preserving resources for health and education… This may seem like an elitist bill, but it’s not. If we control public spending, everyone will benefit.

Critics disagree, insisting that PEC 241 will put all the weight of the financial crisis on the shoulders of those with the fewest resources. According to Alessandro Molon, from the Rede Sustentabilidade party:

The government says this will help the war on unemployment, but this is war on the unemployed because their health services will decline and there will be less money for education.

Others have pointed out that, while there would be a freeze on health and education budgets, corporate subsidies (which account for 3.4% of the GDP) will remain [Portuguese].

Demonstrations to oppose PEC 241 have been taking place in major cities across Brazil, including Rio de Janeiro and Sao Paulo.

PEC 241 is currently making its way through the Chamber of Deputies, which approved the main text in a vote on 10 October by a majority of 366 to 111. The bill now awaits a second vote in the chamber, on 24 or 25 October. It will then be passed to the Senate if it gets more than 308 votes. In the Senate, two more votes will be necessary to approve it once and for all.

The government’s plan is to pass PEC 241 before the end of the year [Portuguese] so that it can become effective in 2017.

Such a bill would be of serious concern anywhere in the world. But in Brazil, which has high levels of inequality and large parts of the population which rely exclusively on public institutions, the consequences would be dramatic.

– Read The Canary‘s previous articles on Latin America and Brazil.

– Support The Canary as we seek to amplify the voices of oppressed citizens around the world.